In Pursuit of Cooperation: Idaho Police Agencies Join Together 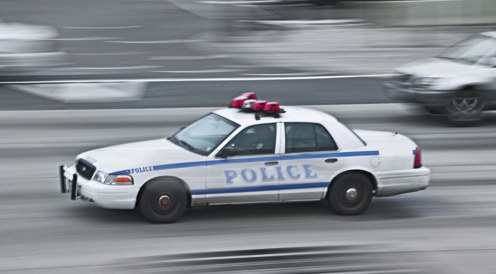 Cooperation among police chiefs and sheriffs dedicated to officer and public safety impacts change and improves areas where obstacles sometimes occur. For these reasons, southwest Idaho, with 22 law enforcement jurisdictions and a population of over one-half-million people, implemented the Pursuit Policy Memorandum of Agreement (MOA).

Boise, the state capital and home to Boise State University, is a fast-growing city of over 200,000 people. Located in Ada County, which has 392,000 metropolitan area residents, Boise shares boundaries and impact areas with five other cities. Due to the close proximity, vehicle pursuits initiated by one agency may travel through several jurisdictions and involve multiple police departments.

In the past, problems occurred during multiagency pursuits and major incidents due to miscommunication and unclear responsibilities. Ada County law enforcement executives met to address information sharing and potential officer and public safety dangers. They initially focused on three main issues: 1) How should agencies communicate as a pursuit moves across jurisdictions?; 2) Who will be in charge as various commands join and leave the chase?; and 3) What department is going to have the authority and responsibility to terminate the event? 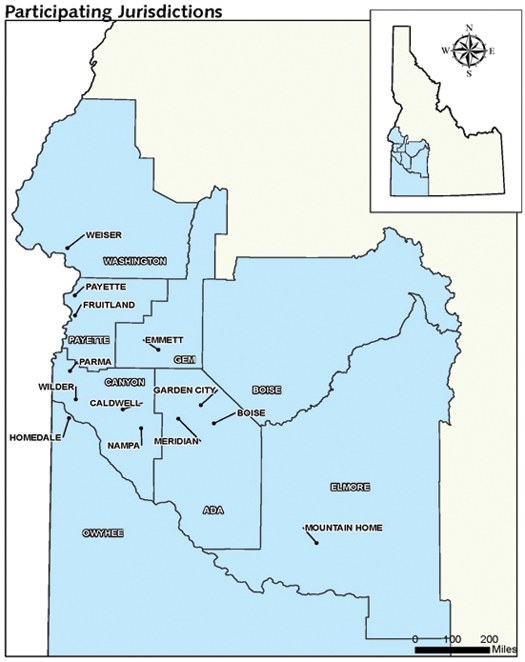 Sixty captains, lieutenants, and sergeants participate in the MAC-LE meetings where vehicle pursuits regularly are discussed. The group discovered that each agency used different language to describe the pursuit process. With other staff they coordinated an interagency process to establish common understanding of pursuit responsibility, communication, and authority. After meeting for six months, the group re-established the Treasure Valley Cooperative Pursuit Policy, which involves five sheriff’s departments, the Idaho State Police, and 16 city law enforcement agencies.

To eliminate confusion, the policy establishes standard definitions. The organization initiating the chase is considered the initial pursuing agency. The department that has primary authority at a particular location along the pursuit path is referred to as the jurisdictional agency.

Each agency establishes and maintains its own pursuit policy. If a conflict arises between the MOA and an organization’s existing policy, the other executives who signed the agreement are contacted to collaborate on MOA revisions.

Under this agreement pursuing officers retain responsibility for determining continuation or termination of a pursuit. However, the incident commander orders the termination. Individual departments and officers can end their involvement if it is contrary to their specific pursuit policies. This information promptly is conveyed to the involved units and the incident commander to ensure appropriate tactical decisions are made.

The incident commander usually is a commissioned officer assigned to the initial pursuing agency who has authority to direct actions, is not directly involved in the pursuit, and is at the supervisory or command level. This leader determines whether to terminate resources and specific tactics. The commander’s identification is broadcast to all necessary agencies and officers.

Regardless of the agencies involved, the incident commander has authority over the pursuit. When a chase is initiated that leads into another jurisdiction, the commander instructs dispatchers to designate a primary radio channel for the pursuit. The initial pursuing agency provides information, including the initial crime, aggravating factors, and the need for immediate apprehension. This enables agencies to make fact-based decisions regarding the pursuit.

All enforcement powers; privileges and immunity from liability; exceptions from law, ordinances, and rules; and pension, relief disability, worker’s compensation, and other benefits are not affected when law enforcement officers are performing their duties under an agreement like this. Each agency retains and assumes liability for the acts or omissions of its officers and holds each other harmless from damages.

This policy cannot address every situation; however, it provides a basic agreement on issues that can cause trouble or jeopardize officer and public safety. The discussions held at the agencies’ operational levels are as important as what is written. The process brings the patrol command-level members together as they discuss different scenarios that the written agreement might apply to. Tragedies sometimes occur when officers pursue criminal suspects through traffic. Agreements, like this one in southwest Idaho, may lower this risk by keeping police pursuits coordinated, well managed, and as safe as possible.