Preserving Community-Oriented Policing in a Recession 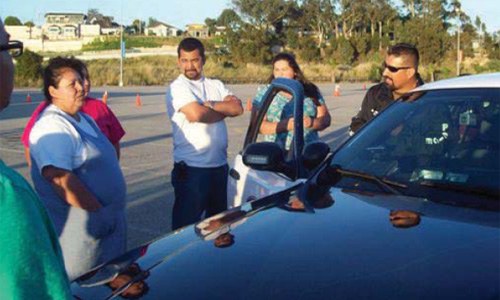 Widespread budget cuts have forced governments and law enforcement agencies to do more with less. Many police departments have had to lay off officers, and some have eliminated all prevention and education programs. During such tough periods, officials often find it easy to go after programs that consume time and resources—even if they yield tangible results.

Yet, even with a need to slash budgets, an important question remains. Can law enforcement agencies really afford to cut community-oriented policing programs? For the Santa Cruz, California, Police Department (SCPD), which has less than 100 sworn officers in a town of 56,000 residents, an established community policing program saved the agency from having to fully lay off officers for the first time in over 140 years.

Community-oriented policing focuses on fostering prevention, building partnerships, and establishing trust. It empowers community members to become stakeholders in their own safety and transforms the image of an agency in the minds of those who support it financially and otherwise— local elected officials, community members, and the federal government.

For the Community Oriented Policing Services (COPS) program, the U.S. Department of Justice awarded over $1 billion in Recovery Act money intended for hiring, rehiring, or retaining officers, encompassing a 3-year funding mechanism to insulate agencies against further budget cuts. But, how do departments tap into such sources of money? What mechanisms can agencies create to ensure that they more likely will succeed when future opportunities arise?

Public safety is both a primary responsibility of local government and a core expectation of community members. This highlights the importance of agency interaction with the community. By doing so, officers can develop relationships and build trust with citizens. They can cultivate community members’ understanding of police services and procedures, as well as their involvement. Also, officers gain firsthand exposure of community concerns and perceptions. Further, they increase both the quality of the agency’s work and the amount of public support.

Establishing these relationships may be simpler than many people think. Officers can start by finding several community-minded people interested in building strong ties among neighbors and with law enforcement regarding issues, such as a Neighborhood Watch program. These individuals then can reach out to other citizens and neighborhoods and, with local law enforcement, build the infrastructure for a strong community policing program. The framework includes informational meetings to introduce officers to their areas of responsibility, educational gatherings to address specific localized problems, and management-level sessions from a broader perspective that involve community and police leaders.

Often, upon implementation of community policing principles, such as holding regular meetings, tangential benefits arise as well. For example, elected officials generally attend these events and can become significant allies in framing an agency’s image. In addition, local businesses— generally the lifeblood of a city tax base—eagerly will partner with police agencies that emphasize this type of outreach. Thus, a department can benefit by staying on top of important issues, as well as positively impacting its reputation. Officers become friends, neighbors, and colleagues. SCPD has strived to develop and maintain relationships with key stakeholders, including all sectors of the business community.

Police agencies must build positive relationships with members of the media in view of their influence on popular opinion and public policy. Of course, implementing a successful community-based policing model will result in more coverage. And, when law enforcement personnel speak to the media, they really communicate with the public at large. Any media coverage of community safety issues exerts a powerful influence on the public’s perception of how the police have addressed its needs.

Through the establishment of a public information officer (PIO) and media training for management staff, SCPD has strived to effectively communicate with the community. Creating a PIO allows an agency to centralize its message and to have someone who can focus fully on providing information to the public and media. This position can remove a great burden from supervisory staff members generally tasked with this function. In addition, the PIO can handle communication duties at crime scenes, allowing investigators to deal with the issue at hand.

Law enforcement leaders should strive to build solid relationships and open communication with elected officials so they can educate them about the agency’s strengths and challenges. This will help government leaders make sound budgetary decisions that can impact the department’s operations.

How can police agencies develop these relationships? They must proactively establish dialogue before a crisis or major budgetary decision arises. Department leaders can reach out to local city council members and assume that they do not have a strong understanding of the agency. Whether or not police executives anticipate the support of elected officials, they still must get to know them individually. What are their values, life experiences, and background? How will those factors shape their perceptions of public safety issues and performance? Departments can proactively maximize opportunities for interaction through invitations to participate in, for instance, roll calls, departmental events, ride-alongs, and community meetings. Anything that develops background knowledge about the agency or creates a sense of shared mission and personal relationships will provide benefits. 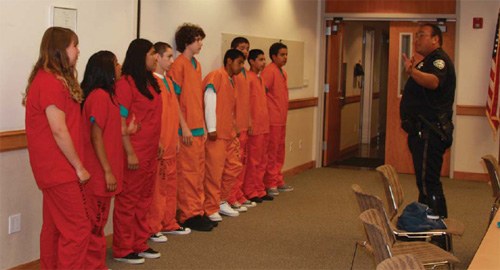 Now, a handful of managers working out of the patrol division oversee community policing efforts. SCPD divided patrol areas and assigned them to police managers who ensure that citizens have a single point of contact. To preserve some semblance of community policing in the department, managers partner with citizen groups to help conduct outreach efforts, mobilize neighborhoods, and facilitate meetings. The partnership equates to an ad hoc community policing partnership that has many strengths and provides a replacement—albeit imperfect—for the former fully funded program.

Besides the obvious cost savings, use of citizen groups to continue the community policing message helps maintain a constant level of communication and partnership with the community as a whole. And, with many agencies transitioning from a traditional field training officer (FTO) program into a police training officer (PTO) system, innovation gleaned from the PTO program easily can be integrated into the ad hoc community policing partnership. With a call for citizens to step up and participate in public service endeavors nationally, now is the time for community policing agencies to use the newly emerging resource. Agencies like SCPD, struggling to financially support a viable community policing program, have found community-law enforcement partnerships the most effective way to maintain the level of service citizens expect. Ultimately, it also has demonstrated a commitment to the communityoriented policing philosophy that has greatly aided the department in receiving federal grant funds and insulated the police from local cuts.

Preserving community-oriented policing in a recession can be accomplished, but it will require changes to traditional outreach methods. To this end, the authors suggest four steps.

In addition, the city has found that the department’s relationship with the community has allowed for a more amenable bond measure environment and greater support for tax increases that support public safety. Beyond the financial benefits, officers have experienced a tangible improvement in their general working relationship with the public. Many officers have found that a simple “thank you” comes more often during their day-to-day patrols.