Research Forum: The Attitudes of Police Managers Toward Intelligence-Led Policing

The Attitudes of Police Managers Toward Intelligence-Led Policing 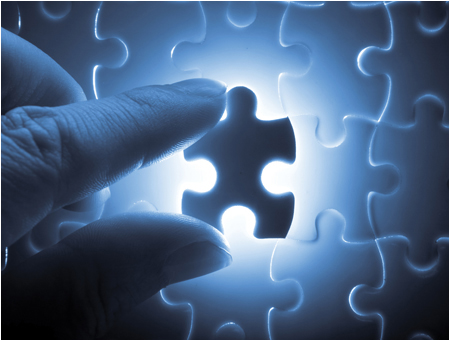 Police departments routinely improve their effectiveness and efficiency. They develop new strategies and tactics for reducing crime and protecting the public. When implemented at street level, even with proper planning, some strategies pose problems. Departments use simplistic explanations, such as lack of resources, to explain strategic or tactical failures.1 Often, a more complex explanation exists. Based on past examinations of policing strategies, implementation problems occur when rank-and-file officers are not included in the planning process. Mid-level police managers and street-level officers receive instructions from administrators to execute the strategy.

Policing strategies have evolved over the years, with intelligence-led policing (ILP) becoming the most current approach to improve police response time. ILP still is in its early stages of development and understanding—not all agencies have adopted it.2 Examination of attitudes and opinions of police managers can help identify hurdles. Based on research findings, when initiating ILP, top police administrators receive the information they need to anticipate problems and understand the mind-set of supervisors.

Strategy changes come from goal shifts. For example, Sir Robert Peel organized the London Metropolitan Police to focus on crime prevention, rather than response.3 Technological developments, such as telephones and cars, caused improvements. These advances reduced response time and expanded the area an officer covered during patrol.

Substantive changes in American policing came early in the 20th century. In the 1930s, it began shifting toward a professional model where officers are hired strictly on qualifications. Agencies started developing standard operating procedures for structure and guidance.4 Police have used different tactics to improve effectiveness. 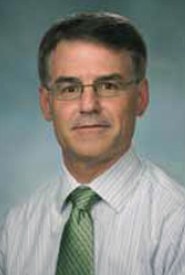 Dr. Phillips is an associate professor in the Criminal Justice Department at Buffalo State College and New York. He is a former Houston, Texas police officer.

In the 1970s, team policing motivated officers working in a ridged military-style organization.5 Community policing in the mid-1980s showed that prevention of serious crime required addressing its root causes, such as low-level disorders or minor offenses. This strategy has led to stronger working relationships between police and the community, which is necessary for effective crime prevention.

Related to community policing, problem-oriented policing (POP) requires the dissection of a problem to identify its fundamental causes and develop a specific targeted response.6 Developed in the 1990s in the New York City Police Department, Compstat, which compares statistics used to track data, is an agencywide strategy for keeping police managers accountable for crime in their precincts.7 This method consists of four components—accurate and timely intelligence, rapid deployment, effective tactics, and relentless follow-up. Natural progression and tactical similarities exist in these strategies.

Police should view crime as behavior resulting from problems or underlying causes, either criminal or noncriminal. Systematic analysis of basic issue information and data related to those underlying problems is key to solving them.10 Compstat requires substantial criminal activity analysis for police or social service agencies to expend resources on the problem.

ILP is an innovative strategy for advancing crime prevention efforts. It is “a strategic, future-oriented, and targeted approach to crime control, focusing upon the identification, analysis, and management of persisting and developing problems and risks.”11 ILP does not involve storing crime data; it integrates them into the strategic police mission, including control of various crimes and terrorist activities.12

This program shares several characteristics with other policing strategies. Still in its developmental stage, it has not matured enough for sufficient examination to determine its success. This may cause agencies to wait until it has worked through its growing pains in other organizations. ILP will spread despite its likely hurdles.

The intent of these various approaches is to improve policing. Evaluations of these methods show that bureaucratic law enforcement agencies change slowly. Police departments possess strong organizational cultures that hold tightly to traditional strategies and tactics. Research has indicated resistance by mid-level managers to new strategies that may cause some loss of authority.13

When top-level administrators enact policing strategies and street-level officers employ them, research has shown that mid-level managers influence the implementation. Therefore, examining the attitudes and opinions of these managers toward ILP is necessary. With this information, it is possible to forecast the strategy’s success or failure.

The FBI’s National Academy (NA) in Quantico, Virginia, provides graduate-level instruction and professional development to command-level municipal, state, county, and federal officers. The goal is to improve the administration of justice by raising policing standards, knowledge, and cooperation.

In April 2011, police managers participated in an ILP and crime analysis study. Two-hundred-forty-six NA students received questionnaires. Two-hundred-eighteen surveys were completed and used in this study. The officers canvassed represented a variety of police agencies, communities, experience and education levels, and ranks. Work experience ranged from six to 35 years, and supervisory experience extended from one to 28 years. Officers attending the NA are not a representative sample of the United States; however, in other studies using these students, the participant diversity was similar.14

Survey questions were based on general strategic and ILP implementation research.15 In this analysis, the respondents’ attitudes toward ILP were encouraging.

When developing programs and strategies, mid-level police managers are an important link between administrators and street-level officers. Understanding these managers’ views is important because those judgments set the tone. Over 85 percent of respondents agreed or strongly agreed that top-level administrators recognize the need for crime analysis information. Sixty-one percent agreed or strongly agreed that officers understand the value of analysis reports. This is a positive attitude, although managers view police administrators and street-level officers differently.

Studies indicated that resources, such as funding and personnel, often are restricted and limit implementation of new programs.16 This must be a consideration with specific crime analysis components. Funding, personnel, training, and technology require dedicated resources that otherwise could be allocated for traditional policing tactics.

According to the NA study, two-thirds of mid-level managers disagreed or strongly disagreed that funding for crime analysis could be used better for patrol or investigation. This finding indicated that managers view crime analysis funding as an acceptable allocation of resources.

Traditional strategies and tactics sustain the culture of policing.17 Law enforcement values “real police work,” rather than activity considered to be outside normal police behavior. The culture traditionally has valued random patrol, rapid response to service calls, and arrests of offenders over long-term focus and time-consuming inquiry needed for crime analysis.

Research indicated that less than half of crime analysts feel accepted as part of police culture. They believe supervisors, not patrol officers, understand the analysts’ role.18 However, 86 percent of NA police managers surveyed agreed or strongly agreed that analysts are accepted. This result is encouraging. Managers can serve as intermediaries and improve officer-analyst relationships. This may motivate analysts to provide high-quality reports and encourage street-level officers to use analysis.

An important police supervisor role is officer motivator, particularly when changes occur in the organization or duties.19 Supervisors accept crime analysis as part of the culture; 85 percent encourage officers to use intelligence reports. This finding, in addition to analysts’ acceptance, is positive news. With supervisors who are optimistic toward crime analysis, effective ILP implementation looks promising.

Crime analysis training is necessary at all levels to educate and influence the culture to accept ILP.20 Four percent of officers stated that they received sufficient guidance to be comfortable conducting crime analysis. Over 50 percent of supervisors reported obtaining enough instruction to understand it. Sixteen percent acquired ample training to make them aware; yet, 30 percent received no guidance.

According to this study, supervisors accept and promote crime analysis and reporting. This is encouraging considering managers received limited training. If instruction levels increase, ILP support may rise.

Mid-level police managers are important in implementing any new program. ILP is an innovative strategy for improved crime control and problem solving. Study results suggested that managers understand and appreciate intelligence-led-policing for its contributions. This means less resistance for implementation. Officers are the primary source of information for analysis and application. Success of ILP depends on mid-level managers and street officers meeting present and future challenges together.

7 Compstat is known by many names throughout the policing industry. The New York City Police Department coined the term Compstat, which stands for COMPuter STATistics. Other terms include ComStat (Command Status) in Newark and FastTrack, formerly in Los Angeles. J. Eterno and I.B. Silverman, “The New York City Police Department’s COMPSTAT: Dream or Nightmare?” International Journal of Police Science and Management 9 (2005): 218-231.

11 W. de Lint, “Intelligence in Policing and Security: Reflections on Scholarship,” Policing and Society: International Journal of Research and Policy 16, no. 1 (2006): 1-6.

15 Based on his consideration of officer familiarity, the author used the term crime analysis, as opposed to the phrase intelligence-led policing, in the multiple survey questions.