An Important Aspect of Building a Successful Case

An Important Aspect of Building a Successful Case 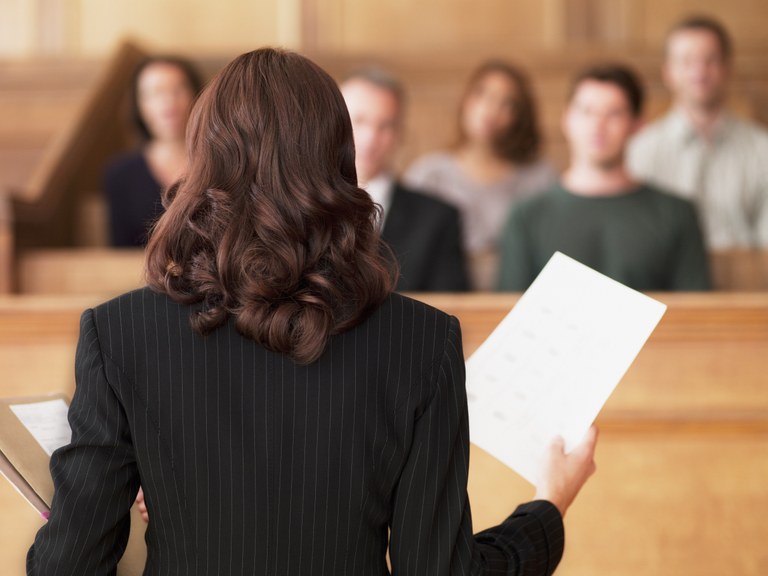 Despite the expertise and effort of skilled investigators and prosecutors, courts scrutinize convictions on appeal. In the face of increasingly tough legal review, effective investigators should leverage the tool of jury instructions to strengthen their cases. Jury instructions provide helpful explanations of the law, are available online and address key issues of fact and law. This article addresses five specific reasons why every investigator should use jury instructions and provides some practical tips on how to use them in investigations.

Use of Jury Instructions

1) They Are Valued by Judges

All the hours and effort that investigators put into building a case mean little if the evidence does not support a provable offense that can sustain the court’s review on appeal. The law determines what evidence matters in a particular prosecution and appeal. Judges decide what the law is in a case, and they begin with the instructions. Investigators should do the same.

2) They Provide an Accessible Explanation of the Law

By design, instructions are phrased so that juries of American citizens can understand them. Investigators can also benefit from the clear-cut phrasing of instructions as they strategize and build their cases.

Mr. Fishman is a criminal investigator and a former assistant U.S. attorney.

3) They Help Create an Evidentiary Roadmap

However, jury instructions are like a topographical map with texture and layering, as opposed to the two-dimensional elements by themselves. By not only listing the offense elements but also providing clear and detailed explanations and references to relevant legal cases, jury instructions can give investigators a much broader and deeper understanding of how to investigate and prove their case. Instructions put the “meat” onto the “skeleton” of the elements.

4) They Help Get the Case Accepted for Prosecution

Prosecutors and investigators often view cases differently, with investigators correctly identifying the threshold of probable cause to charge or arrest. However, prosecutors tend to review cases with an eye toward not only proving the elements but also persuading beyond a reasonable doubt. Prosecutors are more likely to have spent extensive time fighting in court, where the arguments move far beyond the elements to the nuances. Jury instructions provide critical details that help investigators see the perspective of the prosecutor, anticipate the weaknesses in a case and identify how to strengthen an investigation. Thus, instructions can also help investigators avoid declinations.

5) They Help Gain and Sustain a Conviction at Trial

By maintaining awareness of the relevant instructions, investigators will better anticipate lines of attack from defense attorneys. For example, if an instruction defines intent in a particular way, investigators can look for supporting evidence that meets intent based on that specific definition. Similarly, by using jury instructions early, investigators can construct and approach their case in a way that anticipates questions and withstands scrutiny from the judge and jury during deliberations.

For practical application, investigators can imagine three hypothetical scenarios: a white collar crime, a computer crime and a drug offense. One example of the potential use of jury instructions will be provided for each type of crime.

An agent outside of Baton Rouge, Louisiana, receives an anonymous tip about potential bribery of an Environmental Protection Agency (EPA) official. The tipster reports that an individual — the leading favorite to become a regional administrator for the EPA — is offered lifetime family discounts on luxury clothing items at a family business. In return, the official will avoid inspecting certain family farms suspected of containing toxic chemical dumping sites.

First, the agent learns from the instructions that the statute covers nominated public officials, including those who have been officially informed that they will be nominated or appointed. Thus, the investigator will need to find evidence that not only was the individual a favored nominee but also that the person had, in fact, been nominated, appointed or officially informed. Second, the agent learns from the instructions the requirement to prove that inspecting for dumping sites would be an official act required of the individual. Third, the investigator learns of the need to seek evidence that the discounts were offered “corruptly” — with an unlawful purpose, such as to hide illegal chemical dumping. The agent also reviews the instruction for 18 U.S.C. § 201(b)(2), which helps build the case for the official’s receipt of a bribe.

An investigator outside of Chicago receives a complaint from a 15-year-old high school student’s concerned parent. The distraught parent provides emails containing a demand for payment of $25,000 immediately through PayPal, with a threat to post nude images of the student on Facebook — some of which were attached to the email. Although the child admits to sexting with college students the previous year, there is no identified suspect.

“All the hours and effort that investigators put into building a case mean little if the evidence does not support a provable offense that can sustain the court’s review. ... ”

The investigator pulls up the jury instructions from the Seventh Circuit Court of Appeals and reviews potential charges.5 First, the investigator reviews the Computer Fraud and Abuse Act (CFAA), 18 U.S.C. § 1030, for a charging option for extortion.6 However, the CFAA instructions show that extortion under the CFAA would require a connection to a “protected computer” — meaning one for a financial institution or the U.S. government.7 The investigator continues to search for extortion and reads the instruction for the Hobbs Act, 18 U.S.C. § 1951. Then, the investigator decides that a charge for attempted extortion under 18 U.S.C. § 1951 would probably best fit the known facts, though it will be necessary to gather proof of the reasonableness of the fear and the interstate commerce connection. Armed with the details from the instruction, the investigator is poised to pursue the case more efficiently and effectively without squandering time on irrelevant charges.

An undercover investigator in Las Vegas, embedded with a group of young business executives, sees an individual at a party offering to sell drugs, such as bath salts, gamma-hydroxybutyrate (GHB) and ecstasy. Further investigation revealed that the seller was a minor recruited by a well-known athlete.

The investigator looks up the Ninth Circuit Court of Appeals jury instructions for using minors to sell drugs.8 Several important facts emerge, including that the government would not be required to prove that the defendant knew the age of the minor; the law merely requires proof that the individual was, in fact, a minor. Further, the investigator learns that the law requires gathering specific proof about the defendant’s knowledge of the drug analogs.9 The investigator realizes this is a complicated area of the law and that it will be necessary to approach the case with a careful understanding of how to prove the analog. Hence, the instruction alerts the investigator to the right questions to ask and the expertise required for the case.

“Jury instructions provide critical details that help investigators see the perspective of the prosecutor, anticipate the weaknesses in a case and identify how to strengthen an investigation.”

Mr. Fishman can be reached at dillon.fishman@gmail.com.