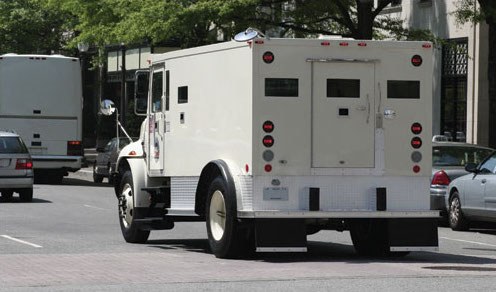 As part of their job, armored car operators carry weapons to protect themselves and the valuables they transport. Federal laws serve the needs of these employees by giving them authority to carry handguns under proper conditions. By allowing armored car operators to do their job efficiently and safely, these federal laws also facilitate interstate commerce and, thus, a healthy economy. The armored car industry and law enforcement agencies must understand these important laws and work together to ensure that they govern as intended.

Regarding concealed-carry permits for handguns, states differ in approach. Some constitute “shall issue” jurisdictions—they must grant the permit unless the applicant becomes disqualified by statute. Other states comprise “may issue” jurisdictions where they, as the issuing authority, make the decision. In additional instances some states require no permit or license to carry a handgun either openly or concealingly.

One of the stricter issuing states, Maryland requires applicants to demonstrate a qualifying need and to undergo a criminal history check.1 Further, the permit may have limits in its use, and persons must have it when possessing a handgun.2

Maryland law prohibits wearing, carrying, or transporting weapons—concealed or open—on the person, in a vehicle, or on public school property.3 However, statutes provide enumerated exceptions, including use by persons issued a permit; active assignment for law enforcement officers; transport to or from a place of legal purchase, bona fide repair shop, or bona fide place of business; active duty for members of the military; target practice for licensed users; safety-class transportation by bona fide gun collectors; maintenance on persons’ property or business; operation by authorized supervisors during the course of employment within a business establishment; use as a signal or distress pistol; or transport by persons surrendering the weapon to law enforcement authorities.4 In Maryland courts the accused have the burden of proving eligibility for a particular exception.5 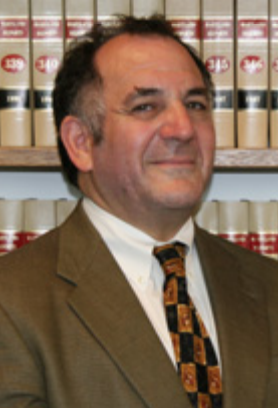 In 1993 Congress enacted the Armored Car Industry Reciprocity Act (ACIRA).6 The original act aimed to lift the burden created by states’ diverse requirements for licensing and issuing permits to carry handguns and “allow armored car crew members to travel freely in interstate commerce” while protecting transported valuables.7 The act provided, “This chapter shall supersede any provision of state law (or the law of any political subdivision of a state) that is inconsistent with this chapter.”8

The industry and various states sought changes to the original act. Subsequently, Congress authorized changes that resulted in the Armored Car Reciprocity Amendments of 1998.

1) has in effect a license issued by the appropriate state agency (in the state in which such member is primarily employed by such company) to carry a weapon while acting in the services of such company in that state, and such state agency meets the minimum requirements under subsection b) of this section; and

For both the initial and subsequent license issuance, federal law relies on each state to determine to its own satisfaction that “the crew member has received classroom and range training in weapon safety and marksmanship during the current year from a qualified instructor for each weapon that the crew member will be licensed to carry.”10 Licensees hold the duty of qualifying on every weapon they will carry each year. Each state must keep detailed records of any armored car crew member issued a permit in that jurisdiction, and those records must include every weapon the crew member received training on and when that instruction occurred.

The statute goes on to mandate “the receipt or possession of a weapon by the crew member would not violate federal law, determined on the basis of a criminal record background check conducted during the current year.”11 The issuing state must perform a criminal background check initially and for every subsequent renewal by the crew member. Any issuing state that is not a point of contact for the National Instant Criminal Background Check System (NICS) should contact the FBI directly to ascertain the applicant’s eligibility for the license or permit.12

In McGarvey v. Biswell, the U.S. District Court for the Central District of Illinois decided a civil action by a father and son who alleged that as armored car crew members they had exemption from Illinois law.13 The plaintiffs were driving a load of meat in a semitractor trailer from Denver, Colorado to the U.S. Mint in Philadelphia, Pennsylvania when the Illinois State Police stopped them for speeding. According to one of the troopers, “the McGarveys wore street clothes, rather than the uniforms they were required to wear when hauling armored loads. The truck had some of the attributes common to armored vehicles—thick bullet-proof windshield glass, gun ports, and black borders around the windows—but did not look like a conventional…armored car.”14 Authorities recovered loaded weapons from the vehicle.

The plaintiffs relied on an Illinois exception making the state law inapplicable to “guards of armored car companies, while actually engaged in their employment or commuting between their home and places of employment.”15 They also cited the ACIRA.16

Assessing the defendants’ motion for summary judgment, the court stated, “[a]t the time of the arrest the plaintiffs were hauling frozen meat, a cargo which is not considered an armored load; they were dressed in street clothes rather than in the uniforms they are required to wear when hauling armored loads; and finally, they were driving an armored semitractor trailer rather than a more conventional…armored car.”17 In granting the defendants’ motion for summary judgment, the court found that a law enforcement officer easily could have “concluded that plaintiffs were not acting as ‘armored car crew members’ or ‘guards of armored car companies’ or persons ‘actually engaged in the performance of ’ driving ‘an armored car.’”18

In Smith v. United States, the District of Columbia Court of Appeals heard an argument regarding the applicability of the ACIRA.19 The appellant, a former Washington, D.C. police officer, worked as an ATM technician while waiting for reinstatement to the department. Officers pulled him over when he failed to obey a stop sign. Then, they observed what they described as a fanny pack that looked similar to a holder for concealed weapons.20 The appellant contended that his Virginia license permitting him to carry his firearm for employment was applicable under the Act in the District of Columbia. The court, applying the facts elicited during a plea hearing to the appellant’s appeal argument, found that he “was carrying his loaded weapon through the District on his way to his wife’s house at 1 a.m. to ‘sleep for a few hours and have breakfast with his daughter’ the charges occurred several hours before appellant was planning to leave for work.”21 Smith was not in uniform nor in the service of his employer when stopped by police.

In another case, while inside a Maryland hospital restroom, a deputy sheriff noticed an individual wearing civilian clothing, as well as a handgun in a holster on his right hip. Confronted by the officer, the subject explained that he worked for an armored car transport company based in Virginia. However, no evidence indicated that he was on duty. He had no handgun permit on file with the Maryland State Police.

The defendant had a criminal history for possession of a concealed deadly weapon, theft, and failure to appear. A consent search of his vehicle, parked illegally in a fire lane outside the main lobby of the hospital, revealed over $50,000 in U.S. currency, a bulletproof vest, and ammunition. Ultimately, he was charged with “wearing, carrying, or transporting a handgun.”22

Armored car companies must teach their employees that they may carry a firearm while acting in the service of the company as long as they have a license issued by an appropriate agency in the state of primary employment and the state’s requirements comport with those at the federal level.23 Further, crew members must have received classroom and range training in weapons safety and marksmanship during the current year from a qualified instructor for each weapon that the employee will be licensed to carry, and the receipt or possession of a weapon by the crew member must not violate federal law as determined by a criminal record check conducted during the current year.24 The safety of employees and law enforcement officers depends on such ongoing training.

The free flow of interstate goods is essential to a healthy economy. Congress acknowledged this when it passed the Armored Car Industry Reciprocity Act. However, although the Act has been in place for almost 20 years, it still is misunderstood by the industry, as well as law enforcement agencies. Armored car companies and police departments must work together to educate armored car crew members regarding the circumstances in which the Act permits them to have a firearm on their person or in their possession.

“The armored car industry and law enforcement agencies must understand these important laws and work together to ensure that they govern as intended.”