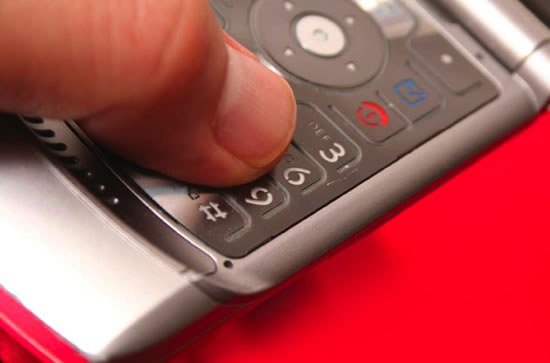 An inmate escaped from a Kansas prison allegedly with the aid of a phone smuggled in by an accomplice.1 In Texas, a death row inmate charged with killing four persons, including two teenage girls, allegedly used a wireless phone from within the prison to threaten a prominent state senator and his family.2 These incidents serve as just two examples where individuals used cell phones to facilitate criminal acts from within a correctional institution.

The authors have examined the real and potential dangers that inmate wireless phone possession poses not only to prison and jail personnel and other prisoners but to the community at large. Their study focused particularly on the methods of concealment, as well as prevention strategies, including detection and proposed legislation, to minimize the harm of cell phone use by inmates.

A study of Kentucky correctional personnel found that 92.2 percent believed that inmates should have telephone privileges.3 At least one court has suggested that prisoners may have a right to access.4 However, it is important to acknowledge that this right has limitations. Restrictions may not only limit the number of persons an inmate may call but dictate that none of the individuals have a criminal record.5 As a general matter, correctional staff may monitor inmate calls when “pursuant to a policy statement” and when prisoners receive “reasonable notice that monitoring of telephone conversations might occur” (although a different analysis likely would apply to legal communications).6 Finally, authorities may impose restrictions on telephone use based on the security level in which an inmate is housed.7

Even despite such limitations, inmate telephone use sometimes may facilitate criminal activity. A recent report concluded that “a significant number of inmates use prison telephones to commit serious crimes.”8 While prisoners may use their cell phones for benign purposes, such as maintaining contact with family and friends, the devices also may provide inmates with an avenue for conducting criminal activity without concerns about the restrictions imposed on landline telephone use.

Seriousness of the Problem

Cell phones represent the latest concern in authorities’ constant struggle against prison and jail contraband. Inmates smuggle them into facilities in increasing numbers. For example, in 2008, approximately 2,800 devices were confiscated by California officials alone.9 During a massive search in a Texas institution, authorities recovered approximately 300 wireless phones, including 18 from death row inmates.10

The problem of smuggled devices in prisons occurs worldwide. Authorities in India confiscated more than 600 cell phones in a Gujarat facility.11 Guards at the Danilio Pinherio prison in Brazil discovered that inmates used pigeons to fly phones and related parts in and out of the institution; prisoners there allegedly have used wireless phones to coordinate a wave of assaults on law enforcement agencies, banks, and public buses, killing hundreds of people.12

Dr. Burke, a former police officer, is a professor of criminal justice at Radford University in Radford, Virginia.

Dr. Owen is an associate professor of criminal justice at Radford University in Radford, Virginia.

One Maryland official stated, “Cell phones are perhaps the worst type of contraband because, in most cases, they provide an easy, continuing connection back to the inmate’s life on the street—the type of lifestyle that led to them being incarcerated.”13 Prisoners have used them to, for example, intimidate and threaten witnesses; transmit photographs, including offensive pictures sent to victims; orchestrate crimes, such as gang activity; coordinate escapes; bribe prison officers; order retaliation against other inmates; text other prisoners; gain access to the Internet; and create security breaches.

Visitors and employees also smuggle wireless phones and related paraphernalia into prisons. In some cases, staff members have accepted bribes, usually for several hundred dollars per device, from inmates to sneak cell phones into facilities. For example, one correctional officer reported earning more than $100,000 by charging prisoners $100 to $400 per device. Smuggled wireless phones also provide a source of additional income to inmates who charge other prisoners up to $50 for each call placed.16

As a result of the influx of wireless phones within facilities, officials have taken aggressive measures to detect them. Authorities have implemented not only random cell inspections but perimeter searches. In one case, officials discovered wireless devices outside a perimeter fence and determined that a makeshift launcher catapulted them over the prison wall.17 Some institutions have used traditional security measures, such as metal detectors; X-ray technology; and routine searches of staff, visitors, and contractors, to detect cell phones.18 Officials also have used body orifice security scanner (BOSS) systems to detect cell phones and parts concealed in body cavities.19

An innovative proactive approach to detection is the use of dogs. For instance, as part of their crackdown on cell phone possession by inmates, the Maryland Department of Public Safety and Correctional Services uses canines trained specifically to detect wireless devices,20 including even the small SIM cards, which is important because prisoners often store them separately, “minimizing the loss in case a phone is seized.”21 The use of dogs to sniff out cell phones has proved quite successful. According to one report, “In fiscal year 2008, 849 cell phones were found within the facility or intercepted outside of the facility on prison grounds at 24 facilities….”22

Some agencies have begun to use electronic cell phone detection systems, which can indicate to security staff when a device is in use in a facility. Some such systems rely on wireless sensors to detect phone signals.23 Others may be hardwired within a facility. Although effective, use of these technologies requires start-up costs.24

“Jamming is a radio frequency (RF) technology used to disrupt cell phone signals.”25 Along with denial of service and passive interception, this may seem like an attractive possibility; however, it is illegal unless done pursuant to specific authorization. As noted in section 333 of the Federal Communications Commission (FCC) Act of 1934, “[N]o person shall willfully or maliciously interfere with or cause interference to any radio communications.”26 The penalty specified for jamming is a maximum fine of $11,000 per day and the potential for criminal prosecution.27 Some states, as well as Washington, D.C., have requested that the FCC revisit its antijamming policy.

Currently, Congress is examining the possibility of permitting the proactive use of jamming to prevent inmates’ use of cellphones in correctional institutions. One bill under consideration would allow “state governors or the Director of the Federal Bureau of Prisons to petition the FCC to permit mobile jamming in prisons.”28

Despite successful testing of jamming technology that blocked only the targeted signals in prison settings around the globe, inadvertent interference with legitimate cell phone service does pose a real concern. For instance, jamming at one institution disabled cell phone service to approximately 200,000 nearby residents.29

Also important to consider is how jamming might interfere with public safety. For instance, jamming technology could affect police radio and cell phone reception in the event of an emergency response or the transmission of vital information. In one situation, a school system jammer used to prevent students from using their cell phones during class incapacitated a sheriff’s cross-band repeater. This posed a danger during an active SWAT team activity.30 Additionally, of course, the same technology that prohibits inmates from using wireless phones also would prevent correctional personnel from doing the same for routine business or in the event of an emergency.

Some inmates prefer wireless phones so they can bypass telephone monitoring systems within the prison. Cell phones provide them a means of private communication with minimal oversight by authorities. Further, inmates argue that wireless phones are less expensive than pay phones for maintaining contact with family.31 Additionally, according to some defense attorneys, the use of cell phones merely is a method for prisoners to communicate with family members who live in locations where pay phones do not currently exist.32 It is unlikely that such a claim would be sustained in court, as cell phone restrictions more likely would be viewed as “reasonably related to legitimate penological interests.”33

A more practical concern to correctional administrators is financial, as inmate telephone use generates agency revenue. For instance, a 1995 study found that such income totaled $96.4 million for 31 state correctional agencies.34

This problem likely will not disappear in the near future. However, effective prevention strategies and workable policies can help minimize it. First, correctional institutions need to continue their vigilance toward detection of smuggling and possession of the devices by prisoners, using both traditional and innovative methods (e.g., canines). Second, if jamming becomes legal, research on the usage of these technologies should continue. Third, jurisdictions should consider criminalizing inmate cell phone possession, rather than treating it as ordinary contraband; officials in California have introduced such a bill.35 Finally, authorities should encourage the use of technology as a prevention and detection strategy for cell phones in prisons.

At one time, drugs and tobacco served as the contraband of choice by prisoners. Now, wireless phones are becoming popular. Correctional personnel must maintain excellent intelligence gathering and uphold effective practices to minimize the dangers posed by inmate wireless phone possession.

Prisoners have smuggled cell phones into institutions and used them for various purposes, some illegal and even dangerous. However, the authors feel that authorities can implement effective strategies that can successfully minimize the problem and help protect jail and prison personnel, other inmates, and the public.