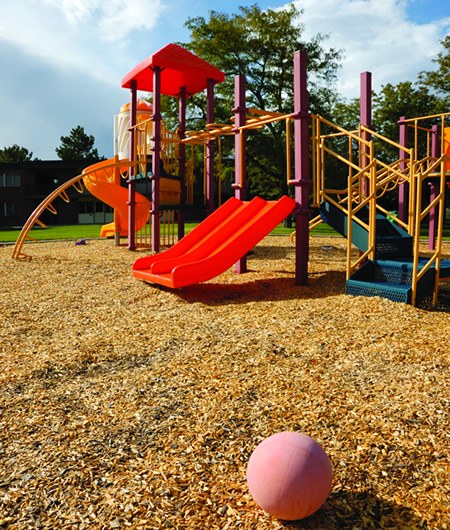 A statue stands in a shaded place,
An angel girl with an upturned face,
A name is written on a polished rock,
A broken heart that the world forgot.1

In 1987, the death of a 7-year-old boy at the hand of his mother’s live-in boyfriend raised many questions about the procedures and practices used by the area’s agencies that protected and served children. Newspaper articles brought into question the roles and responsibilities of the various organizations that had dealt with the family prior to the youngster’s death and why a closer working relationship did not exist among them. These questions were directed at the local children’s social service, the schools, and the police because all had contact with the family. But, the information that each possessed was either not available or only so in small amounts to the other agencies involved. What could the community do to ensure better coordination among these entities? To illustrate an effective solution, the author presents an overview of the child fatality review process by using an example from his local community of Summit County, Ohio.

Following the tragic death of the young boy, the children’s services board initiated an effort to address the communication problem among the community’s agencies. Members brought in experts from the medical, social, and legal fields for a symposium that presented information on how other communities had banded together to review child fatalities and seek preventive solutions. Relying on models in practice, a core group of participants gathered to study and begin the review process of child fatalities. The committee, composed of representatives from local child-serving agencies, public health officials, medical practitioners, the medical examiner, prosecutors, and law enforcement personnel, began with two main goals.

In July 2000, Ohio passed a law mandating that each county in the state establish a child fatality review board governed by its department of health. To accomplish the law’s ultimate purpose of reducing the incidence of preventable child deaths,3 each review board would:

The Summit County Child Fatality Review Board examines all of the child deaths that have occurred within the jurisdiction and incidents involving youngsters who lived in the county but died outside the area. The process starts with each member receiving a packet provided by the county’s department of health that includes the death and birth certificates for each child who recently died except those involved in a pending criminal investigation.5 As with all cases reviewed, confidentiality is required by law. 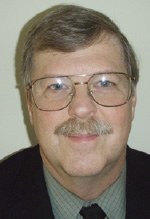 Lieutenant Kelley is the unit commander for the Juvenile Bureau of the Akron, Ohio Police Department.

First, the board examines the death certificate, which provides the cause and manner of death as determined by the medical examiner or the child’s physician when the case does not involve the medical examiner. Next, it reviews the birth certificate, which covers general information about the child and the parents and details regarding the mother’s pregnancy history, both past and current.

In reviewing cases involving abuse or neglect, the committee members report on the contact they have had with the family. Children’s social services will provide a history of their investigations regarding any abuse and neglect and their referrals to other agencies for follow-up assistance or training. This could range from life-skills training to medical services. Health providers will discuss training and other assistance provided to the family, for example, referrals that the parents received during and after the child’s birth to the Help Me Grow program.6 With older children, the schools can provide information on their progress and whether they have had disciplinary or attendance issues. Both areas can be indicators of problems occurring within the family. Once again, where concern for a child has arisen, each agency will show what steps it has taken to correct the problem or to refer family members to another organization better suited to help them. Law enforcement will discuss contacts with the youngster and the family regarding arrests, calls of service to the household, and missing person reports about the child. While arrests are important factors to consider, they do not always reflect the complete dynamics of the family. Calls of service can reveal incidents of domestic violence and other family-related difficulties where no arrest took place. Missing person reports also can prove significant because many involve a juvenile running from a situation. Combining all of the information from the reporting agencies creates a clearer picture of the child’s life and the roles that the community’s various agencies have played in it. The information also can show the deficiencies, or “holes,” in the system that need correction.

After presenting all of the information, the committee discusses whether the death could have been prevented. Was a known safety risk ignored, or was the family even aware of the risk due to a lack of information? However, not all of the public information regarding safe practices is consistent.

For example, some private organizations encourage sleeping with a newborn to promote bonding between the parents and the child. However, this practice can prove deadly if a parent rolls over on top of the child while sleeping. Each year, the committee investigates and reviews cases that list this as either the cause of or as a contributing factor to an infant’s death. Some of these deaths are ruled undetermined if the medical examiner cannot ascertain whether they resulted from asphyxiation or a criminal act. During this portion of the process, committee members often discover additional information that may have contributed to the death. For example, during a discussion about an infant who died in a crib, a member asked about the make and model of the bed. It turned out that the manufacturer had recalled the crib for structural problems. Another member then suggested that the committee notify all of the community’s social service agencies about the recall and have them check the model against any donated cribs that they had received. Members compiled a list of organizations and sent out an informational letter describing the committee’s safety concerns with the recalled crib and the potential dangers of its continued use.

Local child fatality review boards analyze the data they have collected for trends occurring in their counties. They address the necessary means and modes to educate the community to eliminate preventable deaths. Programs have mirrored national campaigns, such as the Back to Sleep and Don’t Shake programs.7 Members gather resources for educational purposes and distribute them throughout the community. In certain instances, as with the Don’t Shake program, volunteers provide personal instruction to schools and other groups. With most review committees relying on their agency members for operating costs, they have to be extremely resourceful to get their message out. They have turned to their communities and local member agencies to provide funding for informational flyers, training videos, and other aids, which they distribute to schools, social programs, health departments, hospitals, private doctors, and retail businesses.

Each county review board sends the data it has collected to the state’s department of health where such information forms the basis for the state’s annual report of child deaths. The boards include their decisions concerning whether they believed that any deaths could have been prevented. These are subjective decisions based upon their reviews, which rely heavily on information gathered from investigations of the deaths and medical records of the deceased children.

To aid their local child fatality review committees, law enforcement personnel and medical examiners must conduct thorough investigations of all deaths. Scene investigations are essential to the successful completion of all cases, both criminal and noncriminal. This proves especially important when investigating the death of a child. Many community organizations use the observations and information gathered from the scene to better understand why the child died and to determine if the death could have been prevented. Concise documentation of seemingly unimportant details, including sleeping conditions and positions, the victim’s clothing, and room temperature, can provide the clues necessary for an accurate ruling on the death. All of this information then becomes part of the department of health’s statistics. The more accurate the investigations, the better the analysis of why children die, which may lead to the development of ways to prevent such tragedies.

Child fatality review boards have been in existence for only 30 years. Since their inception, they have expanded both geographically and in content. From analyzing child abuse and neglect cases to studying all child deaths, their ultimate goal is the prevention of these tragic occurrences. Studies have shown that projects like the Back to Sleep program have reduced the number of sudden deaths of infants by as much as 40 percent.8 Law enforcement has a major role to play in this process by conducting thorough scene investigations. This information, along with data obtained from medical examiner autopsies, will present an accurate picture of the manner of death. With this valuable information, the development of prevention programs can be directed toward reversing these fatalities.

1 Martina McBride, “Concrete Angel,” Greatest Hits, RCA Records, 2001, written by Stephanie Bentley and Rob Crosby, produced by Martina McBride and Paul Worley.
2 Michael Durfee, George Gellert, and Deanne Tilton-Durfee, “Origins and Clinical Relevance of Child Death Review Teams,” Journal of the American Medical Association 267 (1992): 3172-3175.
3 See Ohio Department of Health, Child Fatality Review website at http://www.odh.ohio.gov/odhPrograms/cfhs/cfr/cfr1.aspx.
4 Counties that had review committees converted them to follow the guidelines established by the state’s new law.
5 These deaths are either briefly reviewed or postponed until the prosecution is completed or the case has been closed by law enforcement.
6 For information on this program, access http://www.ohiohelpmegrow.org.
7 For information on the Back to Sleep program, access http://www.nichd.nih.gov/sids/ and for the Don’t Shake program, access http://www.dontshakejake.org/.
8 See Ohio Department of Health, Sudden Infant Death website at http://www.odh.ohio.gov/odhPrograms/cfhs/sid/sids1.aspx.