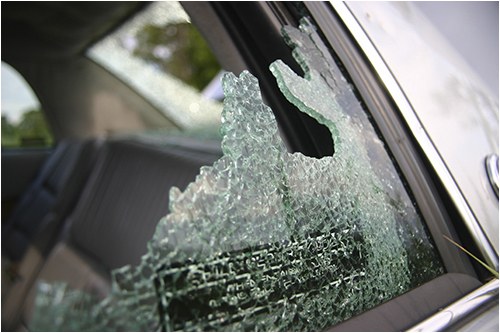 In January 2011 the city of Redlands, California, 60 miles east of Los Angeles, was experiencing budget cuts. City management had to decrease personnel levels, which led to a reduction in city services. The Redlands Police Department’s (RPD) sworn ranks dropped by 22.4 percent, from 98 officers to 76. Management prohibited overtime unless a violent crime occurred that resulted in death or severe bodily injury.1

Traditionally, RPD administrators have allocated the necessary resources to tackle crime trends. In the last 18 years, the city experienced 50 homicides; police solved 49.2 Innovation and technology allowed the department to work with the community in an ongoing effort to reduce crime.

RPD faced the problem of maintaining the same level of service with a drastically reduced budget. The crime rate was rising, with property crime increasing by 20 percent. Without funds for extra patrols, surveillance operations, and educational programs, the chief encouraged staff to look at technology for answers.3

Subsequently, the RPD watch commander reviewed and signed multiple vehicle burglary reports; all incidents occurred at the same fitness center parking lot. The modus operandi appeared the same—suspects would smash a car window and steal laptops or purses left unattended while the owners exercised in the fitness center. Often, by the time the victims discovered the thefts, their credit cards already were used.

Previously, police commanders approved costly undercover surveillance operations involving teams of officers. These teams watched the target location for hours and hoped to be present when the burglars struck. Such operations were expensive and often ended with a hefty price tag and no results.

RPD’s watch commander questioned whether police departments could use the same technology to address crime trends that financial institutions use to protect their assets. The officer contacted a company that specialized in deploying high-tech GPS tracking devices and had done so in over 40,000 banks across the United States and Europe. The key was to determine if law enforcement could use such devices to solve crimes.

The department decided on a strategy to address the vehicle burglary problem outside the fitness center. Officers parked an unmarked locked car containing a laptop with a motion-activated GPS transmitter on the front passenger seat in the parking lot prone to automobile burglaries. In less than 45 minutes, an alarm sounded in the RPD Communications Center indicating the laptop was moving. 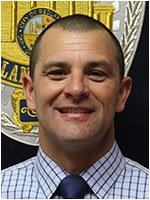 Dispatchers accessed a secure website that provided a detailed map indicating the laptop’s direction and speed of travel. They quickly relayed the information to responding units, which led to the suspect’s vehicle at a nearby gas station. Two probationers, along with the laptop computer and several other “bait” items, occupied the automobile. After apprehending these two career criminals, the department began to see a decrease in vehicle burglaries at the fitness center, and 24/7 electronic stakeouts began.

The special GPS transmitters are available only to law enforcement agencies, financial institutions, and corporate security teams. Officers can complete all feature modifications and activations through any device with Internet-connection capabilities—there is no need to download software onto department computers. The trackers are programmable to update every 6 to 60 seconds and automatically check in with computer servers from every 5 minutes to 12 hours. Users also can “ping” the device to force it to activate.4

Key features include the “hibernate” mode that allows the user to deactivate the tracker until a certain time and a “no-motion-reset” feature, which enables the GPS device to reset automatically after being stationary for a set period. A key component is the built-in radio frequency transmitter. This helps law enforcement officers pinpoint the location of the device if someone takes it into a house, an apartment, a parking structure, or any site where it could be difficult to find.

The devices contain several different features that enable deployment using a variety of methods to address various types of crime. Each rechargeable unit has batteries that allow authorities at least 4 hours to locate the device once activated. Use of these transmitters has resulted in suspect apprehensions, often in less than 10 minutes after the crime.5 Except when checking in with computer servers, the devices remain dormant until activated by motion. The GPS transmitter can remain in the field for up to 20 months before the batteries require recharging. The tracker can be set to alert officers when it moves into or out of a certain area.

Because of the features that are modifiable in the field using any smartphone, the GPS trackers are an affordable, effective method for addressing crime trends. In a little over 4 years, use of these devices has helped RPD officers with 166 arrests for various crimes, including vehicle burglary; armed robbery; and theft of metal, bicycles, SUV third-row seats, tires, fire hydrants, construction-site materials, and memorial items from a local cemetery.6

In one instance the owner of a local convenience store discovered that someone had installed a credit card skimmer in a gas pump. The size and flexibility of the GPS transmitter allowed authorities to attach it to the skimmer. When the suspects returned to retrieve the skimming device, the GPS activated, and authorities quickly apprehended the offenders. The arrest resulted in the recovery of several other skimming devices containing the personal account information of hundreds of unsuspecting people.

During the time RPD has been deploying these devices, the automobile burglary rate has decreased steadily. From 2010 to 2011 the rate declined by 12.3 percent, from 2011 to 2012 it dropped another 5.3 percent, and from 2012 to 2013 the rate dipped an additional 3.4 percent. Between January and June 2014, the vehicle burglary rate decreased 12.3 percent more than in the same period the previous year. These reductions occurred during a time when the national property crime rate had increased by nearly 11 percent, from 125.4 per 1,000 households in 2010 to 138.7 in 2011.7 Although it is difficult to pinpoint the exact causes for fluctuation in the crime rate, GPS tracking was the sole program implemented by RPD during those years to address automobile burglaries.

The goal of the tracking program is to address current crime trends and apprehend suspects who increase the crime rate. Studies have indicated that the “80-20 rule” applies to crime rates—80 percent of crimes are committed by 20 percent of the criminals. Police departments often use this statistic to support “stop-and-frisk” policies and “broken-windows” policing because catching criminals committing minor offenses likely will lead to apprehending those responsible for major crimes.8

The 80-20 concept has proven itself. As part of a 2013 study on the impact of GPS technology, the author researched the criminal histories of RPD’s first 86 arrestees under the program. Of those 86, 79 were adults, and 77 of those 79 had previous arrests in California. Those 77 individuals had a combined total of 1,262 arrests, an average of 16.3 per person. The study also indicated that at the time they were apprehended, 22 of the suspects were on supervised prison release, 19 had existing warrants, and 12 were in possession of stolen property from other thefts.9 These statistics demonstrated that GPS tracking initiatives are capable of connecting officers with career criminals, which could encourage use of the trackers as part of community-policing efforts of note, most GPS tracking policies prohibit deploying attractive or expensive items in lower socioeconomic areas with the sole purpose of increasing apprehension rates.

These transmitters instill confidence in the public that comes when residents and business owners know their local police are doing everything possible to solve crimes. GPS tracker deployment does not always result in the apprehension of a suspect, but the police department still makes an impression on the victim. For example, a couple was experiencing the theft of aluminum cans from their backyard. Many law enforcement agencies would view this as a minor crime, and most departments would not have the resources to conduct surveillance of the couple’s backyard. Nevertheless, this crime affected these people’s feelings of safety and security because someone was invading their personal space and stealing their property. If the homeowners installed a surveillance camera, it likely would depict only an image of the suspect committing the theft. By taking a few minutes with this couple to review the electronic stakeout program and deploy a tracker, the police gained a community partnership that could benefit the agency in the future. This concept often is referred to as “investing in the bank of public trust” or “building police legitimacy.”

In another situation a local cemetery experienced a series of thefts from gravesite memorials. A group of mothers who established tributes at their children’s graves voiced their frustration at the city’s lack of effort regarding these crimes. Although most of the items stolen had little monetary value, the emotional loss was devastating to these people. Community policing officers approached these women and enlisted them to partner in apprehending those responsible for the thefts.

Using the hibernate mode on a GPS tracker, an officer provided the device to one mother who sewed it into the lining of a small purse and placed it at her child’s gravesite. Within 24 hours the GPS activated, and minutes later authorities had two suspects in custody for stealing the purse and several other items. When officers searched the thieves’ residence, they located numerous additional objects previously stolen from the graveyard. Since the initial arrest, police have worked with these mothers and taken two other offenders into custody. The women expressed their appreciation of law enforcement’s efforts to work with them and not overlook the thefts, thus, developing a partnership that benefits both groups.

The success of the GPS tracking program has spread and resulted in courses on the concept being approved by Peace Officer Standards and Training (POST). A member of the RPD has conducted classes in California, Montana, Colorado, Minnesota, Pennsylvania, Arizona, Indiana, Florida, and Texas, in addition to several national and international conference breakout sessions. Police departments nationwide are recognizing the value of establishing their own programs.

In addition, certain features of the GPS trackers enabled creation of a 24-hour, 7-day-per-week electronic surveillance program for Redlands residents away on vacation. The While You’re Away program provides citizens with laptops they can self-deploy in their homes where they likely would be stolen in the event of a burglary.10 This provides people with the peace of mind that their valuables are protected while they enjoy their vacations.

Other cities have realized success and decreased crime rates with use of GPS technology. One example, the coastal city of Carlsbad, California, experienced a decline in the number of vehicle burglaries at beach access points. With the use of these devices, the city’s police department saw a 60 percent decrease in these crimes between November 2013 and February 2014, compared with the same time period over the previous 4 years.11

In another instance, the Los Angeles, California, Sheriff’s Department used GPS devices to apprehend suspects for three different robberies. Due to this success, the department expanded these efforts to tackle numerous other crimes. In less than 3 months, officers made 36 arrests through the GPS tracker program.12

The success experienced by law enforcement agencies nationwide suggests that the future of combating property crime lies with GPS tracking technology. Limited only by the imagination of the user, officers can deploy the devices for numerous types of crime. The trackers are a proven game changer for agencies already using them. With this low-cost, high-tech tool, police departments can provide 24/7 electronic surveillance in hot spots. As a proven success for catching thieves and establishing community partnerships, this technology will garner interest from agencies across the nation.

Lieutenant Martinez may be contacted at tmartinez@redlandspolice.org.