Applications for the Courts (Part Four of Four) 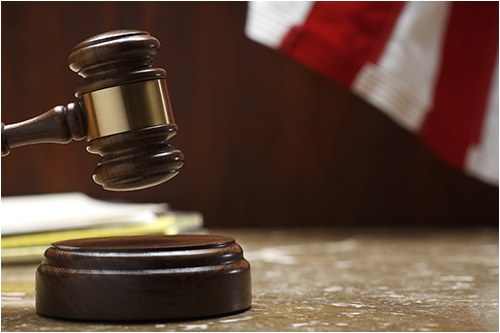 The previous edition of the FBI Law Enforcement Bulletin featured the third of a four-part series on criminal investigative analysis (CIA). Part three, “Criminal Investigative Analysis:  Measuring Success,” described measuring the success of using CIA services to assist law enforcement agencies with violent crime investigations. Specific focus was on the difficulties of measuring the accuracy and success of CIA processes. Earlier works examined training, skills, and expertise required to conduct CIA. With regard to expertise, a number of CIA services can result in conclusions that make their way into courtrooms. These findings sometimes are deemed expert opinion, which often is defined specifically in the context in which the opinion is offered. As such, differing views persist as to the proper role of CIA services, especially offender profiling, in the legal and judicial system.

VALUE IN THE COURTROOM

Expertise is defined differently in the court system depending upon jurisdiction, including specific state or country. In the United States, the Federal Rules of Evidence state that individuals are found eligible to testify if they possess scientific, technical, or other specialized knowledge that will assist the trier of fact to understand the evidence.1 The witness must be qualified as an expert by knowledge, education, experience, or training.2 In addition, there are a number of hurdles to overcome for expert testimony to be used as evidence in court, including academic, as well as practical, qualifications.3

Expert evidence is admissible in a criminal trial to provide the court with information that usually is not common knowledge or experience of a judge or jury. Therefore, generally, the testimony must be given by a specialist.4 Otherwise stated, the evidence must be more than “common sense.” This standard often leads to a lack of consensus about who should be considered an expert both in and out of court.

There is a difference between the hard sciences and the social sciences related to testimony and evidence in the courtroom. Some experts contend that offender profiling should not be used in court until such processes can be reliably validated.5 The Daubert test (in Daubert v. Merrell Dow Pharmaceuticals, Inc.), which is used in the federal court system, outlines six admissibility standards for expert testimony to be admitted as scientific evidence: 1) reliability, 2) peer review and scientific publication, 3) known error rates, 4) general acceptance by the scientific community, 5) known standards and methodologies, and 6) applicability to the case (fit).6 The Daubert criteria expanded upon the previous standard (see Frye v. United States) for admitting scientific evidence.7 The only criterion included in the Frye standard for the admissibility of scientific evidence was general acceptance from the scientific community.8 The Frye standard or variations of the Frye standard still are used in some state court systems. 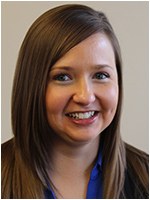 Ms. Scherer, a former contract researcher in the FBI’s Behavioral Research and Instruction Unit, currently is a doctoral student at George Mason University and serves as a research associate at the Police Foundation in Washington, D.C. 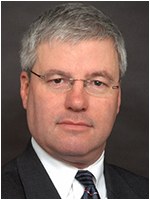 Ultimately, the Supreme Court in Kumho Tire Company, Ltd. v. Carmichael determined when and how to use the Daubert standard in legal proceedings for the social sciences.9 This finding holds great importance today when considering all CIA services, including offender profiling. Since the 1970s this type of analysis has sometimes been presented as scientific evidence by various professionals, such as criminologists, psychologists, psychiatrists, and FBI special agents.10 In addition to overall crime scene analysis, these individuals have offered the court their expert opinions on three specific types of offender profiling evidence: motivational analysis, modus operandi, and linkage analysis.11

Including those previously mentioned, a number of varying legal issues and judicial opinions have accompanied the use of profiling outputs in court, including admissibility standards, nature of the scientific evidence, and type and content of testimony.12 Given that the use of CIA services has been viewed variably by the courts and by persons in academia and law enforcement, the present analysis reports findings of a recent study that sheds light on the practice of CIA analysis, including offender profiling, in legal and judicial settings.

These results are an excerpt from a larger study that examined background, training, skills, processes, effectiveness, and uses of CIA services in court proceedings.13 The focus of this effort is the latter topic regarding the use of CIA services in the courtroom and the legal process. The objective is to gain knowledge and insight about these issues from experienced individuals who have been trained professionally in CIA and who have practiced it in the field. The aim is to examine commonalities and differences reported relative to the use of offender profiling and other CIA services in all aspects of court and legal processes.

A sample of 40 subjects comprising retired FBI personnel, individuals who have formerly worked with the FBI’s practicing analysis unit, other persons trained by the FBI, or FBI-trained individuals who have law enforcement experience in providing CIA services were interviewed for this study.14 All of the individuals gave their informed consent to be subjects for this research study.

The use of CIA in court processes proved a controversial topic among those interviewed. This issue also turned out to be more complex than involving simple “yes” or “no” answers. That is, when practitioners were queried about the use of CIA in the judicial process, the participants primarily focused their responses in two areas (whether it was a civil or criminal case): 1) whether they would testify directly or 2) whether they would assist in trial preparations or trial.

Specifically, when asked if the services related to CIA should be used in court, 52.5 percent indicated “maybe” or “it depends.” A qualifier was offered that suggested the determination should be conditioned upon what aspect of CIA one was being asked to testify about. Reflecting this notion, 87.5 percent reported that “offender profiling” had no business in the court process. Instead, services, such as linkage analysis (27.5 percent), crime scene analysis (35 percent), and equivocal death analysis (7.5 percent), were reported to be more likely permissible. Further, 57.5 percent of respondents indicated that testifying as an education witness should be allowed; this would include testimony, such as educating the jury as to what crime scene staging is or what a sexual homicide is, but would omit any indication that the suspect committed the offense. The respondents indicated that in these cases these are issues for the jury to decide; therefore, it was out of the purview for the expert witness to be providing an opinion.

Interestingly, 15 percent of respondents explicitly stated that it should be possible to assist with the prosecutor’s case presentation during the judicial process. Those who believe CIA services should be provided by assisting in trial preparations or trial cited three key areas where this would be especially appropriate: 1) behavioral testimony by proxy, 2) jury selection, and 3) case presentation.

“If I do a consultation or if a prosecutor calls and says, I want you to testify as an expert to this behavior or this information…the first thing I look at is…if that can be incorporated into other witness testimony at the trial. So, I call this ‘behavioral testimony by proxy.’ Alright. Can what I would testify to as an expert, can I get my testimony in through the other witnesses?”

“If you are going to present something, you want the right audience, so I helped with jury selection. Now, what we did in the jury selection…was more…research, and [I had] never done this before, but…you try to think outside the box here…. We watched them on video. And that helped drive what juror we thought should be selected. And then the second part of that was I added an interview in voir dire, helped them construct the right questions, and then sat through the trial and watched nonverbal behavior and listened to the responses to the questions and gave them suggestions on who they should select and not select. So, I wanted to kind of incorporate some of the stuff there.”

Finally, although some aspects of CIA were reported as acceptable in criminal court, some respondents (27.5 percent) also mentioned appropriate uses of it in civil proceedings.15 The standard is much different—generally less rigorous because “the preponderance of evidence” is the general standard, rather than that of “beyond a reasonable doubt”—for use of experts in civil testimony, and, therefore, CIA likely is underrepresented as to its use and impact in civil court deliberations.

As to expertise, 25 percent of respondents agree that those who provide CIA services should be considered expert witnesses, and an additional 62.5 percent indicated that it depends on judicial opinion to qualify them based upon their background qualifications and experience. It is important to note, however, that 67.5 percent of the respondents reported having testified in court in some manner pertaining to CIA, so it is not surprising that many respondents would view CIA processes as being acceptable, in some form, to the courts. In contrast, a little over one-quarter of the respondents (27.5 percent) who had provided CIA services to the court reported either strong reservations or conditional use depending on what services were being provided for such testimony to have any place in court proceedings.

Admissibility standards aside, the clear practitioner viewpoint is that the use of criminal investigative analysis (except offender profiling) in court is situation dependent. Interestingly, it appears that the use of CIA in civil cases is growing and may be more appropriate because the standards of evidence are much different. When deemed useful to the court, respondents reported that other services encapsulated by CIA may be seen as more objective and could be used to educate the jury or possibly be useful at some phases of a trial but not others.

Overall, despite some clearly varying viewpoints, it is important to underscore that investigators never must lose track of the purpose of CIA as an investigative tool. This study highlighted some of the prevailing debates and presented the viewpoints of those who have actually provided CIA services over the years. It is hoped that this work, as well as the other parts of this four-part series, have provided a better understanding in both the law enforcement and academic communities as to the viability and appropriate use of CIA. The authors are hopeful that this study, and future ones like it, could lead to fostering more collaboration between investigators, researchers, and practitioners of CIA by bridging any apparent gaps between the art and science of its application.

The authors wish to thank Dr. Gabrielle Salfati of John Jay College of Criminal Justice in New York, New York, for substantial assistance in formulating the research questions, constructing the protocols employed, and providing other general guidance in earlier stages of this research effort.

Investigators who believe their case can benefit from criminal investigative analysis services and would like to request such services should contact their local FBI field office. The field office representative will put investigators in contact with the National Center for the Analysis of Violent Crime (NCAVC) coordinator, who will assess the case and contact the NCAVC office in Quantico, VA.