Documenting a Suspect’s State of Mind

Documenting a Suspect’s State of Mind 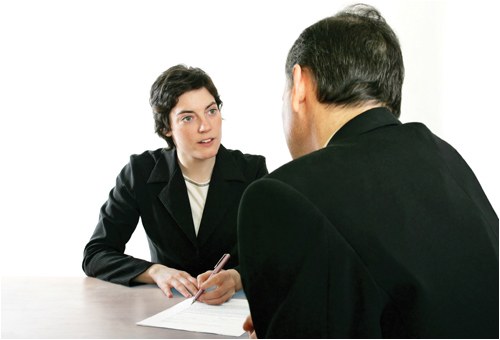 Many investigators have interviewed suspects who seemed to know exactly what they were doing but learned a year later that the individuals claimed insanity. Or, perhaps, officers have obtained confessions only to discover that the defendants subsequently claimed themselves incapable of voluntarily confessing.

Violent crime and sex crime investigators in the United States typically obtain as many details as possible from suspects about actions committed during the crime. However, these details do not always include relevant information about the defendant’s mental state, and such omissions may introduce uncertainties that make mental defenses more likely to arise and succeed. When the suspect has confessed to the act, evidence of the voluntariness and competency of the confession may become critical to preserve its admissibility. Even when the suspect denies committing the crime or claims amnesia for the time of the act, documentation of the defendant’s mental state at the time of commission could prove important in subsequent legal proceedings. To this end, the author offers investigators an interview protocol to assist them in documenting the critical issues regarding a suspect’s state of mind at the time of the offense and the confession, thus preparing them for potential battles in the courtroom.1

The Dietz Mental State Interview (DMSI) helps collect and document evidence regarding the issues that may play an important role in subsequent charging decisions, suppression hearings, trials, and sentencing.

The author developed the DMSI based on over 30 years of experience addressing insanity and other mental state defenses and advising law enforcement on active investigations. The questions are designed to anticipate the legal defenses available in various state jurisdictions, as well as in federal prosecutions.

Dr. Dietz, a clinical professor of psychiatry and biobehavioral sciences at the University of California at Los Angeles, is president of a private forensic consulting firm in Newport Beach.

Investigators should administer the DMSI immediately after obtaining a confession from a suspect or during the overall interview and preserve this evidence. The author advocates video recording as the most effective means of preservation—which allows all necessary parties to evaluate the evidence and the methods used to obtain it—followed by audio taping.4 Even if agency procedures do not include recording the initial interview, the author recommends doing so. As the exact words spoken constitute a valuable part of the evidence to be preserved, microphone quality and placement are important determinants of the ultimate evidentiary value of this interview protocol.

As many as 65 percent of defendants referred for psychiatric examination claim amnesia for a crime.5 Such amnesia claims often arise in crimes involving alcohol or other drug intoxication and in highly emotional crimes. Some offenders feign amnesia.

If suspects claim amnesia but acknowledge that they may have done the crime, they probably will admit to recalling portions of the offense. Thus, investigators should ask all of the DMSI questions, even though suspects may respond to some of them by saying that they do not know or remember. These instances call for additional questions.

When encountering suspects who deny committing the crime, investigators still may find DMSI questions 1 to 3, 15, 23, and 27 to 38 valuable. Further, interviewers should ask other important questions.

Documentation of the questions asked and the suspects’ responses generally will provide attorneys, consulting or examining forensic mental health experts, and, ultimately, the jury and judge with the most immediate and best documented evidence of mental state—as reported by the suspect—that will become available in the case. Investigators do not need to interpret the results of this interview protocol, and they should seek consultation with a qualified forensic psychiatrist or psychologist if they require a professional interpretation before continuing the investigation.

As an important advantage of including these questions in the original interviews by investigators, suspects will answer them before they have had an opportunity to enlist the aid of cellmates, publications, family, friends, or other sources constructing a mental defense or receiving guidance on how to phrase their answers to feign a mental illness. Also, the answers may suggest further avenues of investigation through interviews with those who know the suspect, as well as through important documents and materials (e.g., diaries, journals, writings, and drawings) for specification on search warrants.

For many of these items, the suspects’ response should elicit follow-up questions to ensure that the answer is complete, the interviewees provided all willingly offered information, and the investigator clearly understands the suspects’ claims. Some possible lines of follow-up questions are suggested (in parentheses), but these do not represent the only relevant ones. Many will flow from the facts of the case, available evidence, and previous answers by the suspects. When faced with answers that contradict known evidence, investigators should delay any challenge until the end of the interview because confrontational questioning, skepticism, or judgmental behavior may jeopardize suspects’ willingness to continue the interview.

4) Do you understand that you have just confessed to a crime?

5) Do you understand that your confession will be used against you in court?

6) Did you confess voluntarily?

7) Did anyone threaten you if you didn’t confess?

8) Did anyone promise you anything in exchange for your confession?

9) What do you think will happen to you as a result of confessing to the crime?

10) Why did you decide to confess?

11) Do you feel guilty about the crime to which you just confessed? (If so, why?)

13) What were you trying to accomplish with this crime?

16) What kind of person did you think (victim’s name) was when you committed the crime? (Confirm that the suspect recognized the victim as a human.)

17) When you did this, did you think your actions could hurt the victim? (Confirm that the suspect knew the actions were injurious.)

22) What did you do to protect yourself from getting caught?

23) Have there been times you wanted to do something like this but decided against it? (If so, why didn’t you do it then? How was this time different?)

24) Would you have done this if a uniformed officer had been standing next to you? (Confirm the individual wouldn’t have done it with a police officer nearby.)

25) Did anyone tell you to do this? (Confirm that they do not believe God told them to do it.)

26) When you did the crime, did you know that society would condemn your actions even if they knew everything you know?

27) Did you have any strange or unusual mental experiences around the time of the crime? (If so, what were they? When did this begin?)

28) Have you ever heard or seen things that weren’t really there? (If so, has this been when taking drugs? Has this ever happened without drugs? Were you falling asleep or waking up when it happened? What did you see or hear? Has that happened while we’ve been talking? Did that happen on the day of the crime?)

30) Do people ever have difficulty understanding you? (If so, why do you think this is?)

32) Were you drinking or using any drugs at the time of the crime? (If so, what, how much, and when?)

33) Were you drinking or using any drugs when you were arrested? (If so, what, how much, and when?)

35) Were you taking any medications before you were arrested? (If so, what?)

36) Were you taking any medications at the time of the crime? (If so, what?)

38) Have you ever been knocked unconscious? (If so, when? Where were you treated?)

Some persons charged with crime challenge their own confessions or assert an impaired mental state pertaining to commission of the act. Such claims may prove valid or invalid. Justice is served best if the truth prevails, and including the Dietz Mental State Interview when interviewing suspects will increase the odds of clarifying the too often murky issues of mental state.

1 The DMSI does not serve as a substitute for mental health training or appropriate mental health evaluations, which must be delayed until after a defendant is represented by counsel according to the ethical codes of both psychiatrists and psychologists. American Psychiatric Association, The Principles of Medical Ethics with Annotations Especially Applicable to Psychiatry (Arlington, VA: American Psychiatric Association, 2008); and Committee on Ethical Guidelines for Forensic Psychologists, “Specialty Guidelines for Forensic Psychologists,” Law & Human Behavior 15, no. 6 (1991): 655-665.

The FBI Law Enforcement Bulletin staff invites you to communicate with us via e-mail. Our e-mail address is leb@ic.fbi.gov.  We would like to know your thoughts on contemporary law enforcement issues. We welcome your comments, questions, and suggestions about the magazine. Please include your name, title, and agency on all e-mail messages. Also, the Bulletin is available for viewing or downloading on a number of computer services, as at http://leb.fbi.gov.