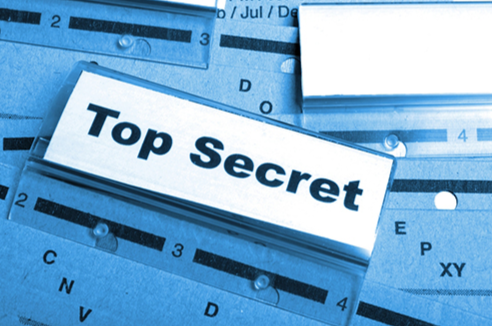 In September 2012 FBI agents in Kansas City, Missouri, arrested two Chinese nationals, Huang Ji Li and Qi Xiao Guang, after they paid $25,000 in cash for stolen trade secrets pertaining to an American company’s manufacture of cellular-glass insulation, or foam glass. Huang trespassed onto the company’s flagship plant in Sedalia, Missouri, 3 months prior and asked suspiciously detailed questions about the facility’s manufacturing process for the insulation. It also is believed he approached an employee at the company’s corporate headquarters in Pittsburgh, Pennsylvania, just days before seeking to build a foam-glass factory in China.

The company is the world’s leader in developing and manufacturing cellular-glass insulation; its Missouri plant produces about 90 percent of stock. The trademarked, lightweight, fireproof, and mold-resistant product is useful as insulation in buildings, industrial piping systems, and liquefied-natural-gas storage-tank bases. China represents a strong market for this type of insulation.

In November 2010 sparks ignited flammable foam insulation during the renovation of a high-rise apartment building in Shanghai, resulting in an inferno that killed at least 58 people and injured scores more. Reacting to public anger over the death toll, municipal governments began requiring fireproof insulation in new construction. Cellular-glass insulation is an ideal solution, particularly for Chinese developers who need to build up, not out, in space-constrained towns and cities.

Weeks after the trespass, managers at the company’s plant received a call from the Sedalia daily newspaper about an advertisement submitted online from an e-mail traceable to China.

Technical talent wanted to explore together Asian market. You are equipped with more than 10 years experience on foam glass…? You are able to lead a project to build up a foam glass factory with continuous research on new formulas. You are willing to adventure in Asia for couple of years? We prepared battle field for you.

Mr. Munsey is a writer/editor with the FBI Counterintelligence Division’s Executive Staff Office.

The Sedalia Police Department investigated the trespassing, taking statements from plant employees who witnessed two men walking around the factory property. Police also obtained credit card information from the local hotel where the trespassers stayed during their visit. Their findings helped FBI investigators confirm Huang as a suspect.

A judge sentenced Huang to 18 months in prison and a $250,000 fine in January 2013 and Qi, Huang’s interpreter, to time served, a $20,000 fine, and deportation. During sentencing, company officials estimated the value of the targeted trade secrets at $272 million. Investigators believe that Huang, whose family owned two factories making plastic toys in China, had the capital needed to build a cellular-glass factory, with a site lined up, construction plans in place, and enough knowledge of chemical manufacturing to put the stolen secrets to use.

Although the Missouri case ended in arrests and convictions, officials say U.S.-based businesses, academic institutions, cleared defense contractors, and government agencies increasingly are targeted for economic espionage and theft of trade secrets by foreign competitors, often with state sponsorship and backing. In the last fiscal year alone, economic espionage and theft of trade secrets cost the American economy more than $19 billion. Over the past 4 fiscal years, the number of arrests related to economic espionage and theft of trade secrets overseen by the FBI’s Economic Espionage Unit has almost doubled, indictments have more than tripled, and convictions have increased sixfold. Halfway through fiscal year 2013, the number of open investigations is running more than 30 percent above the total from 4 years ago.

Theft of trade secrets, often called industrial espionage, occurs when someone knowingly steals or misappropriates a trade secret to the economic benefit of anyone other than the owner. Similarly, economic espionage occurs when a trade secret is stolen for the benefit of a foreign government, foreign instrumentality, or foreign agent. Proving the foreign nexus in court is difficult, and cases that start out as economic espionage often end up prosecuted as theft of trade secrets. Both are covered by the Economic Espionage Act of 1996, Title 18, Sections 1831 and 1832, U.S. Code.

Experts say economic espionage and theft of trade secrets increasingly are linked to the insider threat and the growing threat of cyber espionage.1 The insider threat is created by employees with legitimate access to information. The employee who poses an insider threat may be stealing information for personal gain or may be serving as a spy to benefit another organization or country. Foreign competitors conduct economic espionage by aggressively targeting and recruiting insiders; conducting economic intelligence through bribery, cyber intrusions, theft, and dumpster diving (in search of intellectual property or discarded prototypes); and establishing joint ventures with U.S. companies.

China often is cited as particularly active in the theft of trade secrets. According to a report submitted to Congress by the U.S.-China Economic and Security Review Commission in November 2012, China “depends on industrial espionage, forced technology transfers, and piracy and counterfeiting of foreign technology as part of a system of innovation mercantilism.”2 By obtaining what it needs illegally, China avoids the expense and difficulty of basic research and unique product development, the report concluded.

Officials across the U.S. government are pursuing a comprehensive strategy to counter economic espionage as part of a larger campaign against intellectual property theft. In furtherance of this initiative, the U.S. Department of Justice formed a task force on intellectual property in February 2010. The task force works with the Office of the Intellectual Property Enforcement Coordinator (IPEC), located in the Executive Office of the President. In February 2013 IPEC released a strategy on mitigating the theft of U.S. trade secrets. The strategy calls for focusing diplomatic efforts to protect trade secrets overseas, promoting voluntary best practices by private industry to protect trade secrets, enhancing domestic law enforcement operations, improving domestic legislation, and boosting public awareness and stakeholder outreach.

The FBI also is reaching out to government agencies and private companies to help counter the insider threat and cyber intrusions through its network of strategic partnership coordinators (SPCs) located in each of the bureau’s 56 field offices. SPCs currently maintain more than 15,000 contacts nationwide, consisting of local businesses, academic institutions, and cleared defense contractors. They help educate employees on how to protect trade secrets and encourage employers to require nondisclosure agreements from employees and contractors. To help protect trade secrets, companies need to mark sensitive material as secret or proprietary information, limit access to protected material, and monitor who accesses it. FBI investigators should be called in as soon as an insider threat is suspected and be given a chance to conduct a logical investigation.

“In the last fiscal year alone, economic espionage and theft of trade secrets cost the American economy more than $19 billion.”

Congress also directed the U.S. Sentencing Commission to examine the sentencing guidelines for economic espionage and theft of trade secrets. Following public hearings, the commission approved a two-level increase in sentencing guidelines earlier this year. If a trade secret is taken out of the country or if a defendant knows the trade secret will benefit a foreign government, possible prison time for the offender will increase from between 15 to 21 months to 21 to 27 months. The guidelines will go into effect in November 2013 unless amended by Congress.

The threat of economic espionage and theft of trade secrets to U.S.-based companies is persistent and requires constant vigilance. Even after Huang was arrested, pled guilty, and was sentenced, investigators believed the company’s trade secrets still were at risk for targeting by would-be competitors. Officials hope the possibility of larger fines and longer sentences will prompt defendants to strike plea agreements with prosecutors and cooperate more with investigators to explain the methods and participants in economic espionage conspiracies.

“…companies need to mark sensitive material as secret or proprietary information, limit access to protected material, and monitor who accesses it.”