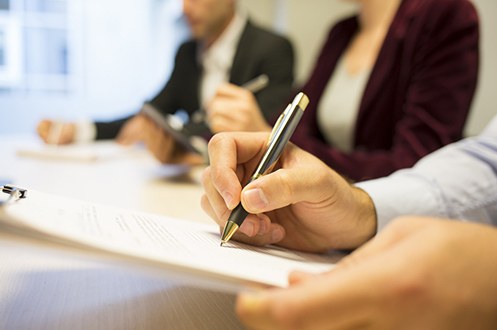 In today’s new community problem-solving era, there are four interrelated elements that characterize the policing environment: 1) integration of rapidly evolving technology, 2) financial constraints, 3) emphasis on evidence-based practices, and 4) a readily accepted community problem-solving function.1 Police training and education requirements must adapt to this new environment. Despite their potential role in bringing change to police departments, candidates for executive positions in law enforcement rarely undergo additional training or education.2 Studies have found that chiefs who have some college education or have graduated from the FBI National Academy scored higher on positive leadership indicators.3 However, limited research exists on the effects of education level on police executive performance.

Formalized policing in the United States began in the 1800s and evolved in a noncentralized and largely unplanned nature. Unlike other occupations with educational or professional licensure prerequisites, the police were unskilled watchmen recruited more for their brawn than their brains and selected based on their political connections.4 In 1905 the chief of the Berkeley, California, Police Department championed the fledgling police reform movement and instituted police schools (the precursors of academies) to teach fundamental policing skills to officers.5 The police chief had no degree, but became the first professor of police science in the country.6 In spite of this influence and advocacy of police education, the cultural precepts that founded American policing resisted substantive change, and organizations held fast to tradition.

Police reformers in the first half of the 20th century agreed that law enforcement organizations should be controlled tightly and militaristically, officer’s duties were merely functionary, and they should have limited or no discretion in their assignments.7 The resultant organizational atmosphere did not encourage the hiring of educated officers.8

In 1931 the Wickersham Commission reported inefficient crime reduction strategies, inadequate police administration, poor communication, an alliance between corrupt police and criminals, shady politics, and a lack of police response to a changing society.9 Police misconduct in the 1960s indicated the need to seek out and abate such behavior. In 1967 a report from the President’s Commission on Law Enforcement and Administration of Justice reminded police they needed to change.

The Commission’s report influenced important legislation that formed the National Institute of Justice, the Bureau of Justice Statistics, and the Law Enforcement Education Program (LEEP).10 To improve the efficiency and integrity of police, the act allocated funding for officers to begin attending college. The commission hoped to require a bachelor’s degree as the minimum educational requirement for employment as a police officer.11 Until this time a scarcity of college-educated officers made it difficult for researchers to reach empirical conclusions about the effects of increased education in policing.

Several years after the formation of the Law Enforcement Assistance Administration (LEAA) and LEEP, an assistant director of the professional standards division of the International Association of Chiefs of Police (IACP) cautioned that the standards passed by LEAA should yield control to local governments.12 The IACP determined that the responsibility of educating police officers fell with those who hired them, not with national commissions. 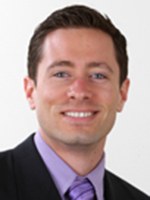 Dr. Jenkins is an assistant professor of criminal justice at the University of Scranton, Pennsylvania. 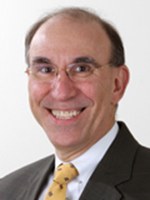 Dr. DeCarlo is a retired police chief and an associate professor at John Jay College of Criminal Justice in New York, New York.

Police training academies for new hires did not become common until the mid 1960s after six states instituted them. Presently, every state mandates initial training at an academy, although not all states require regular recertification training. There are 600 police academies in the United States, but there is no universal college education requirement for academy instructors. Only 11 percent of police academy staff hold 4-year college degrees. In 2003 merely 1 percent of police departments required a degree for employment selection.13

A 1990 study by the Police Executive Research Forum (PERF) on the evolution of higher education in law enforcement revealed that the percentage of college-educated officers increased steadily over the preceding 20 years. Though only a miniscule percentage of departments required a degree, the majority of them found ways, such as tuition reimbursement and educational incentive pay, to make obtaining a college degree beneficial for everyone.14 Some agencies even allowed officers to attend classes while on duty. The study consistently reported one negative aspect—educated officers were more likely to leave their departments for better jobs.

Meta-analysis of 30 years of studies on educational requirements for police officers has organized the empirical research on the matter. The study revealed that college-educated police officers—

Supervisors also consistently rated college-educated officers higher on performance evaluations than those with less education. Notably, majoring in criminal justice instead of another major did not correlate to performance as a police officer.

Research has suggested that education impacts positive police performance; however, the profession has few formal educational requirements. Change interventions encounter political, organizational, and operational barriers. Perhaps, the way to approach police education is from the top down.16

The most significant case law validating a college degree requirement concerns promotion, not employment.17 Given the power of a police executive to change a police department, raising the educational requirements for these positions could benefit the profession. Presently, there are no mandatory national standards for law enforcement as there are for other public service occupations—the American Bar Association, American Medical Association, and American Psychological Association, for example. Additionally, police structure in the United States is essentially a municipal endeavor with no national hiring standards. There are many small police departments in the country and no established method to set broad policy.

The practical limitations of a college degree requirement for police executives prompted universities and other police groups to create avenues for educating law enforcement leaders. Table 1 lists 23 programs, all of which fall within one of three categories of sponsorship—government, professional, and university—and focus on students from various ranks within police departments. The courses extend from 3 1/2 to 40 days, with costs ranging from $495 to over $34,000. Nine of the 23 programs offer continuing education credits.

Of the 12 programs that accept only top-level police leaders in senior administrative positions or above, three require travel outside of the United States, and two accept students solely from the largest law enforcement agencies. These programs focus on hot issues, such as future trends, counterterrorism efforts, and the four policing environment elements of the new community problem-solving era.

Table 1. The Rank Focus and Sponsorship of Select Police Training and Education Programs

*This table is not all inclusive. Other programs may exist that are not listed here.

Education and training programs for law enforcement leaders emphasize the need to share information on the role of technology in fulfilling their responsibilities. For example, information on each program’s website describes online social media, online learning, and predictive analysis aspects of the courses. Police departments of all sizes are incorporating social media to interact with their communities. In 2012 the Milwaukee, Wisconsin, Police Department added its own police news website that refers citizens to the source for unfiltered information regarding the department.18 Computer technology allows for the collection, storage, and analysis of massive amounts of data on crime and disorder, to the point of predicting the probable times and locations of offenses.

The authors’ 2012 review of these programs unveiled the emphasis on doing more with less—a common refrain among law enforcement leadership. Police departments, easily one of the largest budget items for any municipality, felt the shocks of the economic downturn. The turmoil forced layoffs; personnel demotions; and funding cuts for professional development, equipment, and technology.

Police departments in Newark and Camden, New Jersey, each cut over 167 officers and experienced a corresponding reduction in arrest rates—down 16 percent in Newark and 43 percent in Camden.19 To properly plan for similar situations, training and educational programs cover budgeting in a challenging economy, resource allocation, and financial management. One police lieutenant stated, “The golden rule is having the police officers to cover the city.” Developmental programs for police leaders must continue to educate and train officers to ensure the necessary resources for maintaining safe and orderly communities.

The pull of economic restraint and the push of readily available technology coincide with the call for implementing evidence-based police practices. The community and its leaders want to know that a new strategy is worth the expense of executing it. New technology assists police officers in analyzing data to make their case on the effectiveness of a plan. The academic community—through institutes and centers, such as those listed as university sponsors in Table 1—encourages these practices and disseminates relevant research findings to police leadership. Universities sponsor many of the programs included in this study. The goals and course descriptions maintain a strong focus on the most current literature and best practices to measure police performance and teach research methods in public service. The curricula turn police leadership’s attention to the value of evidence-based practices.

Today most police departments follow a community problem-solving strategy, though the extent to which each organization does so varies.20 Creation of the U.S. Department of Justice’s Office of Community Oriented Police Services resulted in increased funding, training, and education in community oriented policing and problem solving starting in the 1990s. Research has indicated that these increases produced positive change toward community problem solving and that police departments with an organizational history of such adapt better to innovation.21 Training and educational programs for top law enforcement leaders reflect the importance of this police function. These programs cite partnering with criminal justice agencies, working with local communities, addressing community needs, and maximizing relationships to indicate the focus on community problem solving.

Research established positive effects of education and training on police officers’ behaviors and actions. However, limited studies exist on the relationship between education and senior law enforcement executives’ responsibilities. By recognizing the need for training in this new community problem-solving era, law enforcement and academics may seek out and create new opportunities for establishing, teaching, and learning about researcher-practitioner partnerships. To maximize performance, police training and education requirements must adapt to this new environment.

For additional information contact Dr. Jenkins at michael.jenkins@scranton.edu or Dr. DeCarlo at jdecarlo@jjay.cuny.edu.

6 B. Vila and C. Morris, The Role of Police in American Society: A Documentary History (Westport, CT: Greenwood Press, 1999).

9 National Commission on Law Observance and Enforcement, Report on Police (1931).

11 D.L. Carter and A.D. Sapp, “The Evolution of Higher Education in Law Enforcement: Preliminary Findings from a National Study,” Journal of Criminal Justice Education 1, no. 1 (1990): 59-85.

14 D.L. Carter and A.D. Sapp, “The Evolution of Higher Education in Law Enforcement: Preliminary Findings from a National Study.”

“Police training and education requirements must adapt to this new environment.”