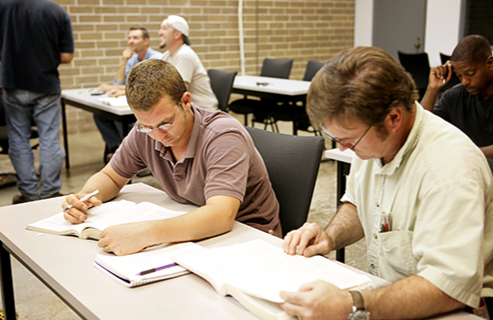 As tuition costs rise, payoff for education falls, and incomes stagnate, is a college degree a luxury that law enforcement officers no longer can afford? A local police officer’s median annual wage in 2010 was $55,010, but in small jurisdictions, salaries often start below $25,000.1 It costs an average of $7,703 annually to obtain a 2-year degree and $15,104 for a 4-year degree from a public school (including room and board).2 Officers throughout the country often pay out-of-pocket for advanced education. The question arises as to whether it is worthwhile to obtain a degree. Why would a police officer working outside a state that mandates a 2-year degree prior to licensure pursue a college education when there is no requirement and there are significant costs?3

People attain college degrees for various reasons, such as making more money, broadening their horizons, networking, buying time, leading a more examined life, or satisfying themselves or others. Police officers are no different, but the catalyst often is a department incentive (e.g., promotion, increased pay, or a new assignment). Understandably, some agencies encourage education given that researchers correlate college degrees with such things as improved performance and decreased use of sick leave.4 A degree often is optional in local law enforcement; however, it is required among other helping professions, such as social work, nursing, and education. Moreover, some researchers report that degreed officers often have a career advantage over their colleagues who do not have degrees.5

To understand better the present state of higher education in local law enforcement, the authors reviewed two data sets. Both sets involved a self-administered survey sent via U.S. mail to a random sample of 1,103 full-time law enforcement officers in Minnesota and 1,043 in Arizona, using a random-number generator drawn from lists of all officers certified in these two states. The authors selected the data sets based on similarities in population size, density, and distribution and because each state has comparable law enforcement agency oversight, such as standards-and-training boards and preservice education systems consisting of local police academies and higher education programs. A key distinction, however, is that in Minnesota a 2-year degree is mandated. The total number of police officers serving in local law enforcement agencies relative to total population also was similar, with 10,248 officers in Minnesota and 14,426 in Arizona.

Of the 964 total respondents, 84 percent were male, and 87 percent were Caucasian. Regarding their positions, 53 percent were patrol, crime prevention, or school resource officers; 15 percent represented detectives, investigators, or corporals; 17 percent were sergeants; 4 percent lieutenants; 3 percent were captains or commanders; 4 percent chiefs or sheriffs; and the remainder embodied other positions. Agency size varied with 39 percent working in agencies serving a population of 150,000 or more, followed by 26 percent with 30,000 or less, and the remaining serving between 30,001 and 149,999 citizens.

Research estimated that less than 1 percent of all local law enforcement agencies require a 4-year degree.7 However, in the present study, almost half of the respondents earned a college degree and took college-level classes while employed as an officer. In a nationally representative survey of those currently employed in the general workforce, 39 percent indicated that they had taken career or job-related courses in the previous 12 months, and 6 percent identified participating in college and university degree programs, postdegree certificate programs, or vocational certificate programs.8 The study maintained that police officers have more formal education and take more college classes than the nation as a whole, although not required to do so for hiring purposes. Career advancement may be the reason.

Dr. Hilal is an associate professor with the Metropolitan State University School of Law Enforcement and Criminal Justice in Brooklyn Park, Minnesota.

Dr. Densley is an assistant professor with the Metropolitan State University School of Law Enforcement and Criminal Justice in Brooklyn Park, Minnesota.

Promotion is a logical reason for someone to take college courses after they have a job. Of the 524 respondents who had taken courses since starting a law enforcement position, 48 percent identified career advancement as the main reason, and 21 percent indicated personal fulfillment. Only 7 percent stated that they were taking classes in pursuit of a new career outside of law enforcement. Of the Minnesota respondents—who were required to have a 2-year degree for entry—13 percent acknowledged that their agencies required at least a bachelor’s degree to be promoted to sergeant, 18 percent stated it was essential for lieutenant, 21 percent for captain or commander, and 23 percent indicated that the degree was necessary for chief or sheriff.9 Based on the Minnesota sample, 49 percent of officers met the education requirements to be a chief in their agencies. In Arizona 16 percent of officers reported that a 4-year degree or higher was required for a promotion—the rank was not specified—and 48 percent of officers met this requirement.

Agency support for higher education varied, with 56 percent of the officers reporting agency tuition reimbursement and 23 percent identifying that their departments provide shift adjustments to attend courses. This indicates that departments value college education and are willing to pay for it.

College degrees for police officers are a luxury that these individuals have pursued and their agencies have supported. It does not appear essential that officers desiring a promotion have at least a bachelor’s degree. However, if a promotion is open to anyone with any level of college degree, an officer faces a 50 percent chance of competing against a colleague who has at least a bachelor’s degree. Career advancement is not the only reason someone pursues higher education, but it is one of the most important for law enforcement officers.

Dialogue in the media on the state of higher education focuses on tuition costs, administrative waste, workforce development, and the importance of a degree versus a certificate. Officers should know about these issues when considering the training and education requirements to do their jobs effectively in 2013 and beyond. Research indicated that in some ways, college education positively affects police performance, but precisely how and why remains undetermined.10

Law enforcement officers’ responsibility to serve and protect is a core job function; however, a task analysis of today’s officer looks different than it did 10 years ago due to advances in technology and the emergence of new security threats. Training on cybercrime and identity theft, for example, is more important now than in 2003. For this reason, agencies should replicate state-level job-task analyses.11

College tuition must remain affordable. It also is crucial that licensing boards regularly review their learning objectives, educational institutions offer current and relevant courses, and police administrators and researchers examine learning outcomes.12 According to this analysis and available literature, it appears that police officers view college education as a luxury worth pursuing. The question for future research and policy is not how to improve access to higher education, but how to ensure that graduates truly are career ready.

9 For a review of what Minnesota officer perceptions are regarding what they think the degree should be, see Susan Hilal and Timothy Erickson, “The Minnesota Police Education Requirement: A Recent Analysis,” FBI Law Enforcement Bulletin, June 2010, 17-21.

12 For a review of graduate program curriculum, see Brion Sever, Gregory Coram, and Gwen Meltzer, “Criminal Justice Graduate Programs at the Beginning of the 21st Century: A Curriculum Analysis,” Criminal Justice Review 33, no. 2 (2008): 221-249.

“...in the present study, almost half of the respondents earned a college degree and took college-level classes while employed as an officer.”