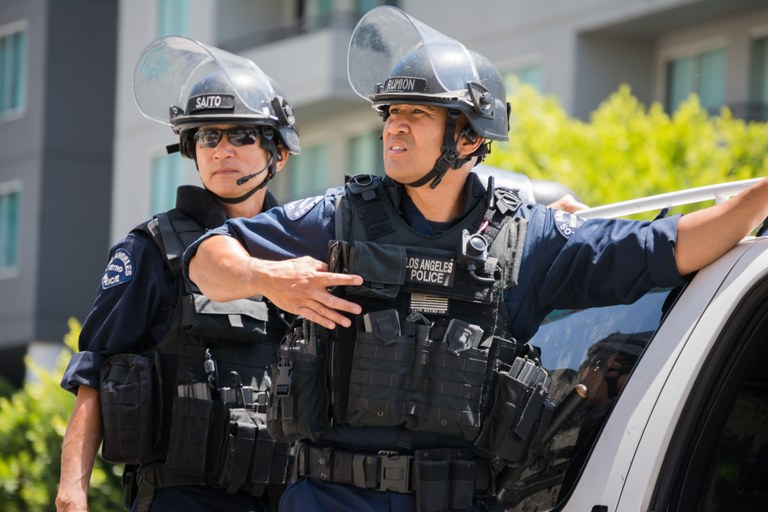 “The way of a fool is right in his own eyes, but a wise man listens to advice.”

Historical recurrence — “history repeats itself” in common vernacular — is a routinely debated theory. Yet, from this perspective, the current sociopolitical environment in the United States seems anything but new.

Persistent socioeconomic inequalities, enduring racism, and use-of-force concerns, coupled with a resurgence of white supremacy,2 have erupted into widespread social unrest. The current context is reminiscent of the Civil Rights movement of the 1960s. One can argue that similarities date back much further. Add to this mix the power and prevalence of social media, and it seems things will get worse before they improve.

This article argues contemporary law enforcement strategy is broadly insufficient to meet these challenges and submits the answers to these inadequacies lie in the past.3

﻿Lessons from the Past

For purposes of discussion, strategy is defined as a “theory of success”4 — more specifically, a theory represented by way of a causal and contextual relationship between ends, ways, and means, enveloped in a process that evaluates risk thoroughly.5 The author assumes the end, or goal, for law enforcement is to protect and serve respective communities. The suggested way to achieve this noble goal is to derive a historical answer to contemporary problems through study, with the explicit purpose of informing contemporary organizational strategies. Means, or resources, serve as the engine for this assessment. 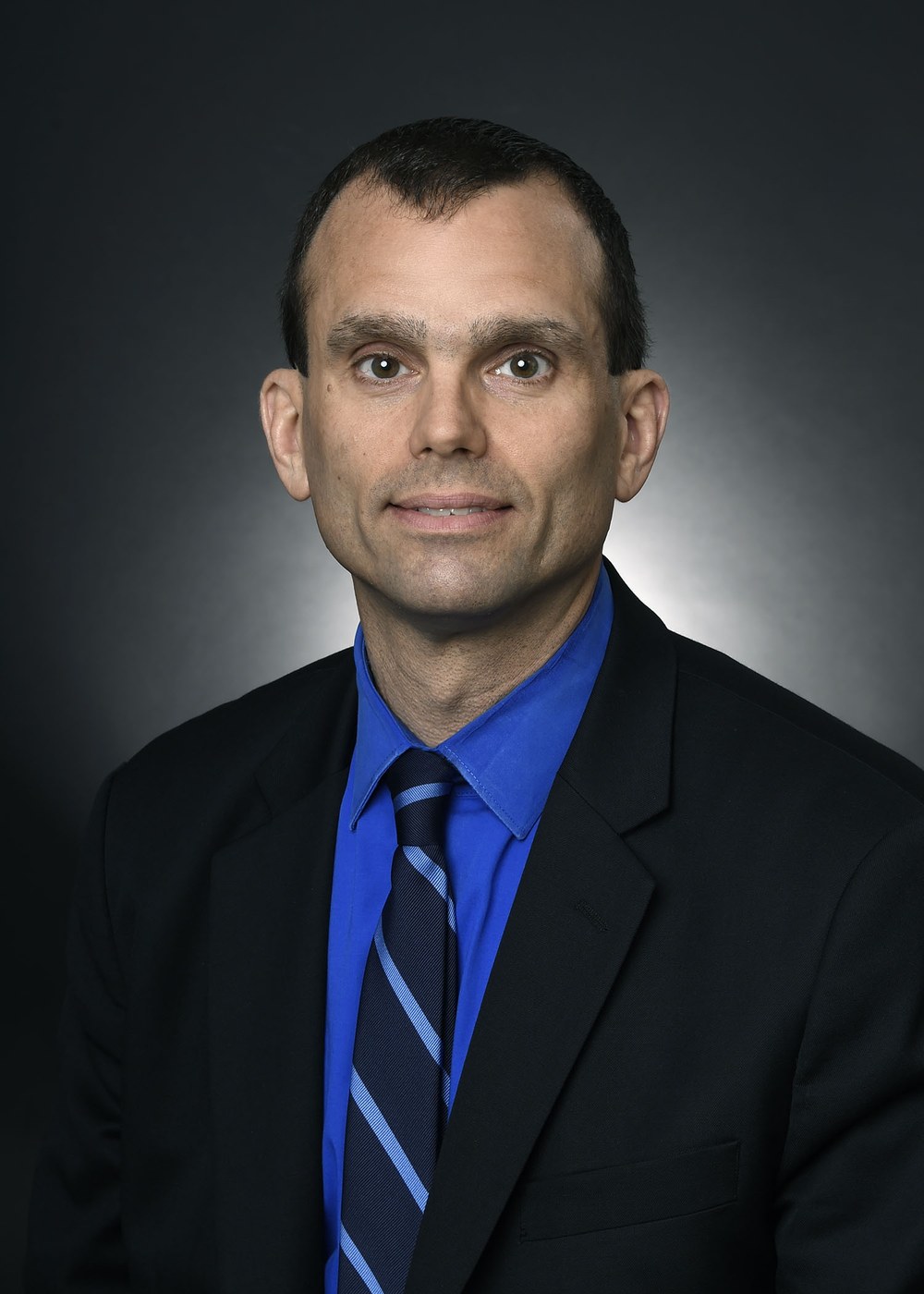 Unit Chief Garbato, a supervisory special agent, heads the Leadership Education Unit at the FBI Academy; he is a retired U.S. Army reserve captain and graduate of the Marine Corps War College.

“If Thucydides, Sun Tzu, and Clausewitz did not say it, it probably is not worth saying.”

History provides a seemingly endless list of renowned strategists who shared wisdom that can benefit today’s leaders. This article will focus on three of the greatest ever recorded — Carl von Clausewitz, Thucydides, and Sun Tzu.

Carl von Clausewitz was a 19th century Prussian military strategist. In his book On War, he established war as a continuation of politics by other means, thus, making it an instrument subservient to policy. He described “absolute war” as being without political purpose. Conceptually, he defines a “center of gravity” as the essential key to defeat an adversary. In a broader sense, it is a way to achieve a stated end, often manifesting into what we understand today as the concept of “the fog of war,” which requires little interpretation.7

To explain the nature of war, Clausewitz uses his paradoxical “trinity”: passion (of the people), probability (the measure of chance by military leaders in the execution of strategy), and policy (that which legitimizes action and defines strategy).8 He does not necessarily define war in the traditional sense as does Merriam-Webster: “a state of usually open and declared armed hostile conflict between states or nations.”9 After all, in the modern era, the risk of such conflict between great power competitors could easily rise to absolute war and even, perhaps, the “end of days.”

Clausewitz invites us to consider various forms of conflict and competition as physical ways to advance foreign policy goals. At present, we colloquially describe such conflict as “hybrid war,” which envelops everything from limited conflicts abroad and economic sanctions; to domestic turmoil, such as cyberattacks and misinformation campaigns; to violent, foreign-funded protests and demonstrations — all of which can erode faith, confidence, and trust in a state and/or society. The weaponization of social media creates a wildfire effect and has been coined “LikeWar.”10 In a sense, this is the world we live in if one is willing to accept the global adoption of such tools by nonstate actors as well, to include domestic and international terrorists and transnational criminal organizations. The author submits this is the world contemporary law enforcement must adapt to, operate in, and survive in.

Through this lens, one can consider the national security community’s historic usage of the acronym DIME, which details the various instruments of national power — diplomatic, informational, military, and economic — used to achieve a nation’s respective foreign policy and national security goals. The more contemporary version, DIME-FIL, which adds financial, intelligence, and law enforcement tools, is relevant to the domestic law enforcement community and appropriately envelops it into the greater national security apparatus.

Clausewitz’s assertions focus on the theory and nature of war. However, in terms of its execution, Thucydides, the Athenian general and historian, examines human conflict more holistically. In his account of the Peloponnesian War, he expresses intent of writing a work of history “done to last forever.”11 Thucydides achieved this end. His analysis includes grand strategy, the origins and morality of war, and its overall impact on both the individual and society.

To begin, Thucydides’ “trinity” addresses the factors that lead to war — specifically, fear, honor, and interest. “What made war inevitable was the growth of Athenian power and the fear which this caused in Sparta.”12 If one were to reflect upon the current U.S climate, which has gained global attention, Thucydides’ trinity rings loud and continues to gain momentum, regardless of who is in the White House.

His focus on Tychē, the Greek goddess of chance,13 as the great destabilizer of strategy reveals his influence on Clausewitz. Thucydides specifies uncertainty, ambiguity, friction, and incompetence as factors that frustrate the full spectrum of the most well-conceived plans. The COVID pandemic has proven this prophecy true.

Relative to the tools of war and its termination, Thucydides describes the use of diplomacy as not only an alternative to war but also as a continuation of war by other means, thus, speaking to the power of strategic narratives as a tool within the context of any given conflict.

Unfortunately, narratives are not always peaceful. They can be adeptly used to stir passion, as previously indicated by Clausewitz as a necessary ingredient for conflict. In any theater, stirred passions can lead to atrocities, thereby challenging the morality of any conflict. Thucydides paints a vivid picture of this as the “collapse of human values”14 and warns against the horrors of civil war, emphasizing: “If it had not been for the pernicious power of envy, men would not so have exalted vengeance above innocence and profit above justice.”15

We must wind the clock back further to visit Sun Tzu, the renowned ancient Chinese general, strategist, and philosopher. His teachings, compiled in The Art of War, address in simple, but often misunderstood, terms all facets of war and stratagem — to include ends, ways, and means.16 Sun Tzu’s short, often memorable quotes remain popular to this day, and his philosophy continues to influence China’s national strategy. However, Sun Tzu’s impact does not end in Asia as his ideologies remain important to the study and application of Western strategy.

Sun Tzu was a disciplined and principled master planner, demonstrated by his credo: “If you know the enemy and know yourself, you need not fear the result of a hundred battles.”17 He warned against “prolonged warfare.”18 Of particular interest is Sun Tzu’s guidance on achieving one’s objective without direct conflict, but through stratagem: “Supreme excellence consists in breaking the enemy’s resistance without fighting.”19 His preferred tools of war entail strong leadership, discipline, patience, education, deception, and, above all, planning.

“Even the ultimate outcome of a war is not always to be regarded as final. The defeated state often considers the outcome merely as a transitory evil, for which a remedy may still be found in political conditions at some later date.”

In an era where every action seems to be captured and shared on social media at lightning speed, there is little tolerance for error, adding an additional, heavy burden. With each tweet and post shot across the globe, the United States’ influence wanes, which has a direct negative impact on its national security.22

What words of wisdom would Thucydides offer if he could assess the current conditions of the United States? His historic alarms are significantly enhanced when combined with his summary assessment that, in general, states fail to terminate war conclusively.23

There are countless historical examples of this observation, from the Peloponnesian War, to the “war to end all wars,” to U.S. entrenchment in the Middle East. Like a virus, conflict often mutates in severity. Some of these conflicts are less obvious as there is no “clock” to define when such manifestations may occur. In the aftermath of the U.S. Capitol attack, is it coincidence or fate apparent that on December 29, 1860, Secretary of State William Seward warned President Lincoln of an existing plot to seize the Capitol on or before March 4, 1861? It should be noted this warning did not rule out the possibility of interference with Lincoln’s inauguration.24

It is not a coincidence that Clausewitz, Thucydides, and Sun Tzu remain so relevant. The abstract summaries offered here of these three great strategists do little justice to the rich context provided in their works. However, they are sufficient to address the current context within the United States and speak to the realities faced by law enforcement.

Law enforcement cannot “arrest” the nation out of this situation. The challenge is too broad and deep. Change must begin within the community. Individual organizations must revisit their respective strategies and culture and examine each critically. Despite its domestic mission, the greater law enforcement community is part of the U.S. national security apparatus. As such, respective organizational strategies should reflect this role and be informed by the lessons of the past to reduce the likelihood of repeating historic mistakes.