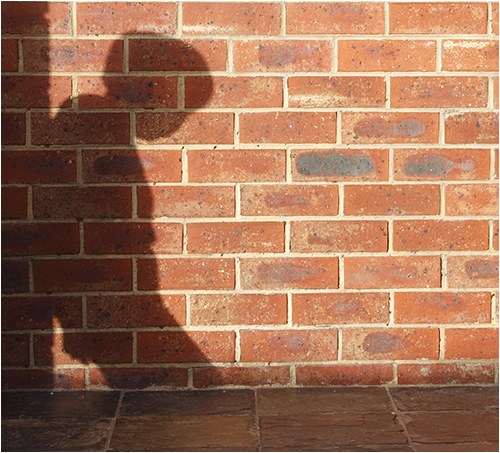 Trafficking in persons, or human trafficking, entails recruiting, enticing, harboring, transporting, providing, obtaining, or maintaining a person for compelled labor or commercial sex acts through the use of force, fraud, or coercion.1 A number of different terms—involuntary servitude, slavery, debt bondage, and forced labor—describe this constrained service.2

Human trafficking constitutes a fast, continuously evolving, transnational crime.3 Research has identified it as the third-largest criminal industry, following arms trafficking and drug dealing.4 It is expected to surpass both unless action is taken to deter and punish traffickers and educate and protect prospective victims.5 Numerous reasons, including nonreporting by victims, make it difficult to state accurately its depth and severity.

Growing evidence identifies human trafficking as a global, multibillion-dollar criminal empire; estimates vary from $32 billion to $150 billion per year.6 Transnational organized crime (TOC) groups engaging in human trafficking emerged as a trend, possibly attributable to the notion of women and children as valuable commodities to be bought and sold. Trafficking networks, different from TOC syndicates, usually are groups that take advantage of vulnerable victims, yet have no organizational structure or global reach.

Combating human trafficking requires ongoing international communication and cooperation among law enforcement leaders. This will help limit the ability of traffickers to operate freely and prevent prospective victims from being trafficked.

Nearly every country has prohibited slavery for decades; yet, it has reemerged on a global scale in the form of human trafficking.7 This international crime has existed in various forms throughout history; however, it was not considered a significant global social problem until recently.8 International interest and awareness concerning trafficking in persons emerged in 1995 as the number of trafficked individuals from the former Soviet Union joined victims from Asia and other parts of the world, thereby attracting worldwide attention and widespread reaction.9 Because traffickers target and exploit millions of people globally, this problem requires international awareness and intervention.

One distinctive, often underidentified and misunderstood, characteristic of human trafficking is forced criminality. Many people assume trafficking only entails the sex trade; however, traffickers also force adults and children to commit crimes—theft, illicit drug production and transportation, prostitution, terrorism, and murder—in the course of their victimization.10 For example, criminal groups in Mexico coerced children and migrants to work as assassins and to produce, transport, and sell drugs; adult Romanians were accused of forcing children to commit burglaries, and the victims reportedly were beaten for failing to deliver the daily quota of stolen goods; and in Africa, trafficked children have been forced to become soldiers.11

Human trafficking serves as an opportunistic crime targeting all types of people, with no age, gender, culture, or socioeconomic group immune. One of the most common assumptions about trafficking victims is that they are vulnerable because they come from poor, isolated communities. Many do; victims from a variety of backgrounds reported that their predicaments began with aspirations for a better life and a lack of options to fulfill them. 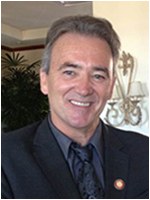 Dr. Normore is a professor of leadership and department chair of graduate education at California State University, Dominguez Hills in Carson, California. 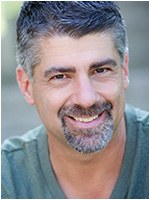 By exploiting these realities, traffickers appear to offer solutions—a job, a brighter future, a home, a sense of belonging, or even love. They prey on their victims’ hope and abuse their trust and confidence, coercing them into using themselves as collateral for an opportunity.

Human trafficking can include, but does not require, movement. People can be trafficking victims whether or not someone transported them to the exploitative situation, they previously consented to work for the trafficker, or they participated in a crime as a direct result of being trafficked.12 The traffickers’ goals to manipulate and enslave their victims and the myriad coercive and deceptive practices they use are at the heart of the situation.

Trafficking in persons occurs in every country; however, many Americans presume that incidents within the United States are infrequent and confined to major port cities. They assume it most likely occurs abroad. However, research indicates the United States as a documented source, transit, and destination country.13 Trafficking occurs in every U.S. state, and American citizens comprise the majority of victims identified in FBI cases.14

This crime has reached worldwide epidemic proportions, and no country is immune or outside the grasp of traffickers. Although victims from socially, politically, and economically disadvantaged countries are most vulnerable, individuals from all backgrounds are at risk. This is a globally facilitated crime where all borders are penetrable.

Children are the most vulnerable demographic group, particularly within disadvantaged countries plagued with poverty, political instability, interpersonal violence, and widespread corruption. To compound this issue, sophisticated and widespread advances in technology facilitate the supply and demand for child pornography, child sex trafficking, and child sex tourism.15 Sex trafficking of a minor under the age of 18 usually does not require force, fraud, or coercion.16

Current estimates indicate that traffickers exploit more than 2 million children annually by means of child sex tourism (CST), which involves deviant and often sadistic individuals who travel from country to country searching for children recruited explicitly for sexual exploitation and victimization.17 These so-called tourists reside in wealthier countries and travel to developing nations that often exhibit largely unbridled government corruption. Traffickers or individuals who assist them by arranging for children to be “rented” or sold coordinate and control international travel plans.18

The Internet’s ability to provide unlimited worldwide information contributes to the increase in trafficking. Anonymity, accessibility, and availability make it the primary means of communication to coordinate and execute most trafficking operations and fuel the increase and interest in CST.19 Sex tourists use the Internet’s massive communicative abilities to exchange sexually deviant stories; buy, sell, and trade child pornography; and arrange international travel plans to prey upon innocent victims. Additionally, predatory child sex tourists communicate with other pedophiles and sexual deviants via chat rooms, message boards, peer-to-peer file-sharing servers, news groups, and illicit websites that cater specifically to CST activities.20 Even more disturbing is the emergence of cyber-sex dens—rooms equipped with webcams so pedophiles can watch live feeds of perpetrators abusing children.

More than 38 countries established extraterritorial laws allowing citizens guilty of CST crimes while abroad to be prosecuted by their home countries.21 The United States has enacted stringent laws that mandate prison sentences of up to 30 years for anyone who engages in CST. This does not include additional sanctions imposed by the country where the perpetrator initially is apprehended and prosecuted. Unfortunately, several countries still do not prohibit such crimes.22

Law enforcement leaders must share information and intelligence regarding groups most susceptible to victimization and understand the cultures they represent. However, police encounters cannot provide helpful if language and cultural barriers exist between responding officers and victims. This could provide traffickers with an advantage concealing their crimes.

Beginning in 1999, the initial political push for action led to the introduction of several bills with a common theme—human trafficking includes forced criminality, which involves traffickers who treat victims as slaves made to lead a criminal lifestyle involving prostitution, pornography, and sex tourism.23 Over the past 15 years, tremendous international progress has occurred. However, many agencies still process these individuals as criminals. Law enforcement agencies worldwide must learn to consider them as victims and continue to receive training in human trafficking, including identification, processing, and care of trafficked persons.

Many law enforcement officers and leaders, community-based practitioners, and academic professionals perceive human trafficking as one of the fastest-growing global crimes of the 21st century.24 One promising strategy to assist international police leadership—cross-sectoral collaboration—emphasizes the importance of organizations in two or more sectors (e.g., law enforcement agencies, government organizations, nonprofit community groups, and businesses) combining their resources to attain a complex societal goal that one organization could not accomplish alone.25

In global attempts to reduce trafficking in persons, it is important to note that insatiable financial greed and disregard for human life contribute to this multibillion-dollar criminal empire.26 The clandestine nature of the struggle with human trafficking contributes to the so-called dark figure of crime—a term sometimes used by criminal justice practitioners to describe crimes not reported to or discovered by law enforcement and, thus, remaining unknown because it is difficult to determine the exact amount of money generated.27

Regardless of geographic location, many law enforcement agencies remain at a disadvantage regarding training and knowledge of human trafficking issues, particularly at the local level, where patrol officers likely will be the first to encounter traffickers and victims.28 One significant proposal centers on police organizations worldwide combining forces, sharing intelligence, communicating openly, and cooperating on both small- and large-scale investigations.

Equally important, law enforcement leadership must collaborate with nongovernmental agencies that specialize in the identification, care, and protection of victims and prevention of human trafficking.29 Law enforcement remains one profession affected and responsible for intervening and thwarting this problem. However, this global issue requires both government and nongovernment stakeholders to have a role.

Law enforcement officers serve as gatekeepers for the criminal justice system; therefore, officers at all levels should learn to recognize and address forced criminality associated with human trafficking. It is not unusual for traffickers to coerce their victims to engage in crimes.30 Police and the judicial system commonly mistake these individuals for criminals, rather than victims, and treat them as such. Agencies should adopt training and development regarding trafficking schemes and victimization. This is a daunting but essential undertaking.

International collaboration and communication prove critical for assisting law enforcement leaders worldwide. Many people perceive human trafficking as a threat to global peace and security that could undermine the economic, social, political, and cultural development of the international community.31

There has been notable progress combating trafficking in persons; however, no simple solution exists. No single country contains the power to eliminate the problem. A global concerted effort could produce positive results, but this requires careful coordination. Law enforcement agencies would benefit from a framework establishing transnational collaboration to combat trafficking that includes—

Human trafficking is a continuously evolving global crime with no simple solutions. To date, authorities have investigated, arrested, convicted, or punished few traffickers for these crimes.  Although law enforcement has made progress, international efforts have been slow and need to be fortified with stronger criminal justice responses that equip officers with the specialized knowledge, training, development, and resources vital to conducting their investigations, making arrests, and identifying and treating victims with empathy. Policymakers, law enforcement leaders, and international community constituents must strengthen the capacity and willingness to deliver justice and protect victims’ rights. Law enforcement can accomplish this through ongoing global collaboration and communication.