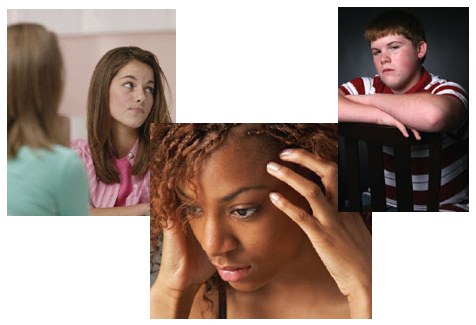 Many child and adolescent victims of exploitation require interviews significantly different from the ones investigators typically have training and expertise in. Special dynamics surround these situations, and, accordingly, the forensic interviewing of children and adolescents has become a specialized field.1

More specifically, law enforcement personnel sometimes find adolescent crime victims who—in various degrees and for different reasons—comply with the perpetrators. While investigators may encounter such juveniles in many types of cases, the authors have chosen to focus on computer-facilitated crimes. Interviewers must understand the development and complexity of these teenagers, as well as the dynamics involved in the relationship between victim and offender.

Although they may look and talk like adults, teenagers are at a significant and definitive stage of development. While attempting to reach maturity and independence, they remain immature and dependent. During this time, adolescents’ social, emotional, and sexual development and behaviors, such as vulnerability to flattery and attraction to recklessness,2 can put them at risk for victimization.

In adolescence, the part of the brain responsible for reasoning, inhibiting impulses, controlling emotions, and determining right from wrong has not completely formed.3 As a result, teenagers tend to be impulsive, use poor judgment, and lack decision-making ability. They also do not always recognize the potential consequences of their choices. Often, they take risks and break rules as they consider themselves invincible.4 However, they blame themselves for any negative outcomes that ensue.5

Also significant, sexual curiosity coincides with the physical changes that occur. Chat rooms and other online methods of communication now offer a resource, although not always accurate, for teens who want to learn or resolve confusion about their sexuality. Perhaps, they have questions pertaining to their sexual orientation and feel they have no family members or friends with whom to relate. Some teenagers seek out an adult online to experiment sexually with. In fact, most adolescents who meet an adult online acquaintance in person know it is for sexual purposes.6

Adolescents easily fall prey to the grooming process of online predators who appeal to their need to be “special” and “mature.” Teens often know the significant age difference of the person they chat with and, perhaps, send pictures to, but this does not change their behavior. For instance, an adolescent girl may engage in a relationship with a 40-year-old man she met online and not consider it problematic. She may enjoy receiving expensive gifts that a male her age could not provide. Further, in spite of the risks involved, this teen may rather communicate with someone who makes her feel grown-up than with her peer group members who may not have matured yet themselves. While other adults would consider this man a criminal, the girl may view him as her boyfriend.

Rarely do these adults use threats or deception to lure their teenage victims.7 Online perpetrators groom adolescents in a way that tends to gain complicity. Victims may cooperate in certain acts, but not in others. Some teens might go along reluctantly with sexual contact to receive material benefits from the adult, while others may actively participate in what they consider a relationship.8

Investigators must treat these incidents as crimes despite victims’ complicity with the perpetrator. However, they will find that conducting an investigation and interviewing these adolescents pose challenges when the victims do not see themselves as such. Complications and problems may arise if interviewers do not understand and acknowledge the dynamics of or recognize compliant victimization.9 Further, investigators must avoid turning the victim interview into an interrogation, which could pose problems for both the juvenile and the investigation.

Interviews of compliant teenagers in computer-related cases differ from other child/ adolescent interviews for several reasons: investigators usually uncover evidence of victimization during the investigation leading to the interview; the lack of disclosure prior to the interview tends to result in a greater rate of denial, even despite available evidence; and interviewers usually have media evidence, such as child pornography images and chat logs, to present to the adolescent during questioning. Forensic interviews with compliant teenage victims often require the verbal or tangible presentation of evidence to increase the chance of disclosure.

Investigators should carefully consider where to conduct the interview. Inaccurate statements may result from choosing an inappropriate setting. Interviewers should use a neutral location, such as a child advocacy center, unless it proves inappropriate, is not available, or does not allow for the presentation of evidence or interviewing of adolescents who have not made disclosures. A soft interview room at a local police department can serve as another option.

The interviewer’s approach can influence the accuracy of the adolescent’s statements. Such tactics as trying to convince compliant teens that they are victims, telling them that their relationship with a perpetrator differs from how they perceive it, passing judgment, or conveying parental advice while interviewing them could affect the disclosure process.

For instance, investigators may think it necessary to explain the dangers of the Internet and to offer safety tips. Although such education can prove valuable, the forensic interview is not the appropriate time for it. Teens may perceive this as blame. Instead, investigators must keep an open mind and allow victims to explain what occurred. If not, adolescents may provide inaccurate responses by, for instance, exaggerating violence or minimizing or denying complicit involvement, depending on their perception of what the investigator wants to hear.10

As another example, interviewers may approach compliant victims, such as those who willingly traveled with their online acquaintances, by saying, “What happened to you was a bad thing,” or, “Your parents have been so worried.” In response, the teens might acquiesce to what they think an interviewer wants to hear to avoid trouble with their parents.

Many of these victims became compliant because of the perpetrator’s skill in making them see the relationship as a real one based on love, not fantasy. These adolescents truly believe that the perpetrator cares about them. During interviews, these teens may become angry and defiant and not provide information about the person they “love.” They may give outright denials even when presented with evidence to the contrary,11 which can cause frustration for victims and investigators.

By staying focused on the teen as a victim, the forensic interviewer avoids inflicting additional trauma, inhibiting disclosure, and instilling in the adolescent a fear of not being believed. Further, defending the interview in court becomes easier if it does not cross the line into an interrogation. However, interviewers still can confront victims in a developmentally appropriate way. For example, if the adolescent states that no sexual contact with the perpetrator occurred, yet the chat logs have clearly stated it has, the investigator can say to the teen, “I’m confused. You said Joe never touched your body, but in these chat logs you and Joe talk about having sex. Tell me about that.” In this example, the interviewer confronts the adolescent without turning the interview into an interrogation by accusing the victim of lying.

Also, investigators must understand that sexual exploitation victims may have participated in criminal activity (e.g., using drugs or transmitting sexual images of themselves) as part of their victimization and anticipate factors, such as shame, guilt, embarrassment, and even thoughts of suicide, before conducting the interview. For example, two 13-year-olds involved with the same perpetrator revealed during a forensic interview that one had physical contact with the perpetrator while the other only interacted with the subject via computer. However, both indicated that they had thought of or attempted suicide due to embarrassment.

The process of investigating and interviewing child and teen victims has changed over the past several years. Forensic interviewing protocols and guidelines have developed based on research and in response to several court cases overturned on the basis of poor interviewing. Investigators must conduct forensic interviews in a developmentally sensitive, unbiased manner that will support decisions made in the criminal justice and child welfare systems.12 They should test, rather than confirm, hypotheses.13 If investigators interview compliant adolescent victims, they must follow guidelines established for the appropriate state, county, or agency. To avoid possible negative consequences, interviewers should receive training in forensic interviewing and use a trained forensic interviewer, multidisciplinary teams, or such resources as child advocacy centers. Investigators must understand that they cannot approach teenagers like adults and that doing so could adversely impact any statements they hope to obtain from the interview.

While services exist to accommodate younger, actively disclosing children, they are not always conducive to teenagers. Certain mental-health issues need to be addressed postinterview so appropriate services can be offered to the victims and their families. Interviewers should learn about state and federal statutes regarding victim’s rights and child protection issues. And, they must provide a defensible forensic interview for the adolescent victim.