Manhunts: A Role for Crisis Negotiators

Manhunts: A Role for Crisis Negotiators

By Vincent A. Dalfonzo and Michael A. Yansick, M.P.A. 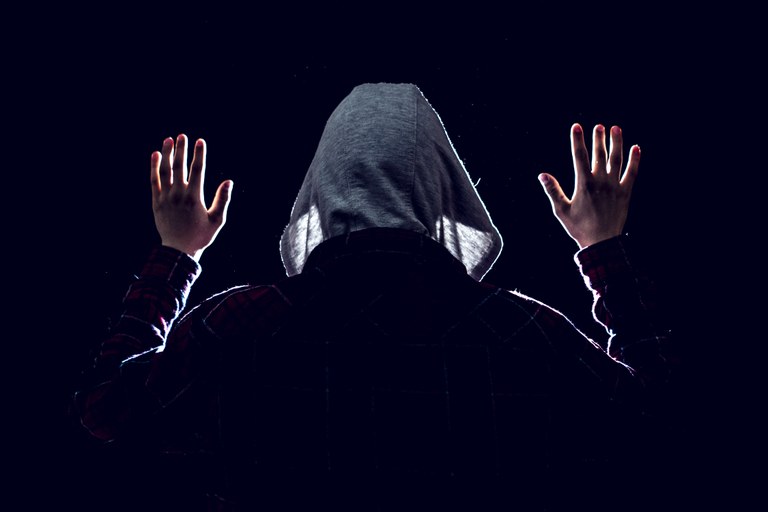 The authors define a manhunt as an intensive search for a known or unknown subject suspected of criminal behavior that may involve a recent violent act directed at law enforcement, terrorist attack, or other violent action. This differs from a fugitive matter, which can be a long-term investigation into either a nonviolent or violent crime.

Over the last 20 years, the FBI’s Crisis Negotiation Unit (CNU) has been involved in several significant, internationally known manhunt investigations, including those targeting the Washington, D.C., snipers and the Boston Marathon bombers. With today’s cell phones and social media, crisis negotiators have enhanced the goals of law enforcement in manhunts.

This article addresses several methods negotiators can use to increase the likelihood of apprehending subjects and reduce the risk to law enforcement. Additionally, the authors offer case examples to illustrate lessons learned and best practices.

Crisis negotiators are one of a few law enforcement groups specifically trained to assess risk during barricades or hostage situations — the assessment process is the same during a manhunt. Negotiators examine such elements as the subject’s criminal history, recent life stressors, and social media posts. Further, they explore the subject’s support network and indicators of suicide and determine if the individual comes from a culture of dominance. In manhunts, negotiators should assess the initial incident and determine:

Throughout the manhunt, negotiators must ask themselves, What is keeping the subject from surrendering? Several scenarios are possible. News coverage and media attention of the initial incident and subsequent manhunt may stimulate subjects and make them feel empowered. They may enjoy the attention and notoriety from the news reporting. Further, subjects may fear the police and believe officers are going to retaliate for past violent acts. They may want to surrender but not know how to do so in a safe and peaceful manner without embarrassment. Finally, subjects may have goals they have not achieved, such as suicide by cop or more media coverage.

The goal of protecting the public from a violent offender loose in the community is paramount for law enforcement. Often, police commanders send tactical teams, armored vehicles, and all available personnel to locate the subject and protect the community from another attack. Certainly, the CNU does not dispute this philosophy if commanding officers believe deploying these assets is necessary to protect the public.

" ... the goals for law enforcement during a manhunt remain the same: protect the community, apprehend subjects, reduce the risk to law enforcement, and aid in the prosecution of subjects."

However, negotiators should view the response from the subject’s perspective. If offenders see hundreds of officers patrolling in armored vehicles with high power rifles, they may feel trapped. If they believe the police only want to find and execute them, they also may believe there is no way for them to peacefully surrender and avoid humiliation. The CNU suggests agencies send messages via media releases or other means that outline ways subjects can surrender, ensuring communications clearly explain law enforcement wants a peaceful resolution and the incident need not end in violence.

During an encounter with Sheriff Deputy Eugene Cole, Jon Williams attacked and killed Deputy Cole. Williams fled the area and was believed to be hiding in the nearby forest. While law enforcement teams searched for Williams, both the sheriff and Deputy Cole’s widow made public statements directly addressing Williams, asking him to turn himself in and telling him he would be treated with respect and listened to. Williams was located three days later and arrested without incident.

"Especially in the current environment, it behooves law enforcement agencies to resolve any incident as peacefully as possible."

Negotiators are also trained in the selection and utilization of third-party intermediaries (TPIs). The crisis negotiator should determine —

Negotiators can assist the TPI in crafting targeted messages directly to the subject, asking them to surrender and providing suggestions on how to do so. Once a message to the subject has been established, agencies can draw from several delivery methods: social media, press conferences, written messages placed in strategic locations, or recorded messages played over loudspeakers or the news media.

On September 14, 2014, Eric Frein shot two Pennsylvania state troopers from a sniper's position. Frein was a survivalist who had planned this attack for years. When he became linked to the shootings, Frein hid in the mountainous woods near his home. He was believed to be armed and to have homemade explosives with him.

As numerous tactical teams searched for Frein, negotiators determined his parents would make the best TPIs. At first, both parents were reluctant to cooperate with the negotiators but agreed the best possible outcome was for Frein to be arrested peacefully. They soon realized their cooperation was essential in seeking this resolution.

Both parents made recorded and written statements to their son. They declined to make a media statement because they did not want further media attention. The recordings were played over loudspeakers in police vehicles that patrolled the perimeter of the area where law enforcement believed Frein was hiding. The written messages were photocopied and placed strategically in the search area. When tactical teams eventually located Frein, he was armed yet surrendered without incident.

While the CNU cannot guarantee a subject of a manhunt will hear any of the crafted messages, the general public will. Especially in the current environment, it behooves law enforcement agencies to resolve any incident as peacefully as possible. Manhunts usually end with the subject being arrested, and the possibility of violence always exists. Negotiators cannot eliminate that possibility. However, law enforcement commanders can highlight the efforts attempted to resolve the manhunt peacefully: negotiators conducted risk assessments and crafted messages, and the agency worked with the subject’s support network to convince the individual  to surrender. Such efforts may reduce community criticism if the subject is harmed during the apprehension.

The role of crisis negotiators is well-established and used in many scenarios, such as those involving barricaded criminals, kidnappings, suicidal offenders, and hostages. Because law enforcement communicates with the subject during these situations, negotiators can play a vital role and augment the investigation in manhunt situations as well. This does not mean other more commonly used practices (e.g., searches, drone employment, cell phone tracing) should not be employed, but agencies can use negotiations in conjunction with these elements to enhance law enforcements capabilities.

"Because law enforcement communicates with the subject during these situations, negotiators can play a vital role and augment the investigation in manhunt situations as well."

Mr. Dalfonzo, a retired FBI supervisory special agent, currently serves as an instructor with the Leadership Education Unit at the FBI Academy in Quantico, Virginia. He can be reached at vadalfonzo@fbi.gov.

Supervisory Special Agent Yansick, a former program manager for the FBI’s Crisis Negotiation Unit, now serves in the Bureau’s National Academy Unit in Quantico, Virginia. He can be reached at mayansick@fbi.gov.

For further information about the role of negotiators during a manhunt, readers can contact the FBI’s Crisis Negotiation Unit at 703-632-4700.