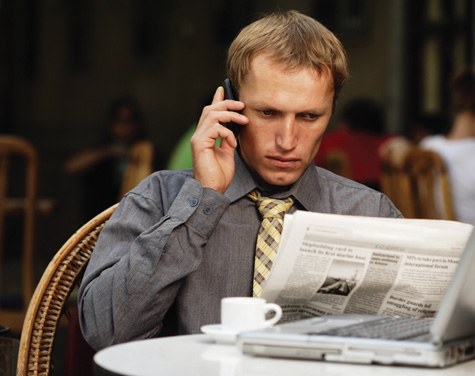 “Individual commitment to a group effort—that is what makes a team work, a company work, a society work, a civilization work.”

For some in the law enforcement and media professions, the phrase media as teammate may seem like an unusual concept. For the Albemarle County, Virginia, Police Department, however, this idea led to an initiative that became a positive interaction between the two entities and helped reduce the number of outstanding warrants the department had accumulated.2

Albemarle County encompasses 720 square miles in central Virginia and has a population of about 94,000. It surrounds the city of Charlottesville, which contains approximately 10 square miles with a population of 40,000 and has its own police agency. The University of Virginia has most of its facilities located in the county, adding an additional 20,000 to the population during the school year.

Although the Albemarle County Police Department is one of the larger law enforcement organizations in the region, it still has the feel of a smaller agency with only around 150 employees. Because its six divisions are taxed with primary responsibilities, the department often faces a problem common to many law enforcement agencies: serving outstanding warrants on a timely basis.

During the first few months of 2006, the Albemarle County Police Department held around 1,100 outstanding warrants and juvenile detention orders. Of those, 281 were felony warrants. Also, members of the department or other local law enforcement agencies had obtained 97 percent of the 1,100 warrants. Hence, these warrants identified local crime potentially committed by local people. The department found this unacceptable and believed that it was negatively impacting the community. Department leaders felt that they owed it to their citizens to actively and progressively attempt to lower the number of outstanding warrants. In April, the chief and the commander of the Community Support Division came up with a plan to address this problem. The chief had read about an initiative conducted in 2004 by the Newport News, Virginia, Police Department that involved placing an advertisement in the local print media naming the persons wanted by the jurisdiction.3 This successful endeavor planted the seed for Operation Spring Cleaning.

The commander of the Community Support Division and his staff began the necessary planning and research. After discovering that the Roanoke, Virginia, Police Department had conducted a similar successful project in March 2006, they consulted this agency, along with the Newport News Police Department. Then, they met with the area’s largest newspaper. Although somewhat uncertain of whether the paper would consider getting involved with such an undertaking, the department realized at this first meeting that its plan would come to fruition.

The newspaper’s advertisement staff agreed wholeheartedly with the idea. But, as imagined, the department would need to pay for the advertisement. The paper approached some sponsors for future endeavors but, due to the time constraints, could not secure any sponsorship for this first operation. The department would have to handle the costs, which would run $8,000 for a full-page advertisement and $4,000 for the half-page version. The reporters were equally excited to get involved, and the planning began moving along at a rapid pace. The department agreed to set a deadline of implementation no later than June 1 and eventually settled on May 21. 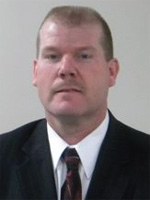 The newspaper’s advertisement staff agreed wholeheartedly with the idea. But, as imagined, the department would need to pay for the advertisement. The paper approached some sponsors for future endeavors but, due to the time constraints, could not secure any sponsorship for this first operation. The department would have to handle the costs, which would run $8,000 for a full-page advertisement and $4,000 for the half-page version. The reporters were equally excited to get involved, and the planning began moving along at a rapid pace. The department agreed to set a deadline of implementation no later than June 1 and eventually settled on May 21.

Next, the department had to resolve multiple logistical issues—most of all, the funding. The chief decided to use some asset-seizure monies for the advertisement, along with financial assistance through the Edward Byrne Memorial Justice Assistance Grant Program to pay for the overtime.4 The department settled with the newspaper to do a half-page advertisement for the first list and to only include the majority of its felony warrants. But, about two weeks prior to implementation, the paper offered to provide a full-page advertisement for the price of a half-page one. So, the department decided to include the names of the wanted felons, along with the more serious misdemeanants, and place the same list of names on its website. This would prove more than enough for the inaugural enterprise.

Finally, a wide range of other logistics and variables had to be managed in advance of the operation. One serious concern was that names of persons not actively wanted would inadvertently appear. To avoid this, personnel checked and rechecked the wanted persons list and put into place a system to flag anyone arrested between the review and the actual date of the venture. Other logistics included notifying the regional jail, the commonwealth attorney, the magistrate, the Emergency Communications Center, other local law enforcement agencies, and Crime Stoppers in advance. Procuring the appropriate vehicles, food, dedicated telephone lines, and the necessary volunteers also took time and effort. In addition, the department assigned an officer to review the plans for safety and policy adherence.

The department’s initial reservations about the newspaper’s willingness to become involved proved completely groundless. The paper’s personnel exhibited the highest level of professionalism. The advertisement branch was energetic and did a tremendous amount of work. The graphics team, paramount to the operation’s success, faced several last minute changes and possessed the flexibility to make these happen. Because the team had to have the actual advertisement finished 5 days prior to May 21, members added a disclaimer stating that the list was accurate as of May 16, 2006. The final advertisement listed around 180 persons wanted for felonies with the remainder of the page naming those wanted on serious misdemeanors. In addition to the names, a “top seven” list of subjects wanted on murder and serious sexual assault charges appeared in the upper portion of the page. Between May 16 and the actual date of publication, a few persons on the list had been arrested. Again, the graphics team made the appropriate last-minute changes.

The newspaper and other media representatives were eager to cover the operation in advance, and this provided the other piece of needed cooperation— anticipation within the community. The advertisement appeared in the Sunday, May 21, 2006, edition, and by 7 a.m., the phones started ringing. The local media provided continuing coverage of the operation, reporting positively on the efforts. The department allowed some members of the media to ride along with several of the arrest teams, providing a close-up view of the initiative.

Overall, the interaction with all representatives of the media was extremely positive and helpful. Working with the media during this operation was necessary to its success and turned out to be very rewarding. Ironically, a media source—a law enforcement magazine— spawned the idea, and the hard work of a newspaper that the department thought might not want to participate turned out to make an enormous contribution. Operation Spring Cleaning could not have happened without media involvement.

A few problems occurred during the project. At least four names of people no longer wanted appeared on the lists. Most had been served in other jurisdictions, and the appropriate paperwork had not arrived at the Albemarle County Police Department.

In a few instances, lack of personnel caused some backlog. For example, volunteers handled most of the phone calls. Even though they had detailed instructions and “lead sheets” to follow, their inexperience in conducting this type of call proved difficult to overcome in some situations. Additionally, future operations should include officers who speak Spanish, along with the services of the local probation and parole office.

Finally, the department did not receive as much positive coverage as it could have. This occurred because it dealt mostly with the one newspaper, rather than with all media outlets. While a minor disappointment, the department intends to advise all media representatives of its role as the lead agency in future undertakings of this nature.

Working with the media in such a positive way, along with the willingness of the community to get involved, made Operation Spring Cleaning a monumental success. This endeavor also clearly made a statement to the community and to the victims of the crimes committed that the Albemarle County Police Department will employ progressive efforts to address this area of concern. For the officers involved, the operation demonstrated that the department was proactively trying to make a difference by teaming with the community and, more important, capitalizing on a professional relationship with the media, a true teammate in the success of a common goal.