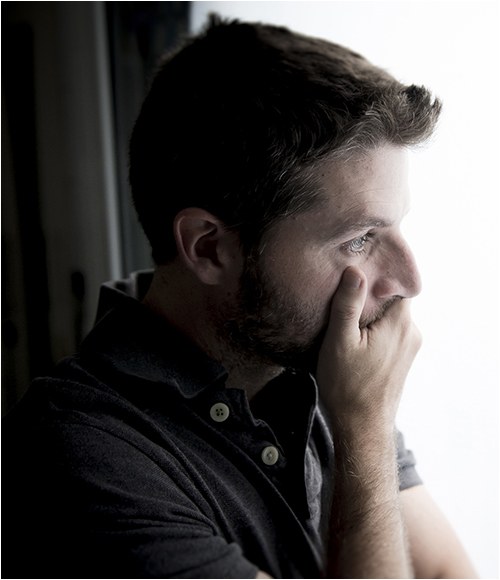 Law enforcement personnel face challenging work and experience numerous critical incidents over the course of their careers. Officers have to resolve such situations effectively (e.g., make arrests) and often respond first to the scene, thus, requiring them to also give emotional and physical support to victims of crimes.

﻿Unfortunately, such negative mental and physical health conditions persist despite millions of dollars spent by police organizations on health care and training to maintain officers’ performance and well-being. Most agencies provide the necessary equipment and support the highest standards of tactical training for their personnel. However, long-term exposure to extreme stress often depletes officers’ energy, hence, putting them at greater health and safety risks in the line of duty. 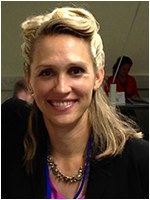 Dr. Andersen is an assistant professor in the Department of Psychology at the University of Toronto, Mississauga, in Ontario, Canada. 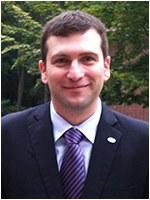 Mr. Papazoglou retired as a captain in the Hellenic National Police in Athens, Greece, and currently is a Ph.D. candidate at the University of Toronto, Ontario, Canada. 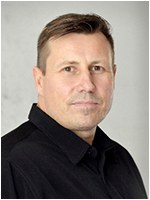 Mr. Gustafsberg retired as a chief inspector with the Finnish Police in Helsinki, Finland.

Law enforcement agencies should incorporate mental preparedness training into tactical exercises to reduce the effects of stress on officers. This must include education about the mental and physiological aspects of resilience and incorporate time in critical incident exercises for focused practice in applying control techniques to better arm police officers to resolve adversities and daily stressors in the line of duty. These mental preparedness techniques give officers the capacity to access and apply their training during real-world critical incidents.3 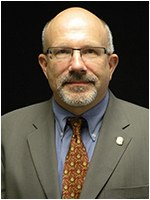 Dr. Collins is the forensic psychiatrist with the Ontario Provincial Police and an associate professor in the Division of Forensic Psychiatry at the University of Toronto, Ontario, Canada. 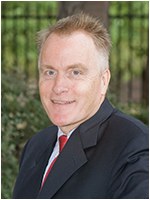 Dr. Arnetz is a professor, vice chair, and director of the Division of Occupational and Environmental Health in the Department of Family Medicine and Public Health Sciences at Wayne State University in Detroit, Michigan.

A few seconds may mean life or death during critical events, highlighting the urgency that law enforcement personnel achieve clarity of thinking and quick decision-making abilities. In addition, officers’ resilience can help them save and renew energy during and after exposure to extreme stress. Energy management is critical given that officers frequently respond to multiple incidents per shift. Further, mental preparedness and the ability to remain present-focused and resilient during traumatic situations can potentially reduce the likelihood of posttrauma conditions, such as PTSD and depression.4

Mental preparedness training stems from the core principles of psychological and physiological responses and their management during and following high-stress encounters. This training applies not only to operational police officers but anyone in a stressful profession.

Law enforcement professionals, such as police dispatchers and crime scene investigators, who experience organizational, as well as indirect, stress and trauma also may benefit from mental preparedness training. Application of techniques and practices can be customized to a police unit’s mission, considering that its members experience task-specific critical incidents.

The training must include certain psychological and physiological techniques that law enforcement personnel can apply shortly before and during exposure to critical incidents or extreme stressors. Further, officers must practice these techniques in nonstress times for them to become automatic responses during stressful situations.

Research provides the only evidence proving the effectiveness of techniques that enhance police officers’ performance and resilience. To date literature on evidence-based mental preparedness training is scarce; however, several related experimental studies focus on officers’ mental preparedness. Such studies contribute valuable information because they enable researchers to compare the experimental group (those who receive the training) with the control group (individuals who do not participate).

Specifically, one study applied heart-focused breathing techniques in its analysis of 64 police officers undergoing a training program.5 These techniques aim to help officers achieve psychophysiological coherence and regulate secretion of stress hormones in the face of stressful situations.6 After completion of the program, officers who participated in the study improved their judgment and decision-making abilities and decreased the frequency of job-related driving accidents and excessive force in high-stress situations.7

In another study, researchers applied a mental preparedness training program consisting of psychoeducation, relaxation, and imagery with mental-skill rehearsal techniques to a group of 18 rookie police officers.8 The participants applied the techniques as they listened to a description of a critical incident (e.g., domestic violence or an officer in danger). Officers visualized themselves involved in the event, trying to resolve it effectively. Before and after the application of the mental-skill rehearsal, participants engaged in a relaxation exercise. The researchers found that police recruits applying the learned techniques had better job performance indicators and health benefits (e.g., situational awareness and heart rate reactivity) compared with those who did not apply the techniques.9

In a similar study involving the same researchers, 37 police cadets applied relaxation training, guided imagery, and mental practice of police tactical skills in high-threat situations (e.g., armed suspect or active robbery) evaluated as such by experienced officers.10 Similar to their previous study, the researchers found that cadets who participated in the training program had better job performance indicators and improved health (e.g., fewer sleep difficulties or less exhaustion) compared with the group that did not receive the training.11

Law enforcement agencies can access or develop practical mental preparedness training to benefit their officers. To this end, the authors offer as a model a successful program that agencies can follow.

In the psychoeducational classroom segment, officers actively learn about their stress-response physiology. Through examples and exercises, students experience what happens internally when responding to stress. They learn what the “fight-or-flight” reaction is and how it impacts their health and safety. Participants discover how different levels of stress and the resulting emotional responses can impact occupational performance in the real world.

Officers also learn stress-response techniques and practice them in the classroom. These techniques include controlled breathing to modulate fight-or-flight physiology, positive mental focus, and visualization. Participants also become aware of the relationship between nutrition, stress, and performance, including basic skills regarding how to eat to fuel the body for optimal performance and health.

Students apply all classroom material in training scenarios and, eventually, real-world situations. Practical training is integrated into the required and relevant scenarios (i.e., the types of encounters that officers normally would face) for each specific police or special forces unit.

For instance, students participate in use-of-force training. Based on evidence that a low-stress environment is most ideal for learning and retaining new skills, officers face the first scenarios without judgment from peers and supervisors. Akin to how an athlete learns and perfects new skills, students perform their first actions slowly and methodically.

As each scenario begins, officers notice physiological arousal and how it impacts their situational awareness. Then, they practice the mental focus and controlled breathing techniques that reduce maladaptive stress responses and enhance resilient decisions and actions during stress. Further into the scenario, trainers work closely with officers to maintain a state of mental clarity and calm action until the situation is resolved.

The specific costs of implementing a training program depend on agency size, number of participants, and length of training needed to accomplish desired goals. A resilience program could result in a 14-percent reduction in annual health care costs—a total savings of $1,179 per employee per year.14

Agencies have significant reasons to provide such training to their personnel. Examples include police officers’ decision making in dangerous situations, suicide risk, and declining health.

Recent media reports of police shootings indicated a need for training. While such headlines never tell the whole story, news reports sometimes highlight seemingly unexplainable actions by law enforcement personnel. Departments spend a significant portion of their budgets to arm officers and train them to use weapons appropriately, assessing the details of specific situations and the mental health of the civilians with whom they interact.

Considering all of the dollars spent on training, why do such outcomes occur? Perhaps, officers receiving insufficient mental preparedness training leads to maladaptive stress responses that result in poor decision making under pressure.

The extensive stress law enforcement officers endure places them at high risk for suicide. According to researchers police suicides occurred at an estimated rate of 126 to 143 each year between 2008 and 2012 in the United States alone—approximately three times the number of officers killed by felons.15 To combat this, evidence-based mental preparedness and resilience training addresses how to manage stressors both on and off the job.

Officer health also has suffered; under highly stressful conditions, many changes occur in the brain and body that can have a negative impact.16 Because of the intense threats in their daily work, many police officers are especially vulnerable to the damaging effects of chronic stress.17 Research studies have shown that law enforcement personnel face a higher risk of contracting heart disease, diabetes, and cancer and may die earlier than their civilian peers from nonwork-related injuries.18 Mental health symptoms commonly associated with chronic stress (e.g., anxiety and PTSD) may make these physical health conditions worse.19

Law enforcement agencies should become aware of evidence-based mental preparedness training that exists and is ready to be applied more widely in police training. As decades of research have shown, simply waiting to intervene until traumatic stress has disabled an officer or leads to unnecessary suffering or death is too late.

Prevention and resilience interventions provide promising improvements in officer health and performance and ultimately will reduce organizational costs resulting from rehabilitation and missed work. However, applying evidence-based mental preparedness training requires the establishment of research collaborations and initiatives between police organizations and academic psychologists. In this case science can serve those who serve their communities. As law enforcement agencies become aware of the necessity of incorporating mental preparedness techniques into already advanced tactical training, they will improve officers’ safety and health throughout their careers.

Undeniably, police organizations provide their personnel with technologically advanced equipment, such as weapons and bulletproof vests—physical armor. The next step is to provide personnel with the necessary techniques—“psychological armor”—that create an invisible shield against adversities. The partnership between law enforcement and the applied research community further can refine ever-important questions. What mental preparedness techniques work best as police service evolves over time? What are the best ways to customize these techniques with different police units?

For questions or additional information, contact Dr. Andersen at judith.andersen@utoronto.ca.