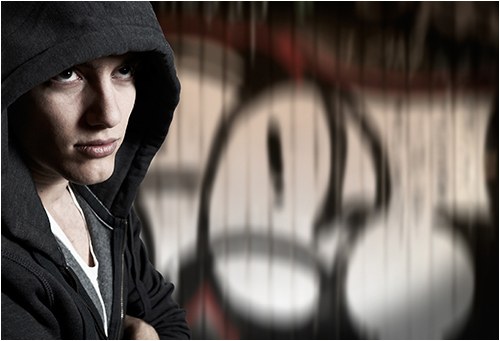 The extent of criminal gang activity is far-reaching. A recent report from the FBI’s National Gang Intelligence Center estimates gang membership nationwide at approximately 1.4 million persons. These members are spread across more than 33,000 active street, prison, and outlaw motorcycle gangs.1 Since the 1980s gangs have become increasingly aware of and practiced in the interrogation methods and techniques of law enforcement.

Most gang members are not fearful of or easily intimidated by law enforcement because they come from a background where fear and intimidation are the norm. Loyalty and pride are important to gangs, and respect equals fear.2 When gang members say “He didn’t respect me enough,” they typically mean “He didn’t fear me enough.” Revenge also is a high priority within gang culture. Failing to retaliate when a rival gang has victimized a gang member is a sign of weakness and will lessen a gang’s reputation. Cooperating with the police, or “snitching,” is unacceptable and can lead to fatalities. Gang members live by a code of silence that has to be broken through during an interrogation.

Law enforcement must be aware that gang members are experts at reading behavior. They have developed their powers of observation as a means of street survival, influenced by their past experience with law enforcement, what they have been told by older members of the gang, and what is portrayed in the media. During an interrogation law enforcement officers must be mindful of their own behavior. Any sign of weakness or uncertainty will work in a gang member’s favor.

Most gang members have experienced the traditional confrontational method of interrogation. Once taken into custody they wait to be confronted by the investigator so they can make repeated denials. Often gang members believe they will fare better if they divulge less. When officers use an aggressive approach with gang members, they unknowingly are giving their suspects an advantage. Gang members can anticipate the conflict that confrontation creates and match the interrogator’s direct, aggressive approach, thus, creating a more difficult and volatile environment in which to communicate. When a second officer enters the interrogation, the gang member anticipates the “good cop, bad cop” routine, realizing it simply is another tactic to elicit and secure a confession. 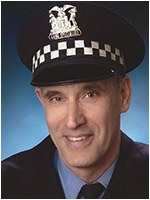 Mr. Guzman, an instructor on interview and interrogation techniques, is a retired gang crime specialist with the Chicago, Illinois, Police Department.

The nonconfrontational interrogation approach avoids placing gang members into a situation where they immediately can deny their involvement in a crime. This technique forces members to improvise a different strategy because they await a direct accusation that never occurs. Having no reference point for this technique from past experience, they lack the confidence to respond and gain control of the interrogation. Suspects may attempt to draw the interrogator out of the nonconfrontational strategy and into a more aggressive approach with which they have greater experience. Generation X and Y gang members are ideally suited for the nonconfrontational approach because it is more collaborative and communicative than the traditional use of direct accusation.

Similar to other criminals, gang members tend to confess when they believe their guilt has been established and there is convincing evidence of their involvement. The nonconfrontational approach protects the available evidence by avoiding its presentation to suspects. This approach prevents suspects from attacking the evidence directly or drawing inferences from how it may have been obtained. Gang members are thereby limited in their ability to defend themselves because they cannot know exactly what the interrogator knows, which witnesses have been identified, what physical evidence has been recovered, and whether their guilt has been confirmed.

Contrary to the confrontational approach, the investigator develops several rationalizations before the suspect is accused. The interrogator uses an assumptive question—a soft inquiry that implies the suspect’s guilt already has been established—when the accusation finally is made. Rationalizations in story form minimize the seriousness of the offense and give gang members an opportunity to psychologically justify their deviant behavior. Typical examples include spur-of-the-moment actions, revenge, financial pressure, or peer pressure. One reason this works well in gang-related interrogations is approval addiction. Once someone joins a gang, the person seeks the approval of the gang’s leader and fellow gang members. Using this explanation, gang members under questioning are afforded the chance to defend their actions.

The nonconfrontational approach contains four critical phases. The first involves verifying personal information and establishing rapport in an effort to identify the gang member’s truthful behaviors and develop a connection between the investigator and the suspect. Members of law enforcement can show respect and start developing rapport by reaching out with a firm handshake and a noncondescending greeting.

The second phase supports the introductory statement method. During this phase investigators touch upon their background and explain their roles in cases to suspects. Officers also detail how crimes occur and how investigations identify the perpetrators. In five critical minutes investigators can establish their own credibility and cause gang members to convince themselves they already are caught without enabling them an opportunity to hide behind a direct denial.

The third consists of rationalizing with gang members in the third person to help them save face while admitting guilt. The interrogator offers excuses or reasons to psychologically justify suspects’ criminal conduct.

The fourth phase starts by accusing suspects, using an assumptive question. Once gang members provide their first admission, the phase continues by developing the remaining details to each crime in which the suspects have been involved. A professional closing, which can be specific to each case or jurisdiction, concludes the interrogation process.

The nonconfrontational interrogation approach works well with streetwise gang members because it avoids conflicts and denials, persuades without being aggressive, and links the most common reasons why individuals confess—admitting guilt, hoping for leniency, feeling they have no way out unless they confess, being proud of what they did, gaining status within the gang, and putting their spin on the story. This approach directs suspects to believe they are being interviewed when the introductory statement is, in fact, an interrogation. Concurrently, this technique affords gang members a face-saving device and an opportunity to put a positive spin on the situation. It also may relieve any guilt they have without encouraging them to lie to the investigator.

For additional information Mr. Guzman may be contacted at jguzman@w-z.com.