Options for Reporting Sexual Violence: Developments Over the Past Decade

Developments Over the Past Decade 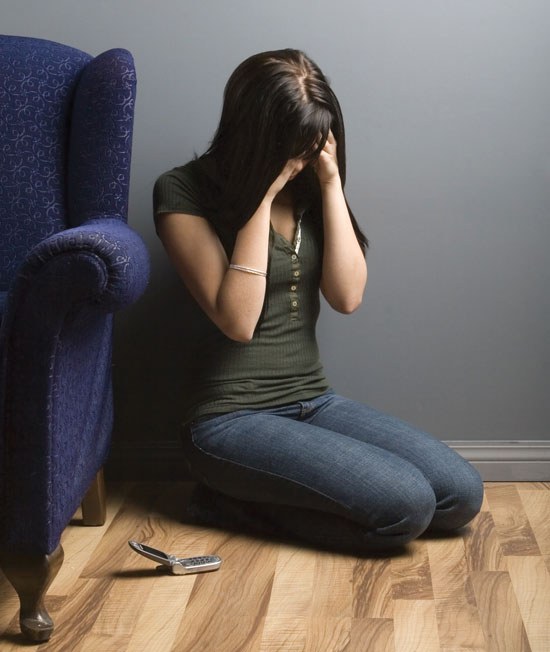 “Blind reporting can give victims of sexual violence, and other sensitive crimes, a safe haven to file a report at the same time that it removes that refuge from their assailants.”1 For the victim, the benefit of such a system lies in having time to build trust with the law enforcement officer and to consider all of the implications of participating in reporting, investigating, or prosecuting the case before making a decision whether to proceed. For the law enforcement agency, this type of reporting can help gain intelligence about the local incidence and perpetration of all sexual violence in the community, as well as build trust and credibility with populations vulnerable to assault.

Developments in the field and changing social expectations have made law enforcement agencies reconsider and refine their processes for working with victims of sexual violence. Careful thought, clear direction, and institutional commitment are required to set up graduated reporting systems that respect the circumstances and challenges of victims, provide consistent response by investigators over time, and gather intelligence and evidence that will ultimately achieve law enforcement’s primary goal: to protect and serve.

Since 1999, these developments have affected the terms used to describe this practice and applied the concept to parallel processes. The two major changes involved the U.S. Department of Defense establishing a graduated reporting system (confidential, restricted, and unrestricted) in all branches of the military in 2004. Then, in 2005, Violence Against Women legislation (VAWA 2005) mandated that states afford forensic medical examinations to victims of sexual assault without 1) requiring cooperation with law enforcement or participation in the criminal justice system and 2) incurring any out-of-pocket expenses.2

Ms. Henderson is the associate director of the Public Intersection Project at the School of Government, University of North Carolina at Chapel Hill.

By 2004, the Department of Defense implemented landmark policies to address the incidence of sexual violence taking place within the military. They originally distinguished three levels of reporting.3

States that do not comply with the VAWA 2005 requirement regarding forensic examinations will not be eligible to receive STOP Violence Against Women Formula Grant Program funds. According to the Office on Violence Against Women (OVW), “In fiscal year 2009, the STOP Program awarded almost $116 million in grant funds. Since 1995, OVW has made approximately 353 awards to states and territories, totaling more than $750 million, to address domestic violence, dating violence, sexual assault, and stalking.”4 This funding enables states to introduce innovations and improvements to their client services, law enforcement, and judicial systems.

Of importance, VAWA 2005 emphasizes health care and evidence collection, not reporting to law enforcement. It requires states to meet these forensic requirements but does not mandate a particular strategy for compliance. States, therefore, vary in their approaches.5 Moreover, states also are not required to implement restricted reporting processes, but many are doing so voluntarily.6

OVW’s website offers some frequently asked questions, including one concerning the effect of the VAWA 2005 forensic examination requirement on law enforcement. “Many victims refuse to undergo examinations because they are not ready to report the sexual assault to the police. Advocates for sexual assault victims maintain that the VAWA 2005 forensic examination requirement will encourage more victims to undergo examinations directly following the crime, thereby preserving forensic evidence for future prosecutions when victims are ready to cooperate with law enforcement. Jurisdictions that have implemented anonymous reporting, including the U.S. Military, have found this to be true.”7

Law enforcement officials and other professionals who work with victims of sexual violence might be unclear about the distinguishing characteristics among the terms blind, restricted, confidential, Jane Doe, or anonymous reporting processes and might use them differently. To aid the law enforcement community, the authors offer a clarification of these terms and provide general guidance on setting up these systems of reporting. They use the term restricted reporting to refer to processes in which victims contact law enforcement for assistance and the term anonymous reporting for those in which victims seek medical intervention and evidence collection but not necessarily investigation as set forth in VAWA 2005.8

In anonymous reporting processes, the victims are given a code number at the hospital that they can use to identify themselves if they choose to report at a later time. They are not required to cooperate with law enforcement or criminal justice authorities. Generally speaking, no direct connection is made between the victim and law enforcement officials unless the victim is willing to request their involvement. An advantage to anonymous reporting is that the integrity of the evidence is maintained while the victims have time to heal, consider their options, and make decisions. A disadvantage concerns hospitals and law enforcement investing resources in collecting and storing evidence that might not be used.

In addition to dealing with the ordeal of the violence itself, victims also might be traumatized by the reactions of family, friends, or the professionals from whom they seek help. Historically, too many survivors experienced revictimization through the law enforcement and criminal justice processes. Reporting systems that force—or are perceived to force—immediate all-or-nothing decisions whether to pursue investigation understandably scare off some victims. In contrast, allowing time to create dialogue between the victim and the law enforcement officer has the added benefit of building trust between them as well. A victim who trusts the integrity of the investigator is more likely to withstand the potential challenges, intrusions, or disappointments of the investigative process.

Law enforcement officers might initially experience frustration in spending time with a victim who is uncertain about following through or in their being held back from a compelling investigation. However, victim-friendly reporting processes constitute an investment in both building positive community relationships and in gathering intelligence related to the commission of sexually violent crimes.

Agencies that implement some form of graduated reporting options likely will experience an increase in the initial reports that develop into formal investigations. For example, in 2005, the first year of the Department of Defense’s graduated reporting system, 108 (24.8 percent) of the 435 victims who initially used the confidential reporting mechanism later chose to file formal reports.9 And, for the Chapel Hill, North Carolina, Police Department, 22 percent of these types of reports developed into formal investigations over a period of 10 years.10

These graduated reporting options represent an innovation from over a decade ago that some in law enforcement have yet to fully embrace. Room for expansion in terms of both philosophy and implementation could prove beneficial for both victims and the law enforcement community. Where such systems exist, one learning opportunity now relates to how best to use the information while maintaining any promised expectations of confidentiality.

The initial report acts as a foundation document, offering the first account presented by the victim that can link to a suspect’s method of operation, description, crime location, or identity. The information also might inform other existing investigations of the same or related types of crime or patterns of perpetration. The information presented to law enforcement by the victim of sexual violence is potentially unavailable by any other means or through any other person. Similarly, narcotics and vice operations commonly practice receiving, but not acting upon, such information to make the best strategic use of the data.

Specific information for any crime is primarily gained from two distinct sources, the victim and the offender. As law enforcement is aware, gaining access to a crime through the “eyes of a victim” lends unique insight to an offender’s behavior and motivation. It also can provide links to other crimes that might not seem connected due to their nonsexualized presentation. Related crimes that can easily be overlooked are property crimes, such as breaking and entering, burglary, car jacking, or robbery. Perpetrators might employ these strategies to gain access to potential victims for the purpose of sexual assault.

For victims to risk talking at all, law enforcement officers should demonstrate a basic knowledge about the potential emotional and behavioral reactions to the violence and convey an understanding of the negative personal impact of working through the justice system. Affirming the challenges of both experiences (the violence and the reporting) does not mean the officers accept the victims’ accounts with unquestioning belief but simply that they convey a basic understanding of some part of the experience.11 It is appropriate to share legal definitions or potential interpretations of behavior, recognizing that sex offenders are effective in using these myths and misunderstandings to convince victims that their actions contributed to the sexually violent outcome of the encounter. Too often and too accurately, victims delay or avoid reporting the crime because the perpetrator has convinced them that no one else will believe or care.

Once a victim talks with an officer, another challenge lies in taking the initiative to consistently code and study the report. The end goal is to achieve case linkage through comparative analysis.

To structure reported information into a usable format, developing a restricted reporting form and using it consistently prove critical. The structure of the form should enable easy review with other formally submitted police reports. Assigning responsibility to one person, such as the department’s crime analyst, investigation commander, or sex crime specialist, is a preferred way to consistently maintain and analyze the reports. In addition to asking traditional questions about the perpetrator, weapons, vehicle, and crime, this form also can be used to track custody of evidence kits or other collected evidence, as well as the strategies employed to identify, groom, isolate, intimidate, or control the victim. As a beginning, expectations of the information contained within the reports should be considered from four perspectives.

If the victim decides to proceed with a full investigation, the original restricted report and the official incident report should be cross-coded by number. This will allow for easy retrieval of the information.

Setting up restricted reporting systems helps ensure that law enforcement agencies receive a more accurate account of the crimes committed within their jurisdictions. These endeavors provide a venue for victims to satisfy their need to notify others of the potential for harm, gain faith in a complex process unknown to them, and receive the response that they deserve.

As with most innovative techniques that address specialized crimes, law enforcement organizations should take time up front to clarify their goals for implementing the system and the resources they are willing to direct toward sustaining it. Planning and providing training for both the process of reporting and the dynamics of sexual violence also is critical for successful implementation. In the end, agencies should remember that the lack of confidential reporting can create a picture-perfect community but not always a safe one.

1 Sabrina Garcia and Margaret Henderson, “Blind Reporting of Sexual Violence,” FBI Law Enforcement Bulletin, June 1999, 12-16.
2 Access http://frwebgate.access.gpo.gov/cgibin/getdoc.cgi?dbname=109_cong_bills&docid=f:h3402enr.txt.pdf for the complete text of VAWA 2005.
3 The website for the U.S. Department of Defense Sexual Assault Prevention and Response, http://www.sapr.mil, now lists only two options for reporting—restricted and unrestricted—and refers to the policy on confidentiality for specific personnel.
4 See, the Office on Violence Against Women website at http://www.ovw.usdoj.gov/stop_grant_desc.htm.
5 States needing technical assistance in reaching compliance should contact End Violence Against Women (EVAW) International, designated by the Office on Violence Against Women as the national technical assistance provider on this issue, at http://www.evawintl.org/.
6 See the Office on Violence Against Women website at http://www.ovw.usdoj.gov.
7 For further information on forensic examination requirements and other STOP Program requirements, please visit http://www.ovw.usdoj.gov/docs/FAQ_FINAL_nov_21_07.pdf or contact the Office on Violence Against Women at 800 K Street, NW, Washington, DC 20530, Phone: (202) 307-6026 and Fax: (202) 305-2589.
8 One disadvantage of using the term Jane Doe in relation to sexual assault forensic exams is that law enforcement often uses this phrase to refer to unidentified victims for whom investigations are initiated. In the circumstances addressed by VAWA 2005, investigation will not begin until or unless the victim decides to do so.
9 See Department of Defense Report of Sexual Assaults in CY 2005 at http://www.sapr.mil/contents/references/2005%20RTC%20Sexual%20Assaults.pdf.
10 Statistics provided by Sabrina Garcia, Chapel Hill, North Carolina Police Department.
11 Local rape crisis centers and state sexual assault coalitions are sources for training about the victim’s perspective.