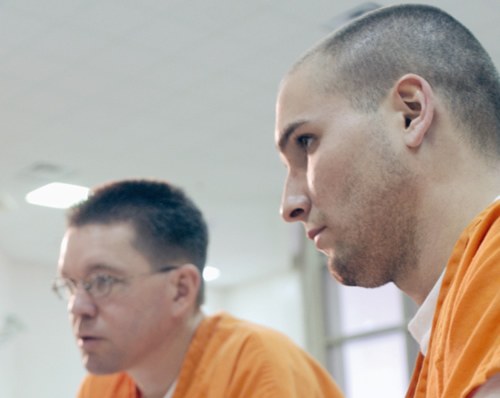 On July 5, 2005, police in Torrance, California, arrested Levar Haley Washington and Gregory Vernon Patterson because of their suspected involvement in a string of gas station robberies. Officers conducting a standard follow-up investigation searched Washington’s apartment and found jihadist material, including an apparent target list. Both suspects are U.S. nationals and converts to Islam. This arrest of “common criminals” quickly led to a large-scale investigation of a homegrown terrorist plot directed against targets in Southern California. Many people found it surprising that such a threat could exist in their own community. Even stranger, individuals within the confines of prison walls fermented the plot.

Washington and Patterson were part of Jam’iyyat Ul-Islam Is-Saheeh (JIS), Arabic for Assembly of Authentic Islam, a radical prison organization. The JIS interpretation of Islam, sometimes known as “Prison Islam,” supports the establishment of an Islamic caliphate, or government, in the United States and advocates the targeting of the American and Israeli governments, as well as Jews, in retaliation for their policies regarding Muslims.1

In 2004, Kevin James, an inmate serving time for robbery convictions at the New Folsom Prison near Sacramento, California, led the JIS. He recruited fellow prisoners to join and preached the duty of members to target enemies of Islam, or “infidels,” including the U.S. government and Jewish and non-Jewish supporters of Israel. James distributed a document in prison that justified the killing of infidels and made members take an oath not to speak of the existence of JIS. He also allegedly sought to establish groups, or cells, of members outside prison to carry out violent attacks.2

﻿James met Washington in prison in 2004 and introduced him to JIS and its beliefs. Prior to Washington’s release that same year, James provided him with “Blueprint 2005,” a document urging prospective JIS members to blend into society by marrying, getting a job, and dressing casually. The document also instructed followers to study Arabic, acquire two pistols with silencers, and learn how to make bombs.3

Washington used the document to recruit Patterson, an employee at Los Angeles International Airport (LAX), and another individual, Hamad Riaz Samana, a Pakistani citizen, at the Jamaat-E-Masijudal mosque in Inglewood, California, where they all worshiped. Both Patterson and Samana swore allegiance to Washington and pledged to serve as “mujahideen,” Muslim guerilla warriors engaged in a jihad.4

The men plotted to attack Jewish institutions and other targets in the Los Angeles area, including synagogues, the Israeli Consulate, LAX, and U.S. military recruiting offices and military bases, intending to kill as many people as possible.5 They planned to carry out their attack on a synagogue during Yom Kippur to increase the number of casualties; the plotters also considered the fourth anniversary of the September 11 terrorist attacks.6

The Los Angeles Police Department (LAPD) trains its officers on the tactics and methods used by contemporary terrorists. This includes the various steps that lead up to an attack, such as target acquisition, preattack surveillance, and supply procurement. The JIS investigation, conducted by more than 200 investigators from the Torrance Police Department (TPD), LAPD, FBI, and other local and federal law enforcement agencies, revealed that Washington, Patterson, and Samana, under the leadership of James, had taken part in all of these activities.

Patterson and Washington originally were connected to the gas station robberies when Patterson, who lived with Washington, dropped a cell phone at one of the crime scenes. During a search of their apartment, investigators found evidence of target acquisition in a 2-page document written by Samana titled, “Modes of Attack,” which listed the addresses of each location they targeted.

Prior to their arrests, the JIS members conducted surveillance and used the Internet to research possible targets. They easily did so with commonly used Web sites that allowed them to obtain overhead and street-level views of potential target locations.

The suspects ultimately advised investigators that they conducted the gas station robberies to raise funds to finance their terror efforts. This constituted the supply procurement stage. The FBI later determined that Patterson bought a .223-caliber rifle with the proceeds from his robberies.

The JIS case serves as an excellent example of local law enforcement using straight-forward crime-fighting efforts to thwart terrorist activities. Investigators from TPD followed the clues to locate the robbery suspects, and they had the training that allowed them to recognize that they had uncovered a terrorist cell, not just a group of common criminals.

Perhaps most important, the TPD had established relationships with its local and federal law enforcement partners. These partnerships allowed for a coordinated investigation sufficient to disrupt JIS’ terror plan, identify all involved parties, and ensure an eventual successful prosecution. As stated by the special agent in charge of the FBI’s Los Angeles office, “This case reminds me of the evolving terror threat we face and continues to serve as one of the finest examples of line police officers uncovering a terrorist plot and setting aside jurisdictional boundaries to work with the JTTF.”7

Washington and Patterson pled guilty in 2007 to charges of conspiring to wage war against the United States. In 2008, they received sentences of 22 years and 12 years respectively. Washington also was sentenced to an additional 22 years in prison for unrelated robbery and weapons charges. Kevin James pled guilty in federal court to conspiring to levy war against the United States. In 2009, James was sentenced to 16 years in federal prison. Hamad Samana was sentenced to 70 months in prison in 2009 for his participation in the plot. 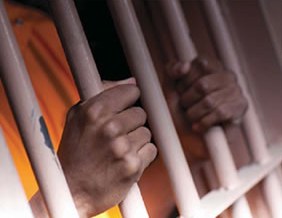 “While only a small percentage of converts turn radical beliefs into terrorist action, the James case is not an isolated event.”

The radicalization of Washington in prison is not unique. Kevin James himself was radicalized while incarcerated. In 1997, the then 21 year old began serving a 10-year sentence for robbery at the California State Prison in Tehachapi. Initially while in prison, James followed a traditional form of American Islam, Nation of Islam, but found those teachings uninteresting. JIS provided him a level of protection not afforded other religious followers because it is based on a model in which its members act as a prison gang. The group not only has its own hierarchy, code of conduct, and secret communication system but the members also have their own group identity. This gives them a shared purpose and has led to a form of collective resistance against the U.S. government.8

While only a small percentage of converts turn radical beliefs into terrorist action, the James case is not an isolated event.9 Jose Padilla, a Chicago, Illinois, street gang member, is just one more example of someone who became a radical Islamist while in prison. Authorities arrested him in 2002 on suspicion of planning to explode a “dirty bomb.”10

Prisons literally provide a captive audience of disaffected young men easily influenced by charismatic extremist leaders. These inmates, mostly minorities, feel that the United States has discriminated against them or against minorities and Muslims overseas. This perceived oppression, combined with a limited knowledge of Islam, makes this population vulnerable for extremists looking to radicalize and recruit.11

The shortage of qualified religious providers in prisons heightens the threat of inmate radicalization. Prisoners with little training in Islam have asserted themselves as leaders among the prison population, at times misrepresenting the faith. Prison Islam incorporates violent inmate culture with religious practice. Currently, little standardization or accreditation exists to identify persons qualified to teach Islam or lead its services in prisons. Wardens rely on local endorsing agencies or simply leave it up to inmates to choose. Prison authorities are not ensuring that religious leaders have adequate training or if they espouse radical theology.12

Currently, and not surprisingly, researchers are proposing the need for more study in the area of prisoner radicalization. The magnitude of the problem remains unknown. Authorities must temper their responses with the understanding that religious conversion differs from radicalization. Many people have advocated the necessity of more effort in identifying and recruiting qualified chaplains who could teach a more mainstream version of Islam in prisons. Even so, the JIS case demonstrates that some prisoners will find Prison Islam more attractive than a moderate or mainstream teaching of the Quran.

Other recommended solutions to the radicalization problem stem from the position that groups, such as JIS, are prison gangs and that authorities should deal with them as such. In California, gang investigators assigned to prisons have been trained to recognize and monitor the potential radicalization of inmates. Of particular concern are people, such as Washington, who can be paroled into the community after radicalization. Such individuals pose the threat of committing acts of violent jihad. In an effort to get an early warning about any such prisoner who may play the role of the martyr, California’s correctional authorities forward information about prison radicalization to the state’s intelligence fusion centers, where officials from all three levels of government, as well as the private sector, share information. Likewise, the Federal Bureau of Prisons and the FBI address the problem, as well, both by vetting chaplains and religious volunteers and by closely tracking inmates with suspected terrorist ties.13

The problem of prisoner radicalization is a serious one. Clearly, any solution will require a multiagency and multidisciplinary response and will rely on better education, intelligence, and enforcement. Seemingly, law enforcement and government in general are better positioned to respond to, if not prevent, future incidents, like the JIS case. And, certainly, a greater awareness of the threat exists.