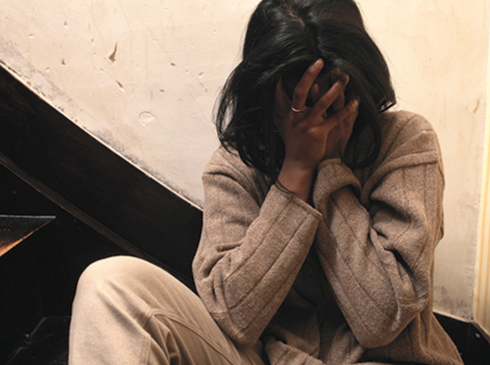 In 2010 the Anaheim Police Department (APD) vice detail in Orange County, California, realized that most of the prostitutes it had contact with came from similar backgrounds. Analysis of their common circumstances and reasons for prostituting caused investigators to believe that they were sex trafficking victims. Human trafficking is using force, fraud, or coercion to recruit, obtain, or provide a person for sexual exploitation. This shift in perspective produced an innovative approach to addressing the problem.

In over 100 arrests, most of the women expressed that prostitution was not their career of choice. In a 1998 study, 88 percent of the prostituted women surveyed stated that they wanted to leave the sex trade industry.1 The majority of prostitutes interviewed by APD vice investigators believed that selling themselves was their only alternative for survival. Further investigation showed that these women shared similar circumstances that led them to prostitution. Many came from dysfunctional homes, had few friends or family members who cared about them, and were drug addicts or alcoholics. Arrest and contact data indicated that most of these women were between 18 and 29 years old. Unfortunate situations and poor choices made them vulnerable.

Most of the women described their path into the sex trade as a boyfriend transforming into a pimp or a girlfriend becoming a prostitute. A man recognized the woman’s situation and gained access through affection, compassion, and a promise to care. He became a companion who listened, understood, and shared the desire for a better future. The new beau quickly made an offer—leave with him and he would take care of her. She left for a better life. The man quickly moved her to another county or state. Once relocated, the partnership transitioned into an abusive domestic relationship. The man dominated the woman and controlled where she stayed, when and what she ate, what clothes she wore, what she did, and when she did it. Even if the woman could call for help, she had no one to rescue her. The man told her that they needed money and that she would have to earn it. People see a pimp as someone who obtains customers for a prostitute. The reality is that they use manipulation, threats, and violence to keep these women from leaving. They depend on the women they recruit into prostitution. These men use mental, emotional, and physical abuse to keep the women generating money.2 Out of fear or a desire to be cared for, hookers protect their pimps. The men abandon women who are unable or unwilling to provide any more revenue. Most prostitutes recognize their actions as illegal; however, a substantial number of them truly are victims.

Pimps use various control methods to keep the women working the streets. Many of the prostitutes spoke of daily physical abuse, emotional dominance, and lies about caring. These men burned the women with curling irons, strangled, and punched them. They told the prostitutes that their families would be ashamed of them for being a hooker and that no one else would care for them.

Alone and removed from family and friends, these women have no money and depend on their pimps for food, shelter, and clothing. Human sex trafficking victims equate to modern day slaves. The vice detail’s findings supported the argument that “The most insidious and common pattern appeared to be young women being convinced to exploit themselves for the financial benefit of someone else. Betrayals by the people closest to prostituted women appeared to be only the first injustice in a path...rife with violence, degradation, and extreme physical stress.”3

After close analysis of prostitutes and their situations, the APD instituted a new approach where it viewed prostitution as possible human trafficking. The recognition, rescue, and aid of these victims became the most important tactic in addressing the problem.

Traditionally, the role of law enforcement agencies is to enforce laws. The response to street prostitution has been to arrest hookers. This approach was narrow in scope and usually did not involve the pimp. The standard procedure was for undercover officers to pose as customers, obtain a solicitation, and arrest the prostitute. They repeated the process often to incarcerate as many women as possible.

These tactics resulted in misdemeanor filings and a temporary relocation of the activity.  Prostitution soon returned. This rebound resulted from new prostitutes arriving in the area. The new hookers and pimps had no idea what law enforcement efforts previously took place. The activity gradually increased until the police reacted and conducted another undercover operation. The cycle repeated itself.

The APD dramatically changed its tactics. The goal became rescuing women from their pimps and redirecting their lives, reducing prostitution one life at a time. This paradigm shift meant considering prostitutes as potential victims and identifying pimps as suspects. This role transition became the basis of a new approach where prostitution activity was viewed as potential human sex trafficking. The department adopted new strategies to—

The APD implemented this new approach by instituting several tactics.

“Most of the women described their path into the sex trade as a boyfriend transforming into a pimp or a girlfriend becoming a prostitute.”

This project has provided an innovative method to address prostitution. Success stories of women rescued from sex trafficking provide a human measure of this effort. From the project’s inception in August 2011 through April 2012, the APD vice detail has saved 29 women from their traffickers. Almost 40 percent are under 18 years old. Of those juveniles, records indicated that 77 percent were missing persons. Traffickers transported 81 percent of the 29 out of their home counties.

Each rescue is significant. The examples provided follow the victims through prosecution of their traffickers. These represent 2 of 29 cases demonstrating how this problem-solving method accomplished more than reducing calls for service.

When the Anaheim vice detail conducted a covert prostitution operation, officers observed Jessica (not her real name) walking the street. An undercover investigator contacted her, obtained a solicitation, and arrested her for prostitution. Officers transported Jessica to the police department. After an emotional conversation, she explained that she was under the control of a violent and physically abusive panderer. Jessica showed signs of physical trauma. A medical examination revealed a fractured orbital socket, two black eyes, burn marks on both legs, and strangulation marks on her neck. Jessica indicated that her pimp inflicted these injuries when she voiced her desire to stop selling herself. She cooperated with investigators who located and arrested the pimp.

Jessica received the aid of a victim advocate who provided her with safe housing, food, and a change of clothes. The advocate remained close to Jessica through frequent contacts and services and supported her throughout her trafficker’s criminal court proceedings. Jessica testified at the trial where the jury found the pimp guilty of several charges, including attempted murder. He is serving a life sentence.

The commitment to Jessica did not end in the courtroom. The victim advocate and members of the vice detail maintain contact with her on a monthly basis. She reconnected with her family outside California and pursued a new career. Anaheim’s problem-solving approach enabled Jessica’s rescue from the human sex trafficking subculture.

In another undercover vice operation, investigators contacted, arrested, and transported Melissa (fictitious name). Following a long, emotional interview, Melissa decided to save herself. She supplied sufficient evidence for vice investigators to arrest her trafficker. Her victim advocate provided safe housing for the night and transportation home to her family in Florida.

Melissa returned to California to testify in the jury trial against her pimp. She gave compelling testimony, resulting in a conviction. Melissa testified that the victim-centered approach of the vice investigators and her victim advocate helped her escape from the world of prostitution and human trafficking. After her rescue Melissa completed a prostitution rehabilitation program and pursued a new career.

The Anaheim Police Department’s priority is recognizing, rescuing, and redirecting the lives of prostituted women. Vice investigators and victim advocates have a positive impact on these situations. This problem-solving approach to reducing street prostitution saves lives.

Between August 2011, when the project started, and April 30, 2012, the Anaheim vice detail arrested and charged 27 pimps. The courts convicted 16, and 11 await trial. Of the 29 human trafficking victims rescued.

The parent of one juvenile victim relocated to a better neighborhood and school district for her daughter. One adult victim stated that she is thankful that she no longer must have sex with strangers. These stories epitomize the Anaheim Police Department’s human trafficking project.

As of October 31, 2012, 38 pimps have been arrested and charged. Twenty were convicted and 18 are awaiting trial. The Anaheim vice detail has rescued 52 human trafficking victims; only 4 are known to have returned to prostitution.

“The goal became rescuing women from their pimps and redirecting their lives, reducing prostitution one life at a time.”