Even more alarming, kidnappers sometimes remove children from inside their homes, rousing the anxiety of families, communities, and nations. The disturbing reality is that children are not necessarily safe in their residence.1 However, the infrequency and sensationalism surrounding these crimes may have led to incorrect assumptions by the public and even law enforcement agencies about this unique type of kidnapping.2

Recently, the FBI’s Behavioral Analysis Unit–3 (BAU–3), which addresses crimes against children, analyzed 32 cases of residential child abduction, “the abduction of a child from the interior of a residence by a nonparental offender who did not have legitimate or permissible access to the residence at the time of the offense.”3 The findings offer insight to law enforcement officers who handle these cases and initially must consider all potential scenarios, including those involving an intruder. BAU–3’s analysis may help agencies narrow the focus and scope of their investigations.4

Members of the law enforcement community may assume that offenders carefully plan residential child abductions because of the high level of risk. On the contrary, BAU–3’s analysis determined that most perpetrators were unorganized during the crime. For example, many failed to prepare for the kidnapping, and most did not consider forensics while in the home. These findings indicate that such abductions may be more impulsive than planned. When overlaid with the high frequency of sexual motivation, they further suggest that offenders act to immediately satisfy their desires.

Investigators instinctively may have questions about residential child abductions. For instance, with many options available to offenders wanting to take a child, why would they choose to enter an occupied residence—often at night—to do so, considering the risk? Also, how do these kidnappings initially go undetected, thereby resulting in the perpetrator’s success?

Various factors may influence an offender’s decision making process and lead to the successful removal of a child from a residence.

Most offenders studied by BAU–3 covertly entered an unsecure residence through the front door. Seventy percent of these incidents occurred between midnight and 8:00 a.m. Nearly three-quarters of victims were asleep, and most offered little to no resistance. In most cases, other children—typically siblings—occupied the same room as the victim at the time of abduction. In half of the cases, the other children detected the perpetrator.

A dog was present in over one-third of the incidents. Surprisingly, in most cases, the animal did not alert anyone of the intruder. One offender reported walking past sleeping dogs. 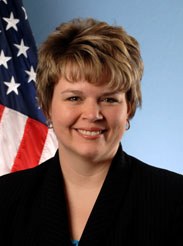 Ms. Shelton is a crime analyst in the FBI’s Behavioral Analysis Unit–3: Crimes Against Children, National Center for the Analysis of Violent Crime. 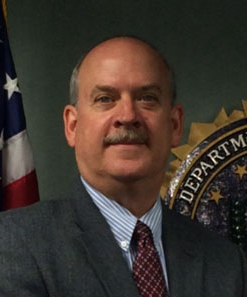 Mr. Hilts retired as a supervisory special agent in the FBI’s Behavioral Analysis Unit–3: Crimes Against Children, National Center for the Analysis of Violent Crime. 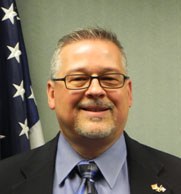 Over half of the perpetrators engaged in additional activities while inside the residence, including entering other rooms, exiting and reentering the home multiple times, or stealing property. However, the kidnappings did not appear secondary to other crimes, such as burglaries. Thefts of valuables seemed to include those in plain sight and readily accessible.

Despite the level of offender activity that occurred with the victims and during entry and exit, no immediately observable evidence of foul play typically existed. The most common findings reported by individuals who discovered the children were missing included disturbances (e.g., items moved, door left ajar, window unlocked) in the home. Beneficial forensic evidence (e.g., fingerprints, hairs, fibers, or bodily fluids) often was retrieved from other crime scene areas, such as the body disposal site, or the victim.

Upon exit, most perpetrators walked with the child, typically without resistance, to a secondary location (often to commit sexual assault), perhaps a nearby vehicle. Because many of the cases occurred during the night and early morning hours, the limited neighborhood activity meant fewer witnesses.

Collectively, these offense characteristics often made it difficult for law enforcement officers to precisely identify the window of opportunity for the crime.

On average, perpetrators were 33 years of age, slightly older than those in other child abduction studies.5 Most of the offenders were unmarried and typically lacked close relationships, which left them unaccountable to anyone for their whereabouts around the time of the kidnappings.6
Ninety-two percent had a documented criminal history often unrelated to crimes against children. Burglary was the most frequent offense (70 percent) in their records. In contrast, only three offenders were registered sex offenders.

Eighty-one percent had sexual motives for the kidnapping. Others were driven by maternal desire (regarding infant abduction) or revenge. However, motives varied based on victim age and gender.

Despite their desire to immediately meet their own sexual needs, only three perpetrators in this sample engaged in sexual activity—mostly fondling—with the victim while still inside the residence. They may have preferred waiting for sexual activity until after taking the victim from the home, especially if the offenders perceived that a secondary location allowed for more control.

Notably, some perpetrators attempted to engage adult sexual partners just prior to the child abduction, but could not make contact with or were rebuffed by the individual. In a few of these instances, the offender made contact in a similar manner as the kidnapping—approaching a sleeping person at night for sexual purposes by either unlawfully entering the home or knocking on a door or window.7

Female offenders with maternal motivations took the two youngest victims—both less than 1 year old—and intended on claiming them as their own children. Other dynamics in these cases differed from most of the study’s findings. The two incidents occurred during the daytime, and the perpetrators entered the homes overtly using a ruse that required interaction with an adult (the victims’ mother). In addition, these offenders had little to no familiarity with the childrens’ residence prior to the abduction, but instead identified the victims by conducting surveillance outside the home.

The offender motivated by revenge killed two children (1 and 10 years old), as well as their mother, in the same crime. This incident occurred during the daytime, the perpetrator entered the home overtly with force (a firearm), and the adult female was the apparent primary target.

In the cases involving maternal desire or revenge, perpetrators either severely injured or killed other individuals in the home, but left them within the residence. After incapacitating the adults, offenders then removed the child victims from the home.

Victims averaged 9 years old; 41 percent were between 6 and 11. Most were Caucasian (84 percent) and female (88 percent). Approximately 63 percent were killed by the offender, with only around 38 percent recovered alive. The most common causes of death included asphyxiation (45 percent) and blunt-force injury (30 percent).

Fifty-nine percent of the victims knew the offender before the crime. Additionally, of those who had previous contact with the perpetrator, 63 percent had such a connection within 1 week of the abduction, which indicates a narrow timeframe within which investigators potentially can identify suspects.

Further, over half of the offenders knew the residence. Some had been inside the home or previously stayed or lived there. This allowed many of the perpetrators to understand the general layout, as well as the occupants and their activities.

For many victims, there was a history of others living or staying for short periods of time at the residence. Often, the homes were left unsecure. The transient environments created their own investigative challenges, including identifying and interviewing individuals with access and learning the routines and behaviors of persons in the household.

Most offenders, whether previously known or unknown to the victim’s family, had been in the general area of the home, often for legitimate purposes, prior to the abduction. Due to the frequency of familiarity with the victim, family, and residence, in over half of the cases, the offender’s name came from interviews with the victim or relatives at the home.

Police officers identified 59 percent of the suspects within 1 week of the crime. This finding mirrors the results of a previous study in which police knew the offender’s name within the first week of the investigation in over half of missing children homicide cases.8 Such study results reinforce the idea that a comprehensive investigation into the child and the family, known as victimology, should be conducted as soon as possible.

“Various factors may influence an offender’s decision making process and lead to the successful removal of a child from a residence.”

The prevalence of burglary arrests among offenders could help guide law enforcement officers in identifying and prioritizing suspects. This finding may prove beneficial when combined with information about individuals who have been to the residence before or are familiar with the area surrounding the home. In contrast, the low number of registered sex offenders highlights that criminal arrest records should be used to prioritize, rather than exclude, persons of interest.

Due to the finding that many offenders were familiar with the child or the family, thorough interviews of immediate and extended family members and other individuals who lived in or frequented the residence—and had recent contact—should begin as soon as possible.

Surprisingly, BAU-3 found that other children in the same room as the victim often detected or witnessed the offender during the abduction but delayed notifying adults in the residence out of fear or uncertainty of what happened. Siblings or other children could provide significant information pertaining to the offender or crime. Therefore, law enforcement officers should employ a trained child forensic interviewer to interview these children immediately.

In addition, perpetrators’ familiarity with the victim’s neighborhood emphasizes the importance of a thorough community investigation that focuses on identifying everyone in the area during the window of opportunity and at least 1 week prior. Individuals who live or work in the immediate area should be interviewed regarding any persons or vehicles they may have seen during the days and weeks leading up to the abduction. Visitors at other residences, customers of commercial establishments, delivery personnel, construction workers, and all other individuals identified as being in the neighborhood during this timeframe should be identified and interviewed.

Given that many of the offenders in this sample would not necessarily have been described as out of place or unfamiliar to other individuals in the area, investigators should use caution in posing questions, such as “Have you seen someone recently who didn’t belong here?” Rather, they should focus on identifying everyone who was in the area during the timeframe of the crime and at least 1 week before.

Finally, due to the common finding that many offenders participated in a variety of activities both inside and outside the home during the abduction, a thoroughly trained and well–equipped crime scene unit ought to process the entire residence, to include all points of entrance and egress, for potential forensic evidence.

“Inevitably, challenges arise as multiple investigative avenues are pursued that require the dedication of significant resources.”

Ms. Shelton can be contacted at jeshelton@fbi.gov.