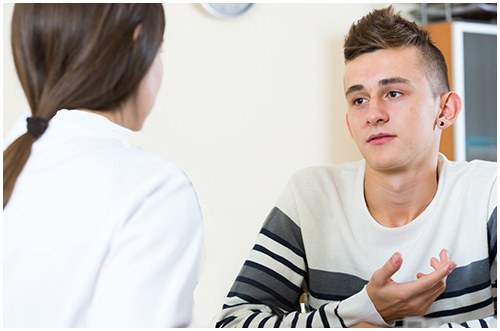 In many states “restorative-justice” practices significantly have reduced recidivism and improved restitution rates.1 California authorities have taken steps to enact such a philosophy and elevate the role of crime victims and community members who participate actively in the justice process. Through this effort, the state wants to end a cycle of persistent criminal behavior and mitigate injustice caused by offenders.2 Further, by focusing specifically on juveniles, California authorities hope to reduce adult criminality.

Although some people may view restorative justice as “soft on crime,” this approach can improve the dynamics of how society deals with youthful offenders. As juvenile recidivism decreases, the adult prison population may diminish. Once detractors fully understand what restorative justice is—and is not—it can become more commonplace in California and other locations.

The number of Americans expressing “a great deal” or “quite a lot” of faith in the criminal justice system has ranged between 15 and 30 percent over the past 20 years.3 This data highlights the shortcomings of traditional “retributive justice,” which has led to not only victims’ dissatisfaction with outcomes but a serious problem with jail overcrowding.

Traditionally, prior to an offender’s sentencing, victims have addressed the court by letter or in person. This method proves inconsistent—some crime victims complain that they did not receive emotional satisfaction.4 While the innocent person may provide a statement as the offender sits nearby, the guilty individual does not have to respond or even pay attention. Often, victims leave feeling frustrated—an opportunity lost. Research has focused on their right to be reasonably heard and how restorative justice allows effective communication to occur with the appropriate punishment imposed.5 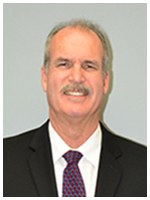 In California, due to fewer available prison and jail cells, repeat offenders do not fear incarceration; many receive a sentence equivalent to a lifetime of probation. In 2014, authorities released 13,500 inmates monthly to relieve jail crowding, a 34 percent increase over the previous 3 years.6 Alarmingly, a 2013 report stated that inmates released in fiscal year 2008 had a 61 percent, 3-year recidivism rate.7 The state’s criminal justice system sits at a crossroad. It can engage in cycles of arrests, jail releases, and warrants issued, or it can consider viable alternatives.

Due to limited information on how restorative justice works, many members of the public may misunderstand the concept and have preconceived notions. Used in 37 states, this approach ensures public safety; holds individuals accountable for their crimes; and facilitates development of coping skills, drug rehabilitation, or education for offenders.8 Restorative justice entails more than a symbolic interaction between parties. It has proven more successful in reducing recidivism and collecting restitution than the traditional retributive-justice process, which can fail to heal either the victim or offender, often resulting in worse criminal behavior.9

While some organizations do not object to restorative justice, they also may not dedicate efforts to fostering knowledge of its benefits. Authorities could educate law enforcement professionals best at conferences, such as those held by the International Association of Chiefs of Police (IACP), Major Cities Chiefs Association (MCCA), and Police Executive Research Forum (PERF).10

An American criminologist, considered a pioneer of the modern concept of restorative justice, described how the First Nations people in Canada, Native Americans, and Maori of New Zealand first developed the idea.11 The approach proves more positive and productive. It includes healing communities and reintegrating criminals into society. The tribal emphasis on bringing victims, offenders, and the community together to resolve problems parallels the philosophy and practice of the modern restorative-justice movement.

This model keeps punishment in proportion to the criminal act by focusing on three basic principles: 1) offenders who commit a wrongful act deserve appropriate consequences; 2) citizens have a moral right to give criminals only the sentence they deserve; and 3) society must avoid punishing an innocent person.12 Restorative justice still can involve traditional disciplinary measures, such as fines, incarceration, probation, or a combination of all three.

For example, officers arrest a teenager for vehicle vandalism. The offender meets with the victim and recognizes how the thoughtless act hurt someone. Rather than incarceration, the juvenile receives a chance to make restitution by reimbursing the victim for damages and performing community service with an organization chosen by the innocent person. As a result, the victim feels satisfied that justice has occurred, and the youthful offender has made amends. Further, the likelihood of recidivism is lower than through traditional approaches.13

Offenders follow a predictable path of delinquency caused by inferior parenting, rebellious peers, or gang membership. Correctional institutions can magnify the problem, rather than help reduce high recidivism rates.14 By expending available resources on restorative-justice programs focused on juvenile offenders, authorities can help avoid adult criminality and incarceration among those who choose to participate.

Unlawful behavior often follows a classic bell curve, starting in late childhood, around ages 10 to 12; peaking in the teenage years, ages 15 to 19; and declining by the mid-20s. Restorative justice can reduce the curve’s right-hand tail comprised of older criminals by preventing juvenile delinquents from becoming adult offenders.15

Juvenile criminals must meet certain eligibility criteria to participate in California’s restorative-justice process. For example, all misdemeanor cases should qualify, except those involving such serious offenses as gang charges, possession or use of a firearm, or contempt of court. The district attorney or agency filing the petition has the discretion for referral, subject to approval by the victim and court.

Young offenders can accept responsibility for their crimes at the arraignment or settlement conference hearing and must agree to cooperate in the process. Only juveniles who admit fault at the earliest stage of the proceeding are accepted. Criminals sign the necessary waivers of disposition prior to participation in the program and then are referred to a restorative-justice intake office designated by the local jurisdiction. That office conducts the mediation and provides follow-up reports to the probation department. Lawbreakers referred to mediation services always must serve probation.

Prior to signing the documents, intake authorities meet with offenders and their families. Personnel describe the voluntary nature of the mediation process, explain the juvenile and parents’ mandatory roles, listen to the individual’s account of the offense, invite constructive participation, identify relatives or other caring adults who can accompany the youth, and outline timelines and procedures.

Intake mediators also meet individually with victims to advise them of the optional program, commitment of offenders and their family members, and role of the innocent person’s support person. Further, mediators listen to the victim’s recollection of the crime and its impact, ask for helpful involvement, and lay out next steps and timeframes.

In many cases the victim approves of the mediation, but cannot take time off from work or may not want to provide a representative. A community member, such as an arresting officer, service-organization member, or school employee, can appear on the innocent party’s behalf. Victims have the right to receive fair, respectful treatment free from intimidation, harassment, and abuse throughout the juvenile-justice process.16

The mediator then facilitates, perhaps after a private meeting with the victim, a face-to-face conference between both participants. Conducted in a formal atmosphere, the mediation gives the innocent person and offender the opportunity to provide their accounts. Juveniles must describe how their actions impacted the victim and both party’s families, demonstrate complete understanding of the other individual’s point of view, and express remorse. Both victim and offender, with input from the mediator, choose a course of action—often, financial restitution—and sign a written contract.17

The agreement offers as much restitution as possible for the victim while creating a constructive, rehabilitative future for the offender. The course of action becomes limited only by the creativity of both parties and the approval of the defense lawyer, district attorney, and court. The probation department monitors the juvenile’s obedience to the agreement and may file a violation in the case of noncompliance.18

Although their processes differ between jurisdictions, states that have enacted restorative-justice laws have seen significant success.19 A growing amount of state and federal legislation has been enacted.

In Texas, such practices significantly have reduced recidivism and improved restitution rates.20 A senator and prominent advocate of prison reform said his state is learning “to distinguish between who you’re afraid of and who you’re mad at.”21

Pennsylvania uses the restorative-justice model as part of a comprehensive juvenile-justice mediation program described as mission driven, performance based, and outcome focused.22 The foundation consists of protecting the community; ensuring juveniles recognize and accept responsibility to repair damages; and accepting that young offenders can change, achieve redemption, and become responsible members of society.23

Colorado recently approved presentencing alternatives for youth with a focus on the juvenile system in Longmont. As of January 2014, Longmont had an 8 percent recidivism rate while employing the restorative-justice concept compared with up to 70 percent during use of the traditional punitive process.27

Other countries also have seen success. For example, New Zealand has a well-developed restorative-justice program. A 2011 national victim-satisfaction survey revealed that 70 percent of respondents expressed approval of their overall experience, 74 percent stated that they felt better after participating in the process, and 80 percent said they would recommend it to others.28

Restorative justice has caused a paradigm shift for California’s criminal justice system. One superior court judge who used the process extensively as a juvenile court judge noted that California statutes largely do not address restorative justice.29 Having a consistent, mandated procedure to integrate restorative-justice programs into all juvenile courts statewide would remain consistent with those courts’ collaborative nature.

In 2014 California authorities arrested 86,823 juveniles, mostly repeat criminals.30 If half of the offenders participated in restorative-justice mediation, the total budget (at $500 per case) would have been $21.7 million—a relatively small amount compared with the roughly $7.9 billion (based on 2010 figures) needed to administer the state’s prison system.31

By coupling a bond with any proposed restorative-justice initiative, a future proposition stands an excellent chance of passage, especially considering the prevailing mood of California voters who want viable alternatives to incarceration. Californians could enjoy the same success in reducing the overall recidivism rate that other states already have seen. That would constitute a critical first step to moving from being “tough on crime” to restoring youthful offenders to their communities, thus creating a better future for everyone.

States can enact mandatory restorative-justice statutes through the legislative process, with a state senator or assembly member authoring the bill. A better solution would entail the initiative process, entirely removing the political structure from the picture.32 A number of criminal justice reform organizations conceivably could support such a proposition. No matter the approach, public or private support can become integrated into any restorative-justice program.

Restorative-justice practices significantly have reduced recidivism and improved restitution rates in many states. Although some misunderstanding exists among people who may see it as a soft approach, the process can improve how society addresses youthful offenders and treats victims. Statistics have supported the effectiveness of the restorative-justice model. Hopefully, this approach will continue to expand and see success nationwide and throughout the world.

For additional information Lieutenant Newton can be contacted at David.Newton@fresno.gov.