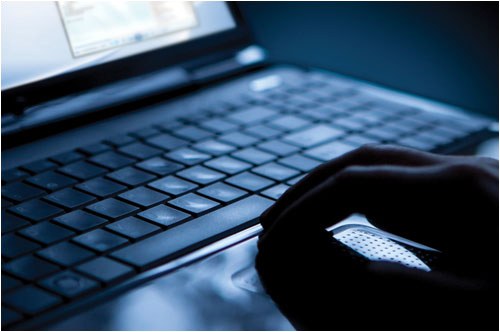 Law enforcement always has been a dangerous profession because officers risk their lives to form a barrier between criminals and society. In the past, police could to some extent protect themselves and their loved ones from threats. Today these risks have changed. The power of the Internet—social media in particular—has brought danger home to officers and their families. They cannot shield themselves as easily from the repercussions of their jobs defending the community.

The Internet has been available for widespread public use since the early 1990s.1 In its two decades of existence, the Web has become an integral part of everyday life. It is difficult to recall how society functioned without it. Compared with the lifespan of the Internet, social media, which began to evolve in 2003, remains in its infancy. Users add their own content to any social media site that allows it.2 Webpages, such as Facebook and Wikipedia, are not static; individuals continually modify them by adding commentary, photos, and videos. The web no longer is a fixed object for passive observation. It has become a dynamic venue for proactive—often passionate—interaction. The growth, power, and influence of social media have proven phenomenal as evidenced by the decline of traditional newspapers and the outcome of the 2008 presidential election.3

﻿Law enforcement agencies recognize the influence of social media. Many departments are drafting and adopting policies addressing the use of networking engines.4 In many cases, however, these plans miss a crucial part of the issue. While departments are concerned with minimizing the negative impact that speech not protected by the First Amendment may have on the department’s interests, they sometimes may neglect their responsibility to protect their employees.

Information obtained from public records (e.g., birth, death, and real estate) has been available online for years. By increasing exposure of personal information, social media has raised the threat level. This new entity has a unique nature that makes it powerful and unpredictable. Several characteristics combine to make it especially threatening to law enforcement.

The structure of social media encourages self-promotion.5 It offers easy access to an unlimited pool of potential “friends.”6 Individuals who crave validation can achieve a feeling of connection not available in their offline lives. People who have a desire for attention, notoriety, or fame are attracted to it. To get noticed, they often post entertaining or provocative information.

Constraints do not exist for social media. Anyone can post anything online with little fear of repercussion. The anonymous online environment can encourage inflammatory and shocking behavior. Individuals sometimes create screen names or new identities that allow them to act outside their normal inhibitions and sometimes participate in caustic and less ethical activities they otherwise would avoid. Anonymity hampers efforts to control these actions.7

Pooling of like minds often occurs online. This bolsters confidence and gives the impression of support for socially unacceptable conduct. Copycat behavior can make the first well-publicized transgression the impetus for many more. Social media can engender a mob mentality wherein one small stimulus spurs a wide-scale reaction that feeds on itself and grows out of control.8 Incidents develop faster, reach farther, and spread more rapidly than anything society has dealt with before.

In the past, simple things, such as post office boxes and license plate confidentiality, provided protections. These are ineffective today. Instant access to private information makes it easier for an individual to learn personal facts about an officer. This also eliminates any “cooling off” period during which individuals might reconsider their retaliatory actions. Outraged offenders easily could get to officers’ doorsteps before their patrol shifts end, leaving them unable to defend their homes or families. The combination of these factors—narcissism, anonymity, lack of restraint, copycat behavior, crowd mentality, and lack of a cooling off period—makes social media a uniquely significant force that constantly seeks a point of focus.

Characteristics intrinsic to law enforcement make it a natural focal point for this trend. In this public profession, officers’ duties occur in a societal arena allotting them no privacy. Social media significantly has increased officers’ community exposure. Police often are surrounded by cameras and amateur reporters who broadcast every action and their opinion of it to a worldwide audience. Due to its public nature, policing is an easy topic for network discussion.

To the community, law enforcement can be fascinating and contentious. It involves drama, intrigue, and excitement that society finds captivating. The number of crime dramas on television and in theaters validates this. Additionally, the police officer’s role often is ambiguous to the public. Wrongdoers do not appreciate officers and may resent them. Police can represent controversial figures to some people.

Conflict with criminals is inherent to law enforcement. On a regular basis, police officers face lawless individuals. With increased exposure of personal information through social media, preventing these antagonists from crossing the line that separates officers’ professional and personal lives is difficult. Prevention relies on self-restraint or respect for the law, neither of which are strengths of criminals.

The nature of social media and law enforcement makes their relationship particularly volatile. Few significant issues have been noted; however, the potential exists for police to be impacted by attacks on their credibility or through “cop baiting.”9

Personal credibility is essential for law enforcement. Through social media, people easily can attack a police officer’s character. If an officer’s integrity is compromised, courtroom testimony and investigations are at risk. Law enforcement officers can find their honor under serious attack online at any time. Even erroneous information can reach a significant audience, to include potential jurors and internal affairs investigators, possibly causing irreparable damage to officers’ reputations.

Cases have occurred where comments posted online by officers have led to disciplinary actions. These behaviors have been the key focus of social media policies currently in place. Postings by the public—over which departments have no control—can be more damaging. Regardless of their level of truth, negative comments create lasting impressions.

Empowered by social media, cop baiting presents a crisis for law enforcement. Questionable videos of police officers are popular on sites, such as YouTube, and can be financially rewarding to malefactors who file claims or lawsuits. For some individuals, a citation or jail time is worthwhile if a cash payoff results. Cop baiting could become so common that officers may not know whether they are facing a situation that is legitimate, staged, or exaggerated for someone else’s benefit. This puts officers’ personal and professional well-being at stake.

Considerable problems can occur, with the greatest danger being the personal threat to officers and their families. Because of social media, law enforcement officers are public figures more so than ever before. Barriers between their professional and personal lives have been diminished. Police may have no expectations that their homes and families will be protected from the dangers they face on the job.

Motivated individuals could destroy a law enforcement officer’s sense of security without breaking any laws. With cell phone Internet access and a police officer’s name, an antagonistic traffic violator could have a satellite image of the officer’s home displayed on the phone by the time the officer returns to issue the citation. While this is not a violation of law, it certainly would send an intimidating message to the officer. A note could be left on the front door, or a photo of a child could be posted on a social networking site with a seemingly innocuous comment, such as, “Isn’t officer so-and-so’s daughter cute?”

To protect their people, agencies can implement internal management mechanisms to lessen this potential threat. To provide the most effective protection, departments should designate a social media manager to handle specific core functions.

Ongoing training on current issues, the hazards of social media, and self-protection is essential. Due to the web’s rapidly changing environment, one-time training is not sufficient. Individuals alone cannot keep up with social networking’s constant evolution. A dedicated manager must ensure personnel are updated through e-mails, memoranda, briefings, and trainings.

The social media manager must facilitate the elimination of employees’ personal data from social networking sites and guarantee consistency for all personnel. Most of these websites will remove information if petitioned to do so. Each has its own procedures for making that request. These sites must be monitored to ensure the files do not reappear.

Internet and social media alerts provide e-mail notification any time a specified word is mentioned or searched online. Many search engines offer these services free of charge. Personnel alerts could be directed to private e-mail accounts to avoid conflict with employee unions over privacy of off-duty activities. The social media manager would monitor agency alerts.

Many businesses have realized that paying attention to social media conversations can provide a wealth of information on consumer trends and product strengths and weaknesses. Law enforcement agencies could benefit from listening for commentary about the department and its programs and personnel. This would allow them to capitalize on their strengths and to identify and mitigate negative images or potential dangers. Providing the most effective protection against an impending attack requires identifying the risk early and strategizing a defense. Consistent monitoring of networking sites would provide an early warning system against any threats being developed or discussed online.

Monitoring trends and incidents that might precipitate copycat behavior is crucial. Attention must be paid to these activities because one quickly could precipitate others. Social media issues develop rapidly and spread extensively. The best defense against a threat is to recognize it early and identify ways to bolster the agency’s defenses against it.

Agencies serve their best interests by protecting officers from dangers easily propagated through social media. Departments are impacted by claims or lawsuits, compromised officer credibility, damaged department image, and relocation expenses associated with plausible personal threats. Social networks present risks that law enforcement agencies must acknowledge. Hoping that large-scale impacts will not occur does not lessen the costs when they do; proactively addressing the possibility will.

Departments should initiate programs to foster awareness, education, and diligent management of employees’ online exposure. These actions may not protect officers and agencies from the hazards social media presents, but they will minimize exposure and provide the greatest level of defense currently available.

It can be more cost effective to develop solutions after problems occur, rather than taking preventive actions that might not prove necessary. The concern with this approach is that the relationship between the police and social media is volatile. Social networks generate momentum, and law enforcement agencies provide a stimulus for that energy. Departments must take responsibility for protection from this threat before they become blindsided by a sudden viral attack on their officers.

4 Information and assistance on policy development can be found on the International Association of Chiefs of Police (IACP) Center for Social Media website at http://www.IACPsocialmedia.org/
gettingstarted/policydevelopment (accessed September 10, 2012).

6 “Friends” on social networking sites include contacts whose profiles persons link to in their own profiles. On some sites, people have to accept the link; in others, they do not.

9 Cop baiting is when individuals intentionally create confrontational situations with officers to exploit them for personal or political motives.