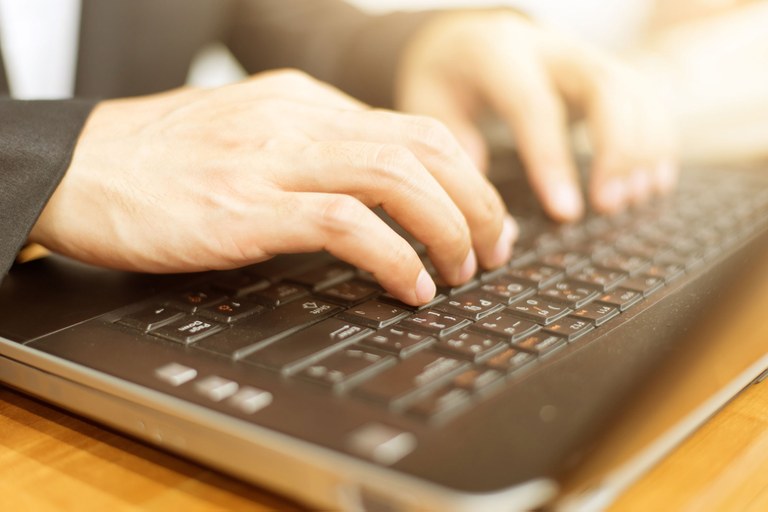 Additionally, in today’s technology-driven world, police officials often communicate with their personnel and citizens in newer ways. Many write blogs, one useful form of communication.

Setting up a blog sometimes intimidates persons without technical knowledge; however, an agency’s computer-support personnel can help accomplish it skillfully and quickly. Aspiring bloggers also could take advantage of the plethora of Internet tutorials.

Many leaders use blogs to share important messages with their organizations and, as permitted, other subscribers. These communications become dialogue if people ask questions or comment.

A blog serves as a professional journal of thoughts and views shared with others. This social network enables commentary on specific topics and leaves the writer’s footprint for others to consider.

However, effective communicators use more than just blogs; these cannot replace active leadership. Police leaders must venture out of their offices to see, hear, and—more important—listen to colleagues who do the important work on the front lines. They should spend time in patrol briefings, visit with school resource officers, or drop by and ask detectives about their cases. And, such visits help to collect stories.

Communication is a multifaceted art form with blogging as just one part. Seemingly, the more time leaders spend pounding the keys, the less time they walk the hallways. It comes down to a balancing act.1

Anecdotes teach people. They provide an excellent way to understand others, and they assist in shaping culture within agencies. Stories help individuals discover the implicit meaning of the words and enable persons to learn, discover, and own what they need to do for themselves.

Many veteran officers remember hearing and sharing “war stories” throughout their careers. They heard them about their predecessors, and young officers still get these accounts because they have become part of the culture. Today’s leaders recollect their past and the power of those stories.

Officers easily recall tales from 30 years ago, but how many remember crime statistics? Valuable stories are timeless. Today’s law enforcement leaders and chief storytellers use them to better explain procedural justice, civility, customer service, and policy expectations. They influence others by helping them make the connection between word and deed. Focusing on officers' performance and their exceptional actions helps individuals visualize the meaning of the words written in policies.

Leaders must learn how to tell effective blog stories where their personnel can make connections. Numerous books provide insight into what constitutes a valuable storyteller. Officers also can gain helpful guidance through Internet searches.

Tremendous power exists in stories, and it appears critical for leaders to become their agency’s chief storyteller. For more effective communication, officers should incorporate anecdotes into their messages and reinforce the behaviors their organizations train on and value. Storytelling offers a powerful means to educate, motivate, engage, influence, and connect with subordinates.3

One retired police chief continually emphasizes the power of stories. When he taught law enforcement leaders around the country, these accounts seemed the most effective way to get points across. Individuals who attended classes wanted to hear anecdotes.

In effect, the storytelling that goes on within a police academy or department usually seems to be what individuals value. That shows why stories are so essential. Through anecdotes, officers begin to understand the nature of policing, how they are supposed to act, and what appears important.4

Example of Storytelling Through Blogging

Several of our officers responded to a food court regarding a “man with a gun” call. Dispatch advised officers that according to reports, a male had a pistol tucked in his waistband. No one had received threats, nor did the man do anything with the “gun.” (By the way, a mall is a private enterprise held open to public use. Managers have the legal authority to ban firearms on the property, so this is not an open- or concealed-carry permit story).

Officers also received a description of a male subject, and this individual appeared to accompany a female subject (description provided). The complainant reported that just prior to calling, the man made people feel “uncomfortable” in the store and that he had been “posturing.” Apparently, another store employee had seen what appeared to be a gun. Subsequently, when pressed to further explain what made people feel uncomfortable, one of the individuals noted that they believed the male was a “pimp” because he had a conversation about having “whores.”

Officers contacted the male and female subjects. Because we explained the context for our call, they more than cooperated. The “gun” turned out to be a black cell phone case attached to the male’s belt, which his shirt covered. When we pursued how in the world a supposition had been made about him being a “pimp,” it apparently resulted from an overheard conversation at the makeup counter. Witnesses overheard the man say to the woman words to the effect of wanting her to have a shade of lipstick different from the “other girls.”

Wow! Faulty communication, lots of assumptions, and stereotypical inferences combined for a “perfect storm” in one call. Fortunately, no one was hurt or injured, and the couple responded graciously when we explained why police were called and why we did a cursory pat-down for weapons. Officers provided an apology and an explanation, of course. But, the public humiliation suffered and the diminishment of self-esteem are incalculable.

This blog, condensed and edited, used by permission of Chief Mike Koval of the Madison, Wisconsin, Police Department

Storytelling always has been central to the human experience. It continues to be how we explain and make sense of the world. Now more than ever, law enforcement leaders use blogs and stories to help people understand policing values, strategies, and operations.

Mr. Masterson may be contacted at ou76mike@gmail.com.