Suicide by Cop: Broadening Our Understanding

Suicide by Cop: Broadening Our Understanding 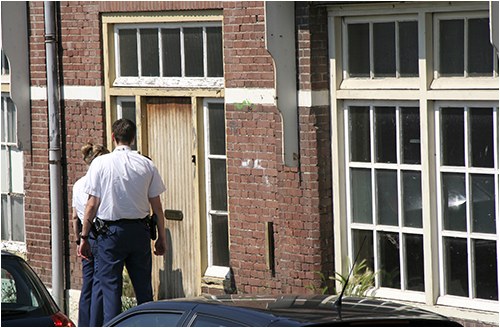 Suicide by cop (SBC) is a situation where individuals deliberately place themselves or others at grave risk in a manner that compels the use of deadly force by police officers. There are many known SBC-specific risk factors, warning signs, and triggers.1 Individuals who feel trapped, ashamed, hopeless, desperate, revengeful, or enraged and those who are seeking notoriety, assuring lethality, saving face, sending a message, or evading moral responsibility often attempt SBC.2 In the field of suicide prevention, SBC has received little attention.

The Interpersonal Psychological Theory of Suicide (IPPT) indicates that a potentially fatal suicide attempt requires a strong desire to die and the capability for lethal self-harm.3 An attempt occurs only when both are present in an individual. The intense desire to die often comes from the belief that one is a burden to others or does not belong. A sense of burden can result when people feel they are a liability and have not fulfilled expectations. This leads to thinking that life has no value. Strong unmet needs for social relationships and the perception that no one cares produce feelings of failed belongingness.

For a suicide to occur, more than a desire to die is necessary; an individual also must be capable of ending life. The person must overcome fear, pain, and the instinct for self-preservation. This can result from abuse, trauma, or a history of violence and may be a byproduct of past attempts or mentally practicing a suicide plan.

IPPT helps explain SBC by indicating that a suicide attempt—

Per this theory, people do not end their lives spontaneously. They do so only after being conditioned over time by experiences that instill the capability to bring about fatal self-harm if they also have a strong desire to die.4 This theory disputes the idea that SBCs happen because perpetrators could not kill themselves. Per IPPT those who die by SBC must be able to end their own lives. Lack of courage or capacity is not an explanation for SBC according to IPPT. 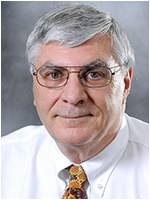 The Integrated Motivational-Volitional (IMVT) model explains a suicide attempt as the outcome of a process with three distinct phases—premotivational, motivational, and volitional.5 An individual may progress from low suicide risk to high risk through the interplay of fixed background factors (e.g., gender or mental illness), triggers (e.g., a recent loss), ideation, intent, formation of a plan, and completion of the plan to commit suicide.

At the premotivational phase, an individual has serious risk factors for suicide but is not suicidal. These include financial problems, legal issues, divorce or other interpersonal conflicts, substance abuse, and mental illness. Strong self-criticism, negative self-appraisal, and a sense of failure in meeting one’s expectations often emerge at this stage.6 All are preconditions for the possible onset of suicidality.

The motivational phase begins with suicidal ideation and ends with a specific plan. Intent to die appears in this phase, and the person communicates this by voice, text, or some other method. The individual is suicidal, at high risk, and possibly moving toward a suicide attempt, but has not set a plan in motion.

In the final stage, the volitional phase, the individual’s suicide plan is underway and death may be imminent. There is a resolute commitment to terminating one’s life per a specific plan. The person has established means and the capability for lethal self-harm is operational. The individual is at or nearing the point of no return.

IMVT contributes to the understanding of SBC. The motivational phase is where most police contacts with suicidal persons likely take place. Police may hear of ideation, threats, and the status of a plan. At this phase, an at-risk individual is still holding the live-or-die option open. Police may hear a cry for help, and there may be time to talk, present alternatives, and affect a successful intervention.

The volitional phase is where most SBCs occur. Police face an individual committed to dying, and rescue is preempted by a plan that severely limits options. The window for intervention either is closed or shutting fast. SBCs usually take shape at the motivational phase before a police encounter and are well underway in the volitional phase when the police make contact.

Many SBCs start as routine mental health calls that escalate when police arrive.7 The IMVT shows why SBCs seem spontaneous and fast moving. An SBC attempt is close to consummation as officers are exiting their vehicles. Police are not enlisted opportunistically as means at the scene; they arrive in the midst of a planned scenario.

Clues that the individual is at the volitional phase correspond with SBC signs—refusing to talk, making no demands, presenting no terms, asking to be killed, advancing on police, and reaching for or raising a weapon.8 Tactics, such as showing compassion, offering help, and giving reasons for living, may be used, but likely will have little effect.

A suicide rehearsal is the behavioral enactment of a suicide method, usually as part of a suicide plan.9 It is not an actual attempt because there is no intent to die. Individuals position themselves with the means they intend to use, often at the site where they will implement the plan. Not all suicidal individuals rehearse their plans—holding pills, visiting a bridge, or standing by a highway—while some may do so more than once. Rehearsing lowers resistance to an attempt and raises capacity to complete the act.

It is possible that police officers encountered behavior of this nature without recognizing it. Individuals often conduct such activity covertly, and officers discover it by accident. This sometimes occurs when police find someone loitering near a landmark that was the scene of past attempts or suicides. When approached, these individuals appear cooperative but guarded about their behavior. Sometimes individuals determine that police presence may thwart their plan, and this may lead to an SBC.

Often people will rehearse SBCs, especially those that occur in the victim’s home. This may include a call to police. Upon arrival officers find there is no need for their services, or they are told that the situation was resolved or the call was made in error. The purpose of the contact may be to determine what happens when the police arrive.

Suicide rehearsals are practice for the attempts that will follow within a few hours or days. SBCs may be tested. Officers should use caution when recontacted by an individual who previously presented signs of mental illness, had no need for assistance, was standoffish when asked what was needed, or was anxious to assure the officers that everything was fine. The initial contact may have been practice for an SBC.

An aborted suicide attempt is “an event in which an individual is one step away from attempting suicide but does not complete the act and, thus, incurs no physical injury.”10 Despite a plan, lethal means, and intent to die, the individual has a change of heart. An aborted attempt indicates extremely high suicide risk.

These attempts increase the capability for lethal self-harm because the threshold toward completed suicide has been crossed. Aborted efforts are serious and most often are associated with methods such as jumping from heights, overdosing, and cutting. These means may not be fatal but could be painful, which may be the reason the individual aborted the attempt. The intense desire to die may endure, and the person may switch to a plan without these drawbacks. SBC is a viable alternative because it is quick and certain.

Police must be wary of unsuccessful attempts, changes of heart, and successful interventions because suicide may involve testing, learning, and replanning. Officers should be cautious of a possible SBC incident with an individual who has a history of suicidal behavior.

Any case involving a deliberate effort to cause a person’s own death to be carried out by another individual is suicide by proxy.11 This subset covers suicides by trains, trucks, and public transit vehicles. Research on suicide attempts in subways revealed commonalities with SBC.12

Suicide by cop situations are more intense than other suicide calls. All parties are armed, or the victim appears to be armed. The individual is active, rather than passive, and aggressive toward police or others. Despite its unique features, SBC fits the template of suicidal behavior as a planned outcome to an unfolding psychological process. Prevention and intervention are possible at the same points as in suicide by other means. Theoretically, suicides are preventable; however, realistically they may not be avoidable because of the nature of the plan or the point where first responders encounter the suicidal individual. SBC often is unpreventable. This must be considered in the aftermath regarding the officers who were coerced to be the unwilling means.