Taser’s Evolution Through the Courts

Taser’s Evolution Through the Courts 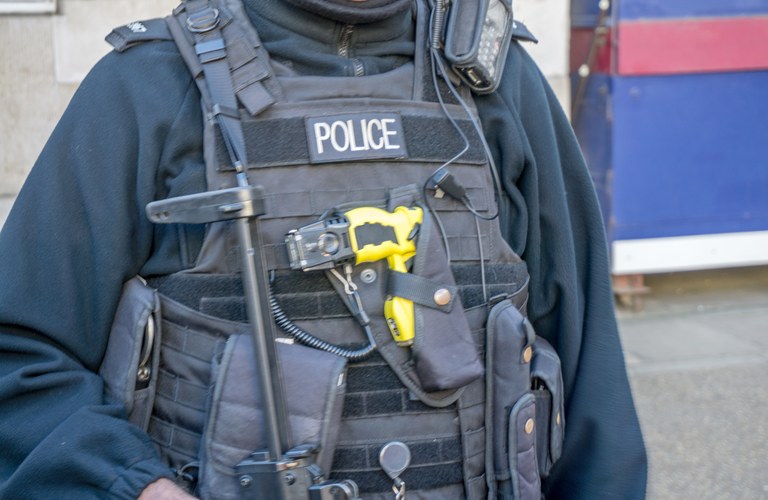 This article provides a brief historical overview of Taser application in law enforcement. Through discussions of court cases that have defined the device’s history and shaped its use, the author aims to expand on lessons taught in introductory classes or in-service training. By sampling nearly two decades of court decisions, the evolution of Taser use is outlined and analyzed. This examination then provides a more complete understanding of the device and its placement on the use-of-force continuum.

In Draper v. Reynolds, the U.S. Court of Appeals for the 11th Circuit addressed the use of Tasers in the context of a 42 U.S.C. § 1983 civil action case.1 Stacy Allen Draper sued Deputy Clinton D. Reynolds, alleging his arrest following a traffic stop was unconstitutional and involved an excessive amount of force.

This case was presented before the U.S. District Court for the Northern District of Georgia, which granted Deputy Reynolds summary judgment based on qualified immunity, a legal doctrine that shields government officials from conduct that does not violate clearly established statutory or constitutional rights.2 On appeal, the U.S. Court of Appeals for the 11th Circuit affirmed the district court’s judgment and indicated the deployment of the Taser was reasonable given the “difficult, tense, and uncertain situation.”3 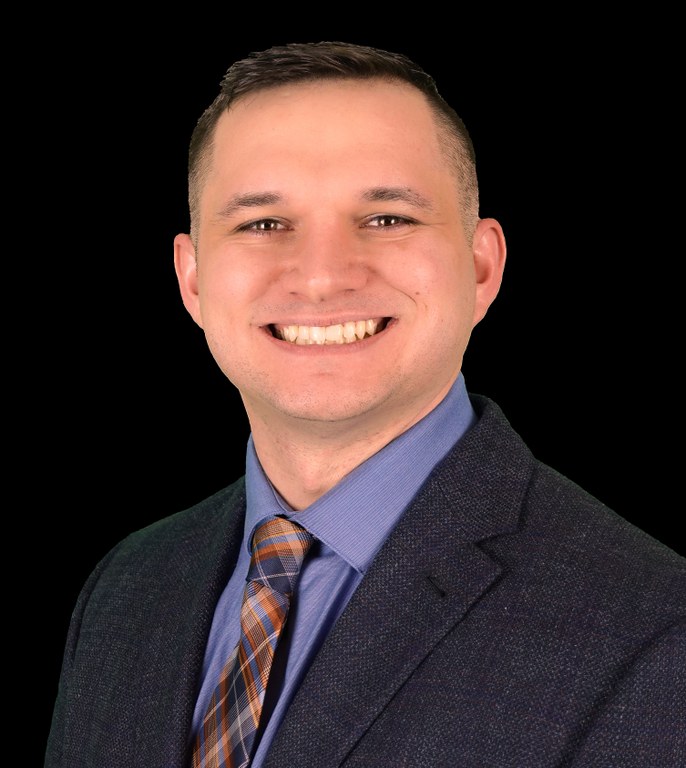 Officer Chraca serves with the Rolling Meadows, Illinois, Police Department and is a doctoral student at the University of the Cumberlands in Williamsburg, Kentucky.

Four years later, the U.S. Court of Appeals for the 11th Circuit came to the same conclusion in Buckley v. Haddock.4 In this case, Jesse Buckley sustained three consecutive Taser drive-stuns to his torso after he was placed in handcuffs and refused to comply with Deputy Jonathan Rackard’s commands to stand and move.

This trend continued as numerous cases deemed it reasonable to use a Taser as a tool to gain compliance against any resistance.

For example, in 2006, Wisconsin Dells, Wisconsin, police officers attempted to arrest an intoxicated subject. During the arrest, officers gained control of one arm of the subject, but the individual would not comply with commands to provide the second arm. Officers subsequently used a Taser to gain compliance and placed the subject in handcuffs.5

After the subject was put into the back of a squad car, a Taser was used twice more following the individual’s continual attempts to reposition his handcuffed hands to the front of his body and his refusal to comply with commands. The third use of the Taser came after the subject’s hands and feet were restrained.

In Willkomm v. Mayer, these three Taser deployments were ruled objectively reasonable by the U.S. District Court for the Western District of Wisconsin because they were done “to gain compliance with the officers’ order and to secure plaintiff for transportation to the hospital.”6

A case similar to Willkomm v. Mayer was DeVoe v. Rebant.7 Terrance DeVoe (an off-duty Detroit, Michigan, police officer) was handcuffed but refused to be placed into a police squad car after repeated commands to do so. Officers used the Taser in drive-stun mode on DeVoe’s lower right back. Following the use of the Taser, DeVoe voluntarily complied with the officers’ commands and sat in the back of the squad car. While citing the ruling in Draper v. Reynolds, the U.S. District Court for the Eastern District of Michigan deemed the officers’ actions with DeVoe were reasonable and did not constitute excessive force.8

Consistent with these rulings, the U.S. District Court for the Western District of Missouri decided in Norman v. Epperly that the use of a Taser was reasonable to gain compliance with an already-restrained subject.9

While Melissa Norman’s hands and feet were restrained, she continually struggled with officers as she thrashed about and purposely banged her head against the floor and walls of the booking area where the incident occurred. Unable to physically control Norman’s actions, officers used a Taser to stop her resistance. While using a Taser on already-restrained subjects has been deemed reasonable, several cases discussed insofar have held that even if the force used was found unreasonable, the officers still would be entitled to qualified immunity because the law pertaining to Taser deployment has not been clearly established.

Starting in 2008, a different interpretation of reasonableness in the context of Taser use began to emerge with Parker v. Gerrish.10 The U.S. Court of Appeals for the 1st Circuit, affirming the decision of the lower court, ruled a Taser used against a subject who did not pose an immediate threat can be considered excessive.11

In this case, Officer Kevin Gerrish was arresting Stephen Parker for driving while intoxicated. At one point, Officer Gerrish ordered Parker to turn around and place his hands behind his back. Parker complied; however, he positioned his hands in such a way that made it difficult for the officer to secure the handcuffs. Parker was ordered to reposition his hands or else he would be Tasered. As Parker initiated movement, a nonarresting officer deployed his Taser. It was decided that this level of force used against Parker was not objectively reasonable because Parker posed no significant threat to officers and made no attempt to escape or otherwise struggle with them.

Similarly, in Bryan v. MacPherson, the U.S. Court of Appeals for the 9th Circuit ruled an officer’s use of a Taser against an individual who was not an immediate threat and neither resisting nor posing a flight risk was clearly excessive.12

Officer Brian MacPherson had stopped Carl Bryan for a seatbelt violation. Over the course of the stop, Bryan displayed abnormal behavior. At one point, Bryan exited his vehicle, began yelling gibberish, and started pounding his thighs with his fists. While approximately 15­­­ to 20 feet away from Bryan, Officer MacPherson deployed his Taser. The resulting fall caused Bryan to break four teeth and sustain another injury to his face.

The amount of force used by Officer MacPherson was considered “unconstitutionally excessive.”13 However, the denial of summary judgment based on qualified immunity issued by the U.S District Court for the Southern District of California was reversed because the law was not clearly established at the time this incident occurred. Judge Kim Wardlaw of the U.S. Court of Appeals for the 9th Circuit stated in her issued opinion that the use of a Taser in dart mode should be considered an “intermediate and significant level of force,” and “the X26 thus intrudes upon the victim’s physiological functions and physical integrity in a way that other nonlethal uses of force do not.”14

For the first time in their operational history, Tasers now were placed higher on the use-of-force continuum and considered a greater force option in the eyes of the courts. In the years following Parker v. Gerrish and Bryan v. MacPherson, judgments of unconstitutionally excessive force steadily increased.

A paradigm shift seemed to emerge as Taser use once deemed a reasonable use of force in the early 2000s now was being held unreasonable by 2011. For example, in 2011, the U.S. Court of Appeals for the 9th Circuit addressed this issue again in its en banc ruling of Mattos v. Agarano.15

This en banc ruling consolidated two cases with two different sets of facts; however, similar rulings were made.16 In these cases, police used a Taser against persons considered to pose no significant risk to police safety and, at best, offered a minimal amount of resistance to police efforts.

The first case involved a pregnant female Tasered after thwarting an officer’s efforts to remove her from her vehicle by holding onto the steering wheel following her refusal to sign a speeding ticket. The second case involved a female subject Tasered after standing between an officer and her husband prior to her husband being placed in custody. In each case, the use of a Taser was considered excessive.

In 2012, a similar ruling was made by the U.S. Court of Appeals for the 6th Circuit in Austin v. Redford Township Police Department, where a Taser used against a restrained and nonthreatening subject was deemed excessive.17 Citing its previous decisions, the court established, “the use of nonlethal, temporarily incapacitating force on a handcuffed suspect who no longer poses a safety threat, flight risk, and/or is not resisting arrest constitutes excessive force,” and qualified immunity was denied to the officer responsible for the Taser deployment.18

"Starting in 2008, a different interpretation of reasonableness in the context of Taser use began to emerge...."

Further propelling the paradigm shift, Judge Stephanie Thacker and the U.S. Court of Appeals for the 4th Circuit issued a groundbreaking opinion in Armstrong v. Village of Pinehurst.19

Prior to Ronald Armstrong’s encounter with police, he self-admitted into a local hospital for behavioral and psychiatric issues. Following admission, Armstrong became frightened and left the hospital. Attending doctors deemed Armstrong a threat to himself, issued involuntary commitment papers, and notified the local police department. Subsequently, police located Armstrong near the hospital. Upon seeing the officers and not wanting to return to the hospital, Armstrong secured himself to a nearby pole by wrapping his arms and legs around it.

Unable to persuade Armstrong to let go of the pole voluntarily, officers proceeded to drive-stun him with a Taser five times within 2 minutes to no avail. Seeing the Taser had no effect, two hospital security guards helped police, and a total of five people physically removed him from the post. Armstrong then was placed on the ground and in restraints.

During this process, Armstrong lost consciousness and became unresponsive. Resuscitation efforts were fruitless, and he was pronounced dead soon after. In this ruling, the U.S. Court of Appeals for the 4th Circuit affirmed the decision by the U.S. District Court for the Middle District of North Carolina to grant summary judgment and provide officers with qualified immunity; however, it deemed the use of force against Armstrong unreasonable.

In the majority opinion, Judge Thacker wrote a “Taser...is expected to inflict pain or injury when deployed. It, therefore, may only be deployed when...confronted with an exigency that creates an immediate safety risk and that is reasonably likely to be cured by using the Taser.” Judge Thacker also stated that Tasers used to combat “stationary” or nonviolent resistance constitute excessive force and “law enforcement officers should now be on notice that such Taser use violates the Fourth Amendment.”20

In addition, on October 3, 2016, the U.S. Supreme Court, by denying a petition for a writ of certiorari and, thus, not reviewing this case, left the ruling of the U.S. Court of Appeals for the 4th Circuit to stand and be the prevailing guidance. Rulings such as this solidify increasing disdain for Taser use against nonthreatening subjects. Judge Thacker’s words clearly articulate Taser use in this fashion is excessive. It then can be reasoned that officers seeking qualified immunity after deciding to use a Taser against a nonviolent or nonthreatening subject almost certainly will not receive it or at least have a much more difficult time compared with past efforts.

Over the last two decades, the progression of Taser use by law enforcement has undergone continual refinement. First permissible as a tool to gain compliance, they now are a purely defensive device. No longer used to persuade movement, each Taser use must be made in light of an articulable safety concern.

Taser training programs should place a premium on scenario-based exercises that force officers to discern between various degrees of resistance and threat levels. By doing so, officers can improve their decision-making processes, leading to the appropriate selection of force. When this occurs, officers increase their likelihood of safely resolving tense confrontations while reducing liability and, ultimately, better serving their communities.

"Rulings such as this solidify increasing disdain for Taser use against nonthreatening subjects."