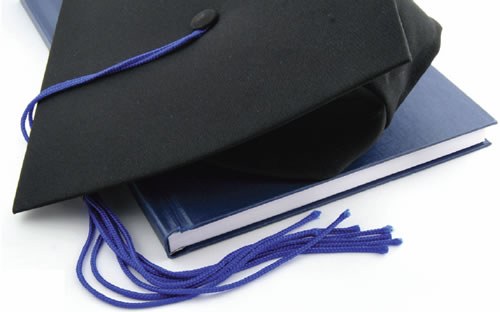 Several decades of research concerning the relationship between higher education and policing has led to little agreement concerning the appropriate extent of education for entry-level law enforcement officers. Clearly, officers with little formal education have effectively protected and served citizens throughout the history of policing in the United States. Despite this, however, academics and practitioners, as well as organizations and national commissions, have repeatedly argued for more formal education requirements for the police. They often posit that the movement from traditional policing to community-oriented problem solving requires skill sets, such as critical and analytical reasoning, enhanced understanding of socioeconomic causes of crime, and advanced interpersonal and intercultural communication, that are best developed in higher education programs. These arguments have not translated into action, and few law enforcement agencies mandate anything beyond a high school diploma for entry-level officers. As recently as 2003, only 9 percent of police departments nationally required a 2-year college degree and 1 percent a 4-year degree.1

Despite the apparent lack of a national movement toward higher education in policing, the state of Minnesota has had a 2-year degree requirement for entry-level police officers for more than 30 years. In addition, Minnesota has conducted two statewide studies of the education levels of its police officers, the most recent in 2008. The authors present a discussion that reviews the key findings of this latest police education study.

In 1977, Minnesota policy makers passed legislation that created the first licensing system for police officers in the United States and established the Minnesota Board of Peace Officer Standards and Training (Minnesota POST), which has the authority to both license and determine minimum education requirements for all new police officers in the state. In 1978, Minnesota POST identified a 2-year college degree as the minimum education requirement for all new entry-level officers. In 1990, the first statewide study of the Minnesota model took place in response to the introduction of initial legislation that would have raised the entry-level requirement for police officers in Minnesota to a 4-year degree after January 4, 1994.2 The study, conducted in two parts, collected data that provided an overview of education levels and related characteristics of police officers, perceptions of degree requirements, and demographic data.

One key recommendation of this first study—to not raise the entry-level requirement to a 4-year degree—was accepted, and the 2-year degree continues as the minimum requirement in Minnesota.3

The authors conducted the 2008 study to assess the effect of the 2-year degree requirement on overall education levels of current officers over the nearly 20 years that have elapsed since the first study. In addition, they examined officer perceptions of the issues related to and associated with the formal education requirements. Because the research instrument used in the current study essentially replicated the 1990 one (with several new items added), it enabled the analysis and comparison of the relationships between the key variables of both studies.

The authors obtained a list of all of the 9,386 licensed, full-time officers working in city or county law enforcement agencies in May 2008 from Minnesota POST. They sent a self-administered survey to a random sample of the officers, using a random number generator. From the final sample size of 1,099 officers, 627 of them returned the survey, representing a 57 percent response rate. The survey consisted of 30 questions or items, 29 closed-ended and 1 open-ended. 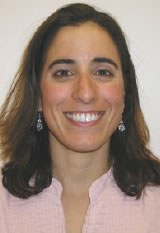 Dr. Hilal is an assistant professor in the School of Law Enforcement and Criminal Justice at Metropolitan State University in St. Paul, Minnesota. 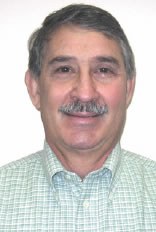 Mr. Erickson, a retired police officer,is an assistant professor in the School of Law Enforcement and Criminal Justice at Metropolitan State University in St. Paul, Minnesota.

Results of the analysis indicated that approximately 86 percent of the respondents were male, 56 percent were under the age of 39, 93 percent identified themselves as white, 69 percent held the position of patrol officer, and 52 percent reported having 12 or more years of experience in policing. Approximately 73 percent were employed by a municipal police department, 44 percent served in agencies with more than 56 police officers, and 62 percent worked in a metropolitan region.

In terms of monetary incentive for further education, police departments seemed to have increased financial support of education for officers. In the 2008 survey, 52 percent of officers advised that they received some form of tuition reimbursement for taking college-level courses (42 percent of officers reported having taken college-level courses since being hired by their agencies). In the 1990 survey, only 37 percent of officers identified their department as providing tuition assistance, indicating that tuition reimbursement had increased 15 percent since the 1990 survey. In 2008, 14.3 percent of officers identified that earning a degree resulted in a salary increase. This represented a decrease from the 1990 survey when 19.2 percent indicated that they would receive a salary increase. Responding to an additional item in the 2008 survey, 9 percent of the officers stated that their agencies increased the entry-level salary at time of hire if the new officer had a bachelor’s degree. The 1990 survey did not include this item.

Officer perceptions of the education requirements needed for supervisory positions increased as the rank structure rose. As illustrated in table 1, officers perceived that a bachelor’s degree or higher was required for promotion to the ranks of chief (40.3 percent), captain/commander (28.3 percent), lieutenant (21 percent), and sergeant (12.9 percent). Furthermore, when asked whether they felt that by either policy or practice their departments would require more formal education for promotion in the future, 33.6 percent of the officers said yes, 53.1 percent no, and the remaining were not sure.

Interestingly, fewer officers in the 2008 survey believed that a 4-year degree should be the minimum education requirement for licensure as a police officer. In 2008, 30.8 percent thought that a bachelor’s degree should be the minimum requirement, whereas 40.6 percent of the officers in the 1990 study supported this stipulation. However, when asked whether they still would have entered police work in Minnesota if the 4-year degree requirement had existed, 70.4 percent of officers responding to the 2008 survey indicated that they would; this represented approximately 13 percent more officers than in the 1990 survey. Of note, response to this item depended on the officers’ years of service; those with more years were less likely to support the entry-level requirement of a 4-year degree.

Officer perceptions of what should be the minimum education requirement for promotion to the various rank structures indicated that the higher the rank, the more formal education should be required. Approximately 71 percent of officers thought that a chief should have at least a bachelor’s degree, 66 percent for captain/commander, 56.9 percent for lieutenant, and 40.6 percent for a sergeant. Table 1 shows that these percentages are greater in all rank areas than the perceptions of the education level that officers believed were currently needed to attain these supervisory positions.

The Minnesota experience seems to suggest that some sort of minimum education requirement beyond the high school diploma or its equivalency is a viable option for policing standards. It appears that the Minnesota model has successfully increased the education level of all officers and that support for higher education is favorable among Minnesota officers. Whether increasing entry-level requirements beyond the relatively universal standard of the high school diploma is necessary or even of value continues to be widely discussed and debated. Because Minnesota remains the only state to require a postsecondary degree for entry-level licensing, it proves difficult to compare Minnesota with any other state at this time.

It seems that a further avenue of investigation would be to replicate the most recent Minnesota study in other states and to compare the current education level of those states’ officers with that of Minnesota officers. This comparison might identify whether the Minnesota experience of increasing levels of formal education of police officers is a direct result of the postsecondary degree requirement or merely a reflection of a possible increase of education level of police officers nationally. Furthermore, examining the perceptions of officers from diverse geographic locations and various agency sizes might add to the discussion and analysis of the current state of police officer education.

Clearly, the primary mission of police work is to protect and serve. How to best achieve this as communities change, strategies and tactics of law enforcement improve, and the expectations of policing continue to grow, remains unanswered. It also is clear that entry-level education requirements for officers at the municipal, county, and state level have not substantially altered in the past century. Perhaps, the Minnesota model can help lead to incremental increases in overall law enforcement officer education levels.