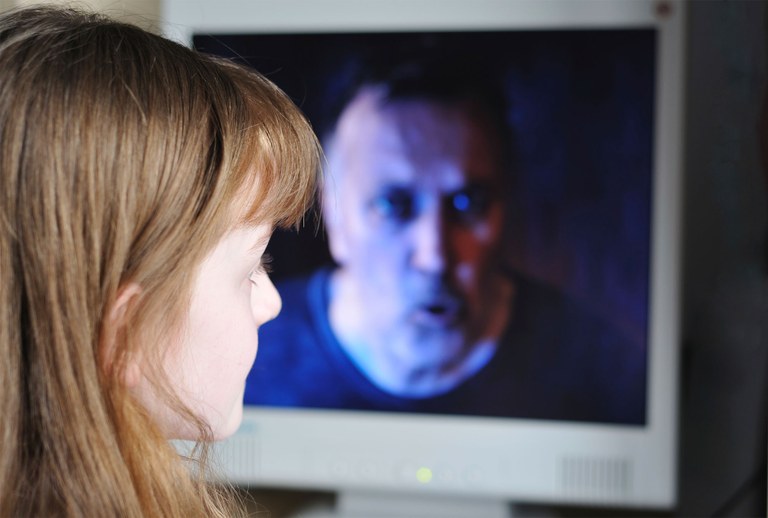 With the ever-increasing usage of social networking sites and messaging applications, child sex offenders (CSOs) now can have instantaneous virtual access to children.1 As of 2018, 95 percent of American teens said that they owned or had access to a smartphone, and nearly half (45 percent) indicated that they used the Internet “almost constantly.”2

In response, the U.S. Department of Justice’s Internet Crimes Against Children Task Force Program conducted more than 71,200 investigations in 2018 alone, arresting more than 9,100 individuals.3 Many of these cases used undercover operations to combat online-facilitated sexual exploitation of children.

What do these online undercover operations look like? They can involve different approaches on a variety of platforms. Some are proactive, where law enforcement officers impersonate a child or an adult who has access to a young person, to apprehend suspects before they offend.4

However, they also can be reactive, where officers intervene in an undercover capacity after a suspect solicits a child online. Operations range in length; some (often known as “stings”) may be conducted in a matter of hours, while others can last weeks, months, or even years.

Most people cannot imagine conversing with someone about having sex with a child. So, what makes an ideal online undercover in these types of operations? To identify best practices, the FBI’s Behavioral Analysis Unit-3 (BAU-3) interviewed 16 law enforcement officers from around the country who have extensive successful experience conducting undercover electronic communications with CSOs.5 Specifically, these interactions involved CSOs attempting to travel for sex with an actual or purported child under the age of 18. Such offenders often are referred to as “travelers.”

This article offers insight from the officers’ perspectives into what makes online undercovers successful in targeting CSOs who travel, providing learning points for law enforcement officers new to chatting.6

Willingness and Ability to Chat Regularly

“I just turned on my phone, and there were two guys in there saying, “Hey, I’m ready to come have sex with kids today, on Christmas…. [B]ut, that’s the thing. They were off work. This is when they were obviously away from family, or they were in an area where they felt comfortable traveling to have sex with a kid…. You can’t just chat from 8 to 4, turn your phone off, and expect to be really successful.”

Interviewed officers emphasized the need to chat both regularly and outside normal working hours. CSOs do not think about offending against a child only during the business hours of 9:00 a.m. to 5:00 p.m. Their all-consuming desire to have sex with a child often results in compulsive and persistent interaction with the undercover.

In return, online undercovers must act as if they constantly think of sex with children, as well. While interviewees did not claim to check their phone at all hours, they stressed the importance of sending messages during nonworking hours to not only show engagement but also combat the nearly inevitable future allegation of being law enforcement.

Additionally, one interviewee highlighted the importance of having managerial support to chat and stay focused on it. While some chats last only hours, others can continue for weeks, if not months or years. Undercovers also must remember that just because a CSO does not show up to the first scheduled meet or ceases contact altogether, this does not mean that the investigative avenue no longer exists. In fact, one interviewee mentioned that after a CSO “flaked” on a meet, the individual then pursued the online undercover even more, sending upward of 30 messages. Patience and commitment are needed, and without agency support it can prove difficult to devote the necessary time to regularly chat.

Patience to Build a Relationship

“You have to have patience…to, almost, it’s sad to say, but almost develop a relationship.… [I]f they don’t trust you, they aren’t going to come meet you, particularly with all…the stings. [P]eople are worried about that. If you’re able to develop that relationship with them, that they think you are their friend, I think that goes a long way.”

Multiple interviewees emphasized the value in having patience and building a relationship with CSOs who travel. In the current climate, with many well-meaning efforts looking to combat this crime problem, ranging from a well-known network television show to private watchdog groups, CSOs may be skeptical or hesitant to travel until they feel that an encounter will be real.7

As one officer noted, like any relationship, trust is built through time and exposure, to include talking about common interests beyond sex with children. Unlike a sting that can occur in a matter of hours, some chats truly can reflect the progression of a relationship and last months to years before the meet occurs. 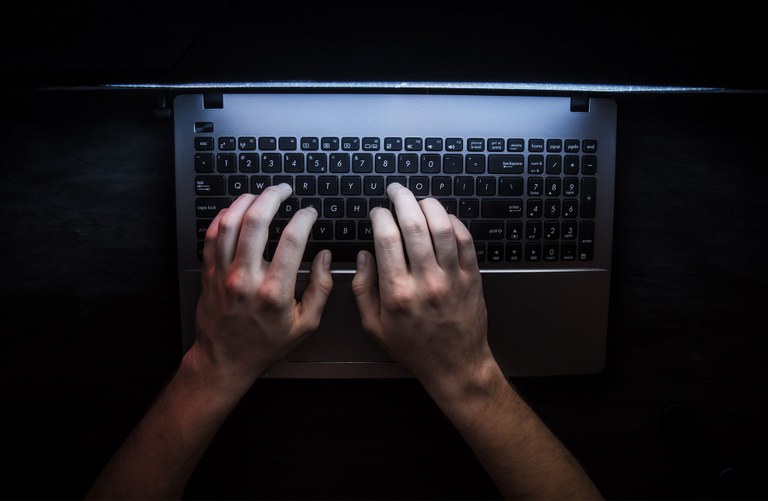 “Interviewed officers emphasized the need to chat both regularly and outside normal working hours.”

“I think it’s like building a house. You have to have a foundation first…. [W]hen the bad guy looks at their profile and it was made yesterday, they’re not going to get anywhere.… [A]nother point is backstopping other things…[like] social media….”

“[A] lot of this I learned just from interviewing people [who] have actually sexually abused kids, and…this is what they told me…‘I threw up the first time, I felt awful, I couldn’t go to sleep, I thought the police were going to kick in my door, I thought she was going to tell somebody.’ So, those are all things I’ll tell people when I’m talking about my history of this abuse, and you just come across as believable. Not only that but you’re bonding with this person to establish trust, and in the end that’s what you want.”

Interviewees identified the importance of being believable and responding with legitimacy, even to the most grotesque of comments from CSOs. According to one officer, undercovers can establish believability well before the chat commences through building their presence on various social media platforms and thoroughly understanding their online persona.

A complete understanding of all nuances built into a persona helps online undercovers respond quickly, naturally, and appropriately to any questions or “curve balls” from CSOs. One interviewee mentioned having a “cheat sheet” to help do just that. It contained pertinent information about an online persona describing a mom with access to children that made it seem authentic. These details included her purported children’s dates of birth, ages, names, and other details.

To provide believable and legitimate responses, interviewees also highlighted the value in asking a lot of questions and being willing to learn more about CSO behavior. Incorporating knowledge gained through prior chatting experience, in-person interviews with CSOs, training, and books and materials available about this type of offender helps an online undercover gain credibility with a CSO.

“Somebody who can think on the fly. [Y]ou gotta have your story down as far as your backstory, but when they throw like oddball questions, you gotta be able to explain it appropriately. [W]hen you play the role of a child who’s interacting with a guy…your story has to change…and your responses have to be different, and you have to type a different way. So, it’s just kind of like a well-rounded person who’s decent at being able to…work on their own and think on their feet.”

Most interviewees acknowledged that they have the “gift of gab” and can talk easily with just about anyone. This quality helped them as online undercovers because they sometimes spoke with CSOs for hours. Having the ability to “roll with it,” think outside the box, and improvise on the spot helped them succeed in their roles. The skill to quickly analyze not only what the online undercover should say but also the impact it will have on both the offender and the investigation was noted as especially critical.

Further, interviewees identified the importance of tailoring chatting styles to both the CSO and undercover’s online persona. For example, law enforcement officers who chatted as a child used different vernacular than those chatting as adults. When interviewees chatted as an adult, they mirrored the chatting style of offenders, such as not using vulgar language when the CSO refrained from doing so.

Understanding of the Violation

Interviewees stressed that effective undercover officers recognize the nuances of this particular violation, often charged in federal court under Coercion and Enticement, 18 U.S.C. § 2422(a) or 18 U.S.C. § 2422(b). Understanding the necessary elements to an offense is key for a successful prosecution, along with the meticulous preservation of electronic communication evidence. Similar to the way a search warrant allows investigators to collect evidence and intelligence, it is important to view chatting through the lens of yet another platform to collect intelligence for an investigation.

“…undercovers can establish believability well before the chat commences through building their presence on various social media platforms and thoroughly understanding their online persona.”

“Who wants to do something where they fail constantly? Right? [Y]ou get ghosted all the time, so you have to become really easy with accepting failure because the majority of time, you’re going to talk to like 100 people and you might only get like 5 to 10…legit offenders that you need to pursue. So, you have to be able to shake off the fact that you don’t get everybody, but when you do get somebody, you have to actually enjoy it….”

Similar to this officer, many interviewees said that they often chatted with multiple suspects at one time who each expressed a desire to sexually offend against a child. Different reasons exist why the CSOs ultimately never traveled, ranging from only wanting to engage in fantasy-based chat about committing such an act to ceasing all communication for no apparent reason after arranging to travel. Naturally, this can discourage undercovers because not only do they invest ample time and effort into the investigations but they then worry that the CSO still seeks to offend against a child, unbeknownst to any law enforcement.

With this in mind, interviewees emphasized the importance of both accepting failure and, more important, enjoying the successes! Whether law enforcement officers have arrested 3 or 300 CSOs who traveled, they must remember that they helped keep children safe.

The work of an online undercover, especially those conversing with suspects who target one of the most vulnerable populations, is emotionally demanding and time-consuming. The ability to chat regularly, build relationships, respond with credibility and legitimacy, improvise on the spot, understand the violation, and accept failure while enjoying the successes is critical to success as an online undercover. Understanding the skill set needed in this type of work can assist future undercovers as they strive to protect the nation’s children.

“Interviewees identified the importance of being believable and responding with legitimacy, even to the most grotesque of comments….”

Supervisory Special Agent Fowler serves with the FBI’s Behavioral Analysis Unit-3 in Quantico, Virginia, and can be reached at mjfowler2@fbi.gov.

Ms. Lybert is a social and behavioral science research coordinator for the FBI’s Behavioral Analysis Unit-5 in Quantico, Virginia, and can be reached at klybert@fbi.gov.

Ms. Owens is an intelligence analyst for the FBI’s Crimes Against Children/Human Trafficking Intelligence Unit in Washington, D.C., and can be reached at jnowens@fbi.gov.

Supervisory Special Agent Waterfield serves with the FBI’s Behavioral Analysis Unit-3 in Quantico, Virginia, and can be reached at jmwaterfield@fbi.gov.