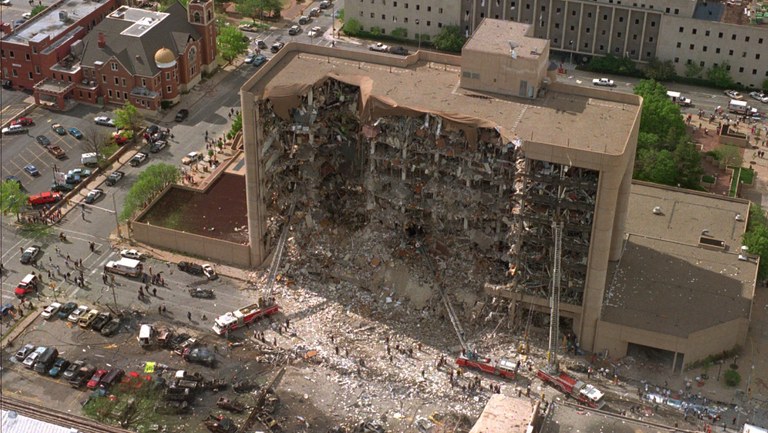 After spending 25 years studying explosives and bombers, the author asks himself the same question after every explosion: What could have made someone commit such a heinous act? The saga of bombers and the driving forces behind their acts is never-ending.

Bomb making is far from a new human endeavor. Shortly after the invention of dynamite, anarchists were lighting its fuse to further their own ends. While current readers may have the 2020 attack in Nashville, Tennessee, in mind when thinking of a vehicle bomb, the first attack of this kind on U.S. soil occurred 100 years earlier with the detonation of 100 pounds of dynamite delivered to Wall Street in New York City via horse-drawn carriage.1 Resulting in 39 dead and hundreds injured, this incident stood as the deadliest terrorist attack in the United States until the Oklahoma City bombing in 1995.

A historical study of bombings and bomb makers reveals reoccurring themes that underlie most of these events. This article will provide an analysis of the circumstances that compel bombers to attack, which can help explain what inspired notable bombings of the past. 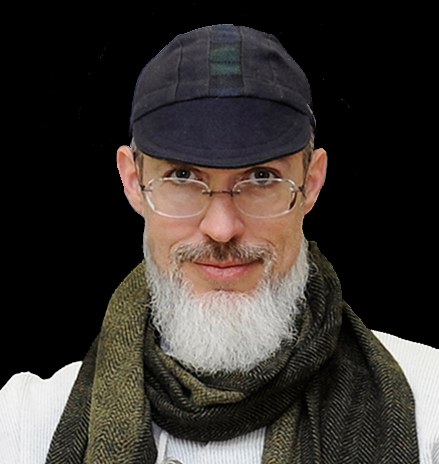 Dr. Yeager is the chief explosives scientist at the FBI Laboratory in Quantico, Virginia.

Three factors instigate most bombings: power disparity, malice (i.e., evil intent), and mental illness. The incentive to bomb is rarely limited to only one of these three factors; each can play a symbiotic role with the others.

A Venn diagram of the motivators and their interrelationships, with illustrations of historic case examples for each, is provided in the figure below. 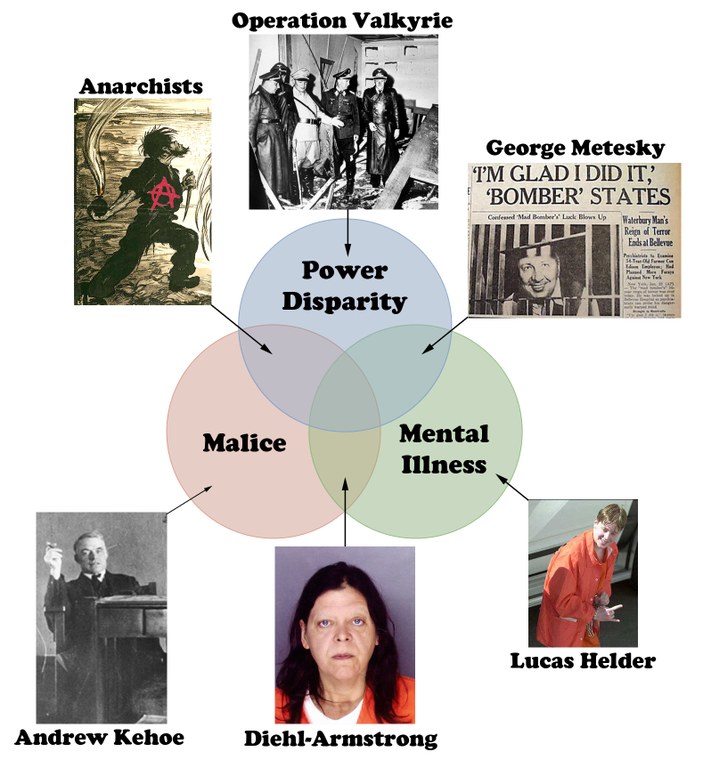 The most predominant motivation for high-profile bombings is power disparity. Many bombings occur when perpetrators feel something critical to their sense of being is under threat. The more integral the attribute under perceived threat is to a bomber’s sense of personal identity, the more likely it will instigate violent actions. Oppression of religious beliefs or ethnic identities is a prime example of an action that would trigger a bomb maker. A feeling of powerlessness coupled with no tangible hope of a better future for themselves or their progeny will induce bombers to act out as well.

The individual under the perceived threat is typically facing an adversary who is much more powerful with access to considerable resources, at which point explosives take on increased appeal. Anarchists refer to dynamite as the “great equalizer” because of its ability to empower the person against a daunting foe, be it a governmental or industrial power.2 Thus, explosives can be considered the psychological equivalent of the slingshot David used to take down Goliath.

As an academic argument, a historic bombing that could be rationalized as justly motivated is the July Plot, the assassination attempt of Adolf Hitler using a briefcase bomb. While the plotters may have been encouraged by some measure of malice, it is difficult to attribute evil intent when the target is Hitler.3

Evil intent can be viewed as the most subjective of the three motivators. After witnessing the atrocity of a bomb blast and its victims, it is difficult to divorce malice from power disparity or mental illness. This intent can be explained through the definition of malice — the “desire to cause pain, injury, or distress to another.”4

Pure malice is mostly seen in bombers who harbor personal grudges. They are provoked by dynamics, such as love triangles and rivalries between drug gangs, where inhumane emotions typically result in murder.

Among notable major bombings, one case study stands out as starkly evil. In 1927, Andrew Kehoe, a gentleman farmer in Bath, Michigan, became increasingly agitated with the construction of a consolidated schoolhouse that resulted in a commensurate increase in his taxes, causing him to face foreclosure on his farm. Lashing out, Kehoe took a position as a school handyman to provide him building access. He slowly planted explosives throughout its basement and crawl spaces. One morning, his concealed bombs went off, destroying half the school.5

While local fire and police personnel were responding to the scene, Kehoe lit his house and every outbuilding on his farm on fire, including the barn where all his animals were trapped. The night before, he had killed his wife, whose body was added to the pyre.6

Kehoe loaded the remaining explosives into his car, along with all the heavy metal tools and other implements he could scavenge from the barn. He drove up to the ruins of the school, where people were still frantically pulling bodies from the rubble, and called over the superintendent, with whom he had a long-standing dispute. As the man approached Kehoe’s car, Kehoe pulled out a rifle and fired into the explosives in the back seat of his vehicle, detonating them and effecting the first suicide vehicle bombing in America.7

The attack killed 38 elementary school children and six adults. To this day, it remains the worst school attack in U.S. history. The body count in that incident was higher than the attacks at Virginia Tech (33), Sandy Hook (28), and Columbine (15).8

“Many bombings occur when perpetrators feel something critical to their sense of being is under threat.”

While Kehoe’s motivation may have been partly derived from a sense of righting a wrong against an oppressive system, his actions were so vile that they serve as a testament to malice above all else.

Understanding the concept of mental illness as a motivator is straightforward. The National Institute of Mental Health defines mental illness as “a mental, behavioral, or emotional disorder” that if severe enough can create “serious functional impairment, which substantially interferes with or limits one or more major life activities.”9

Individuals with mental illnesses can be of a violent and/or unpredictable nature. For bombing motivation purposes, mental illness can be treated akin to the legal defense of insanity, where a person lacks the capacity to discern between right and wrong.

Mental illness is rarely the sole driving force for bombers. Only one example could be justified to fit the descriptor. In 2002, Lucas Helder planted a series of pipe bombs in mailboxes across the United States, with the intent of creating a smiley face on the map. One bomb was placed in Nebraska and another between Iowa and Illinois to form the eyes. Colorado and Texas made up the beginning part of the smile. His route covered approximately 3,200 miles. Helder was apprehended before finishing his “artwork.” He was declared incompetent to stand trial, which was not surprising given his goals. Helder did have a manifesto of sorts, but it is hard to attribute his ramblings to a concerted attempt to address a power disparity.10

The perfect overlap of a struggle with power disparity and mental illness is seen in the Mad Bomber of New York.

George Metesky suffered a debilitating workplace injury while employed as a mechanic. The denial of workers’ compensation for the injury, along with his innate mental instability, led him on a 17-year bombing campaign in New York City that spanned the 1940s and ‘50s. During this period, he attacked train stations, music halls, movie theaters, and other public venues. In all, he placed 33 bombs and injured 15 people.11

Metesky’s bombings were unique in that they were not conducted to further a political agenda, but a personal one. Following extended psychiatric evaluation, doctors found Metesky unfit for trial. He was diagnosed with incurable paranoid schizophrenia and an impulse to martyrdom and was confined in a New York state mental institution for 17 years.12

One of the best examples of the intersection of mental illness with malice is Marjorie Diehl-Armstrong. She served as the ringleader of a group of conspirators who strapped a live bomb around a pizza delivery man’s neck to coerce him into robbing a bank. The bomb killed the man, and Diehl-Armstrong was the only conspirator to go to trial for the attack. While in custody, she underwent numerous psychiatric evaluations and was diagnosed with bipolar disorder and personality disorder with borderline paranoid and narcissistic traits.13

Before facing charges for the pizza bomber, Diehl-Armstrong was convicted of murdering her purported boyfriend. She shot him in the back multiple times with a shotgun and placed his body in a freezer for later disposal. Prior to that murder conviction, she was implicated in at least two other murders.14

There is no doubt she had a long history of malice and ill intent. Bomb building was just the final manifestation of her destructive impulses.

In the long history of terrorism and the anarchy movement that preceded it, the two most prevalent motivational factors that intersect are power disparity and malice. The anarchists who emerged in the early part of the 1900s illustrate this concept well.

This movement, responsible for the Wall Street bombing, was born during the struggle between capitalists and labor rights advocates. As industrialists fought to keep workers’ wages low and hours long, anarchists retaliated by bombing industrialized capitalism’s power structures.

During this time, industrial robber barons wielded the power of the factory floor and the political machinery that produced labor laws. This power also extended into the ranks of local law enforcement. Anarchists found themselves extending their fight — and bombings — by targeting high-level political officials and government institutions. Hostility developed between lawmakers and anarchists, further motivating anarchists in their perceived righteous fight for a better life for the working class.

That struggle lives on today in the minds of countless terrorist groups who feel their lives are under threat from a far-superior foe. Feelings of oppression and powerlessness and the circumstances that drive the disaffected toward bomb making are nothing new in the annals of bombings.

The rationale behind any act of violence is complex — explosives allow anonymity to an attacker, and they place great destructive power in the hands of those who feel devoid of the ability to achieve what they believe is just.

These attributes tend to attract those with mental illnesses, malice, and/or who are seeking to rectify some existential threat. While other factors may come into play, the three highlighted in this article remain foundational to a bomber’s motivation.

“ … explosives allow anonymity to an attacker, and they place great destructive power in the hands of those who feel devoid of the ability to achieve what they believe is just.”

Dr. Yeager can be reached at kyeager@fbi.gov.