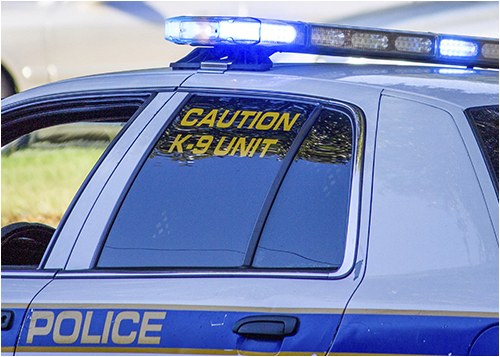 Disembodied voices echo through a tiled hallway littered with spent rounds of ammunition and exuding an eerie metallic odor. As police dispatch engages in dozens of phone calls and deploys emergency units, students and faculty scramble to find safe haven amidst an unthinkable tragedy. Incidents of school violence have swept the nation in recent years, highlighting a need for change. Many people have voiced concerns for stronger security measures or stricter firearms policies, while some individuals have extended the conversation to include mental health reform.1

According to the National Center for Education Statistics, in 2011, 7.4 percent of high school students (9th through 12th grade) reported being threatened or wounded with a weapon on school property during the previous 12 months.2 While physical threats and injuries occur infrequently, school violence affects students in many different ways. Research has shown that exposure to violence during adolescence contributes to mental health problems, which decrease the likelihood of high school graduation and increase risky behaviors.3

Some schools have employed canines to provide protection and establish a new environment that supporters consider essential for reducing school violence. One foundation advocates the use of dogs in schools—it has placed over 50 canines in more than 25 organizations, including schools, since its inception in early 2011.4 There are potential benefits, as well as concerns, when putting these animals in schools as a violence deterrent. 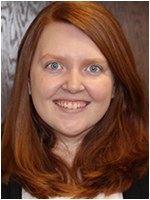 Ms. Grubb is a graduate of the Department of Criminal Justice at Radford University in Radford, Virginia. 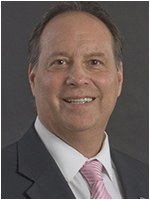 Dr. Burke, a former police officer, is a professor of criminal justice and associate dean for the College of Humanities and Behavioral Sciences at Radford University in Radford, Virginia. 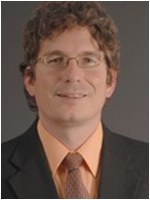 Dr. Owen is a professor and chair of the Department of Criminal Justice at Radford University in Radford, Virginia.

Much of the support for school-placed dogs stems from the success of canine roles in law enforcement and military agencies. On the surface assigning police dogs to schools would seem to extend their law enforcement duties; however, training and enforcement methods would differ due to the highly social environment in which these animals work.

Typically canine deployment involves aggressive tactics, such as “bite and hold,” or, in some searches, clawing and biting as an indicator of contraband. Gentler deployment techniques exist, although the more aggressive alternatives are the most common despite being largely controversial.5 The roles of school canines could include deterrence, apprehension of violent offenders, and contraband detection.

Approximately 35 percent of American schools have employed school resource officers to deter crime and promote a safe school environment.6 The first programs began in the 1950s, but did not gain popularity in the United States until the 1990s due to heightened awareness of school shootings.7 As of 2007 about 40 percent of police agencies, including municipal departments and sheriff’s offices, employ school resource officers.8

Some people argue that the increase of police resources in schools is counterproductive, ultimately criminalizing student behavior. Disciplinary issues normally handled by school faculty members or administrators may escalate to the criminal justice system by involving a resource officer.9 The same argument exists with the use of canines in schools.

Some university-affiliated police departments make use of canines on college campuses in the same ways that have been proposed for secondary schools.10 These police dogs serve the university community by conducting searches for drugs and apprehending aggressive offenders.11

Schools primarily would employ canines for preventive and deterrent purposes. Detection of weapons, drugs, and other contraband would assist a school with ensuring a safe environment and preventing delinquency on school grounds. Frequent drug detection exercises with a canine could help minimize sales and use on school property. If these dogs regularly search for drugs, student apprehension for possession likely would increase. These recurrent searches by canines would serve as deterrents.

While contraband detection is a significant benefit, the primary objective of placing canines in schools is violence prevention, raising the question of which breeds would be most suitable. Canines often are chosen for law enforcement training due to their high energy levels, trainability, and overall demeanor and eagerness to perform. Often, this is based on breed—the German shepherd and Belgian Malinois are the most popular—but dogs are filtered individually through the training process based on performance.12

When considering the use of canines in schools, it is important to employ training methods that allow the dogs to function well in the highly social school environment, behaving aggressively only in appropriate situations. This can require more individualized training, but also could allow for consideration of different breeds to tailor a fit for school settings.

One dog trainer emphasized the importance of thorough training and frequent follow-up exercises to ensure the success of a school-placed canine.13 Such dogs are qualified for four main duties. The first is deterrence of violence; the threat of attack from a canine may prevent someone from planning violent actions within the school. The second is the ability to apprehend an offender; a trained canine can subdue an attacker within seconds. Third, the dog is taught to detect firearms. Fourth, the canine can discover different types of drugs.14

The cost of purchasing and training a dog can exceed $50,000 over a 2-year period, not including routine expenses, such as food, shelter, and veterinary checkups.15 One canine trained by a private agency has been working in a southwest Ohio high school since the 2013 academic year.16

The dog placed in this school is a pioneer in the field and will provide a foundation for the development of future school canine programs. This particular canine is not a police dog and has no affiliation with law enforcement. A private organization in Cincinnati, Ohio, is conducting the program. It is difficult to measure the success of this initiative due to its infancy, but results have been positive so far.17

Handlers normally are civilian members of the community selected through interviews with the school and trainer. Once chosen the handler spends several weeks working with the dog and trainer learning how to lead the canine and conduct searches within the school. Normally the canine lives with the handler. Students and school faculty should not touch the dog, even though socialized with people its whole life, while it is working.18

Both the trainer and the handler in the Ohio school are enthusiastic about the success of the program. It has been positive, with no negative feedback from faculty, students, or parents. The trainer and the handler believe the biggest benefit of having the dog at the school is deterring violence. They recommend the program to other schools, but caution that significant training is essential.19

One school resource officer with over 6 years experience at a high school in Virginia is intrigued by the use of canines in schools to deter violence. This officer noted that it is important to consider which schools are best suited to a canine presence. Training is crucial not only for the handler but for everyone around the dog. The officer’s experience with police canines taught him that dogs cannot always distinguish “good guys” from “bad guys” and sometimes apprehend the most readily available target. Liability is the biggest concern because everyone has to know what to do when the handler releases the dog.20

The Ohio high school experience suggests potential benefits with the canine school program. While this school experienced success, others who plan to start a canine program should consult with local law enforcement and school officials and consider various issues to ensure a viable program.

Advocates cite the primary benefit of school canine programs as the promotion of safety, particularly as a response to minimize gun violence. Cross-training dogs for multiple roles (e.g., detection and apprehension) could help make programs more cost-effective. The more adaptable a canine is, the more beneficial it will be, especially in a school setting. Versatility likely will be a deciding factor for determining the practicality of placing these highly trained animals in schools.

Another aspect involves managing potential concerns, such as student allergies, fears, and distractions, as well as liability in the event of injuries due to bites or scratches. It is vital to thoroughly inform school community members and confirm their acceptance of the potential risks that could come with the benefits.

Proper training and qualification of the dog’s handler are essential. This includes tactical training, guidance regarding situational use of the canine, awareness of the unique attributes of the school setting and its policies, and knowlegde of the laws pertaining to important issues, such as use of force and search and seizure. In addition, cost-effectiveness is a major factor. Handler training and canine purchase, as well as training, feeding, housing, and provision of veterinary care to the dog, contribute to the expense of the program.

Media involvement also impacts a school canine initiative. Depending on how mass communications portray the program, the resulting attention can affect public perception, which can influence school district policies. Establishing a sound strategy for outreach and anticipating the media’s desire to cover what often is a novel program are important considerations.

Additional matters to consider are how and when canines and their handlers will interact with students, faculty, staff, and other community members. Working dogs trained for law enforcement and security applications do not interact with people the same way as a companion, service, or therapeutic animal. However, benefits of school canine programs may include the relationships formed between dogs, handlers, and students, contributing to a healthy school environment.21 This also illustrates the importance of structuring training programs to prepare canines for the social environment of school settings.

Canines provide a valuable supplement to existing security and safety mechanisms in schools. However, it is important to consider carefully all benefits and liabilities. Time and future research are essential factors for determining the value of school canine programs. Evaluation of these initiatives can be based on the expectations of the canine and its performance in meeting desired standards, the impact on criminal activity or violence at the school, and the response by the community.

For additional information readers may contact Ms. Grubb at cgrubb2@radford.edu,
Dr. Burke at tburke@radford.edu, and Dr. Owen at ssowen@radford.edu.