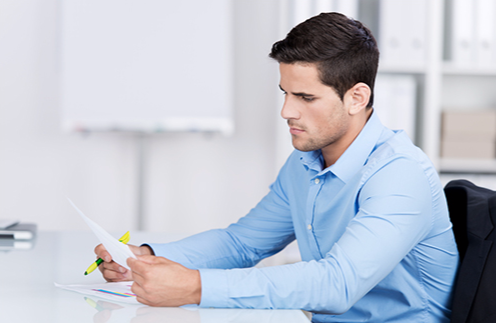 Investigator Coffman recently met with a confidential human source (CHS) who claimed to have intelligence regarding criminal activity. He asked the CHS, “So, what’s going on?” The CHS responded, “Lots of stuff. I can only stay for a minute, but I have some information you’re gonna like—a lot.” The source then elaborated.

So, I was at J.J.’s house, and we were talking and eatin’ and stuff. We watched the football game. You know, the Leopards have a new quarterback, and he was playing pretty well until he got hurt. They suspect he tore up some ligaments in his knee and won’t return until next year. It’s too bad he got hurt because they had a good chance of winning the championship this year. They were in first place and all, but now I don’t know what’s going to happen. Anyway, I believe I kind of see some guns and meth while I’m there. I think it’s, sort of like, on his kitchen table, you know, somewhere. Yeah, then we read an ad about a car that was listed in Thursday’s newspaper. You know, it was the day they had a picture of that old school house on the front page. The car is located off of Mulberry. It’s a cherry Z with ghost flames over a trick red paint job, has a paddle shifter, a 1,000-amp stereo, and has red-tinted rims all the way around. Anyways, he wants me to help him talk to the owner because he thinks I can help him negotiate the price down a bit. Well, I really gotta go. See ya.

The investigator said, “See you next week.” After the CHS left, Investigator Coffman reviewed his notes and returned to his office to prepare a contact report, which specifically required him to provide any relevant intelligence provided by the CHS and to include his opinion regarding its reliability. Something about the intelligence made him feel uncomfortable, perhaps, even suspicious. He was not sure how to classify it. While he could not articulate it, Investigator Coffman’s “gut” impression can be traced to his CHS’s abundance of equivocations, imbalance of critical information, and improper use of present-tense verbs—three useful areas that easily can be analyzed and articulated through the application of basic investigative statement analysis techniques.

WHAT IS STATEMENT ANALYSIS?

Investigative statement analysis involves the examination of the words in a statement to identify indicators of deception.1 It is a process that provides articulation, depth, and structure to an investigator’s instinctual feelings about a statement.

When people intentionally provide deceptive information, they often exhibit a fight-or-flight reaction in response to the increased anxiety level associated with possibly having the deception exposed.2 As a result, deceptive authors often will attempt to hide behind their own words, phrases, or linguistic construction.3 To analyze a statement to determine truthfulness, investigators can examine three important areas: equivocations, balance, and verbs. Then, they can gather assessment data and form an opinion regarding the statement’s reliability.

Equivocations are words or phrases that allow an author to avoid the risk of commitment. When someone uses equivocations, they actually undermine their own claim, indicating a possible struggle with committing to what has been said.4 When investigators locate equivocations in a statement, they should view them carefully to determine if the event actually occurred as reported.5

As an example, if a person claimed to have been robbed by an unmasked man in broad daylight, the investigator would not expect a statement, such as “I think I was possibly robbed by a man.” The victim would be avoiding commitment by using the words think and possibly. Most robbery victims are certain when they have been robbed, and most can easily identify the sex of the person who robbed them. In this case the investigator would have to question the validity of the victim’s statement.

The use of equivocations just prior to the introduction of the guns and meth allows the author to avoid specificity regarding exactly what he saw. He never said he saw guns and meth. Rather, he qualified his observation by saying, “I believe I kind of see some” guns and methamphetamine. How does someone “kind of” see such items? Further, he did not commit to a location for the guns and methamphetamine. He stated that they possibly were located on the kitchen table and later said they were somewhere in the house. Moreover, these equivocations are of particular interest inasmuch as the CHS goes into great detail when providing an equivocations-free description of the football game and the vehicle listed in the newspaper.

Once the event is located, the preceding portion of the statement is designated as the introduction, and the following section is identified as the conclusion. Then, the investigator determines what percentage of the statement is dedicated to each portion.7 A statement should have a balance of approximately 20-60-20. Twenty percent should be dedicated to the introduction, 60 percent to the event, and the remaining 20 percent to the conclusion. The further a statement deviates from the 20-60-20 balance, the more likely it will be deceptive.8

For instance, an assault victim may relay the following:

As I walked out of the restaurant, I noticed a man walking toward me while carrying a broomstick. After we made eye contact, he placed the broomstick over his head, yelled a curse word, and began running in my direction. I immediately ran back into the restaurant and grabbed a big waiter. The man followed me into the restaurant, and when he saw the waiter he yelled more curse words at me, turned, and ran away. I then called 911.

An analysis of the intelligence provided to Investigator Coffman has a different result. Concerning the event, the subject revealed little.

In the statement given to Investigator Coffman, the event began the moment his CHS indicated that he perceived criminal activity—the presence of guns and drugs in J.J.’s house—and ended when he ceased talking about the criminal activity. A review of the statement reveals that, overall, it consists of 213 words, of which only 26 (12 percent) are dedicated to the event.

“Investigative statement analysis…provides articulation, depth, and structure to an investigator’s instinctual feelings about a statement.”

Why is the statement grossly out of balance? The CHS may have minimized the event because it caused him too much stress and tension and because he felt more comfortable talking about the football game and the car for sale, areas he articulated in detail.

Verbs, of course, describe actions. Typically, when people provide information about past events, they will describe their actions using past-tense verbs, indicating commitment to the past.9 As an example, if people describe what they ate for breakfast by responding, “I ate two eggs and drank some orange juice,” their answer would contain verbs consistent with actions committed in the past. However, had they answered, “I eat two eggs and drink some orange juice,” their answer would have contained verbs inconsistent with a past action and more consistent with an action presently occurring.

The use of incorrect verb tense possibly indicates deception because deceptive speakers have no past event to refer to. As a result, their mind will create an event, and they will use present-tense verbs to describe it.10

An analysis of the intelligence provided to Investigator Coffman reveals the following:

In the statement, the CHS used the proper verb tense when describing his overall visit to J.J.’s house, except when he used past-tense verbs to describe the location of the guns and methamphetamine. Here, the CHS should have said something, such as “Anyway, I believe I kind of saw some guns and meth while I was there. I’m not positive, but it was, sort of like, on his kitchen table, you know, somewhere.” This finding presents cause for concern, considering that the CHS used proper verb tense when describing the football game and the vehicle listed in the newspaper. Investigator Coffman now should stop and consider if the portion of the statement containing the improper verb tense did, in fact, occur.

WHAT DO THE RESULTS SHOW?

As a result of examining the statement provided by Investigator Coffman’s CHS, it becomes apparent that the intelligence offered has some concerns undermining its validity.

Investigative statement analysis is a multistep process that involves much more time and effort than what possibly could be described in this article. However, by simply examining intelligence for equivocations, balance, and verbs, investigators can greatly enhance their opportunity to gain valuable insight and awareness into their CHS’s true intention.

“…by simply examining intelligence for equivocations, balance, and verbs, investigators can greatly enhance their opportunity to gain valuable insight and awareness….”

Mr. Burke can be contacted by e-mail at precisionintelligence@earthlink.net.