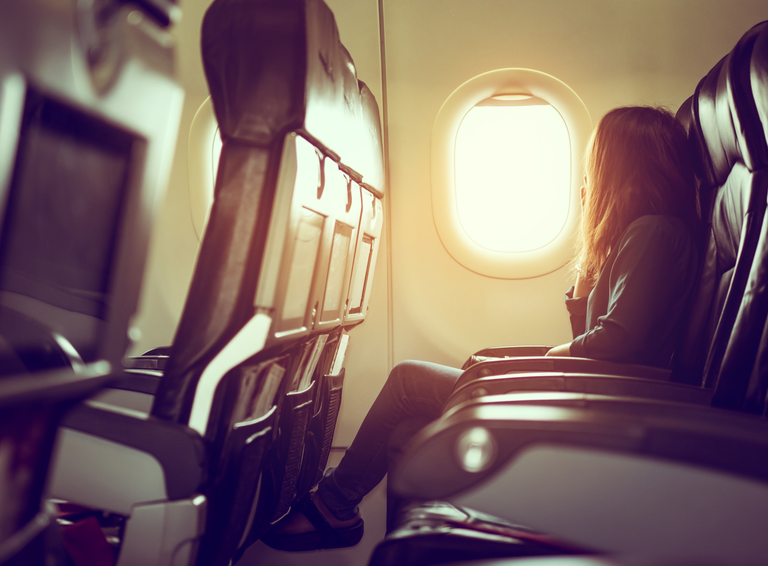 Compared with a typical year, 2021 saw a tenfold spike in reported complaints to the Federal Aviation Administration (FAA) regarding unruly and dangerous passenger behavior on airplanes.1 With fewer travelers due to COVID-19 restrictions and vocal arguments about mask regulations in enclosed spaces, many aircraft crimes have been loud confrontations. Despite these noteworthy incidents, another type of offense is quieter but no less consequential for its victims: in-flight sexual assaults.

While no two incidents are the same, this article will identify common patterns of sexual offenders onboard aircraft, recommend best practices for investigators, and offer real case examples. Increased awareness about offender mindset can provide a broad and creative toolbox when investigating these crimes.

The Centers for Disease Control and Prevention (CDC) indicates most perpetrators of sexual violence are known to the victim.2 However, sexual assaults on airplanes stand out because the victims usually do not know their assailants.

Generally, sexual crimes are committed by males, and the same holds true when they happen on airplanes.3 Most often, an assailant sits immediately next to the victim and takes advantage of this proximity. Victims likely sit in a middle or window seat, with the offender closer to or on the aisle, effectively barricading her so she will have to walk past the perpetrator to get out. 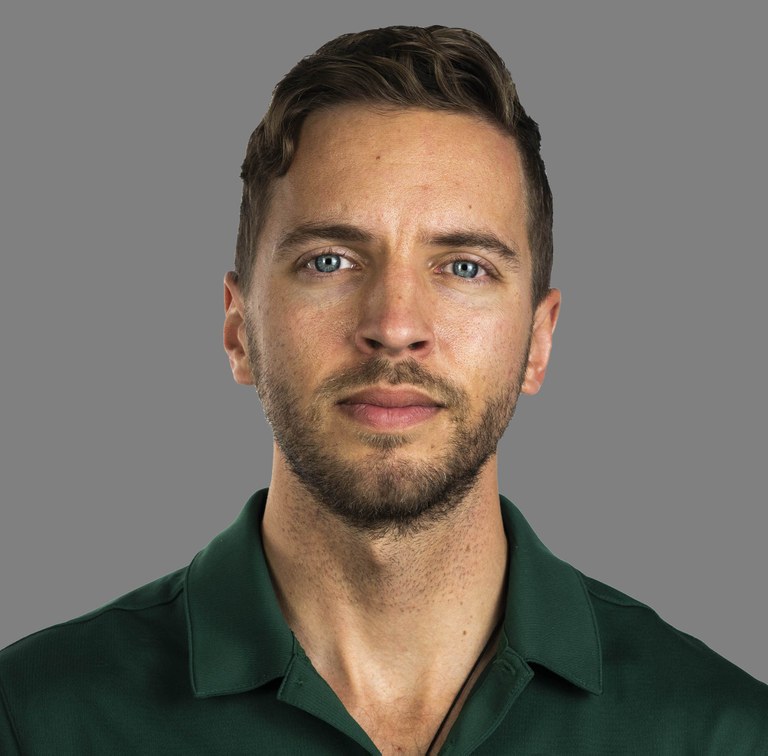 Special Agent Brooker has investigated crimes onboard aircraft in Los Angeles and currently serves in the FBI's International Operations Division in Tunisia.

Sexual assaults onboard aircraft follow a predictable pattern that can be routine for experienced offenders. Because flights only last a few hours, assailants undertake a truncated grooming process to draw targets closer for control and exploitation. Grooming involves six steps to perpetrate sexual violence.

Though grooming is most frequently applied in the context of targeting minors, the methodology is useful for understanding techniques employed by sexual perpetrators on aircraft for victims of any age.

Offenders have many opportunities to spot and evaluate ideal targets, including in the airport prior to departure, during the boarding process, or upon locating their seats. Their willingness to find someone to violate and act quickly underscores the brazenness of these subjects. They often have a history of sexual assault and are skilled in identifying targets from years of experience.

No specific victim profile exists; they can be of various ages and physical appearances. Offenders look for someone they believe they can take advantage of with minimal risk. Their victims frequently travel alone.

One offender took advantage of a flight with unassigned seating to assault two female passengers. Identifying his ideal target during the boarding process, the subject followed a woman and sat in her row so that she was between him and the window. When he groped that victim, she told him to stop and go away. Emboldened, the perpetrator moved to another row where he fondled a second victim. The incidents took place on a direct flight that lasted under 2 1/2 hours. This man’s assault of two individuals during a short period of time indicated his experience with spotting a target and acting quickly.

A sexual predator may initiate several regular interactions that become increasingly close or personal to assess a potential victim’s susceptibility of being assaulted. This develops a temporary bond, lowering the victim's defenses and predisposing her to assume the best of a “friendly” seatmate.

Simple, open-ended questions can verify the offender’s initial assumption that the target is vulnerable and unlikely to call for help or resist advances. For instance, “Traveling to see family?” could be a simple greeting or a way to determine whether a victim is traveling alone.

Sometimes, building trust entails just appearing to be a sincere and “normal” fellow passenger. In such a case, a victim might go to sleep, making her vulnerable to assault.

For passengers traveling alone, the assailant affords companionship or easing of air travel fears. This “need” opens avenues for conversation.

An assailant hearing that someone is traveling to celebrate a birthday might offer to buy a drink or two to lower inhibitions. Similarly, a drink (or pills) could be offered to a nervous flyer to cope with the stress of travel. These seemingly innocent gestures can reassure a victim that her seatmate has her best interest at heart when the opposite is true.

Modern flying is inherently depersonalizing — this held especially true during the pandemic, when passengers and crew were hidden behind face masks. Being stuck in a window or middle seat can add to that isolation, where travelers depend on their neighbor’s goodwill to allow them to get up for simple needs, such as using the restroom or stretching their legs.

In this context, the sexual perpetrator might keep an arm on the shared armrest and/or spread his legs wide to force contact with the victim through the mid-thigh and leg area. With nowhere else to go, most travelers put up with such uncomfortable close contact to keep the peace, or they dismiss it as accidental.

Methods of aircraft sexual abuse vary, ranging from frottage5 to flashing and groping to penetration. As sexual assault is about power,6 the assailant is not always visibly gratified. The reason behind the offense is to do something and get away with it. Once the victim becomes aware of the activity, the offender assumes she will stay quiet — out of either embarrassment or fear.

An offender effectively maintains control when the crime is never reported. The flight ends, and both parties go their separate ways, never to meet again. Often, the incident remains vivid in the victim’s mind far longer than in the assailant’s because he continues to offend.

When a victim or witness speaks up to a flight attendant or confronts an attacker, this disrupts the offender’s assault routine and potentially leads to arrest or questioning.

Because most assailants are repeat offenders, they have prepared for questioning and will not be easily implicated. This final stage separates a successful criminal case from an unreported incident — careful investigation can expose a predator and lead to prosecution.

A subject was arrested for groping a young woman while in flight. Investigation into the offender revealed multiple reported sexual incidents onboard aircraft going back several years, none of which resulted in charges. The subject’s experience assaulting women without consequences sent the message that the skies were fair game for continued predatory behavior. By proactively investigating such incidents when reported, law enforcement can disrupt an offender’s routine and protect future victims.

“Sexual assaults onboard aircraft follow a predictable pattern that can be routine for experienced offenders.”

Sexual offenders follow the same patterns in the air as they do on the ground but with a shortened timeline. As such, every stage of the crime can be investigated, a luxury not often available to investigators of traditional sexual assaults when abuse is long-term, involves relatives, or has other complicating factors.

FBI data indicated a 65% increase in sexual violence cases onboard aircraft from 2014 to 2017.7 Considering 40% of sexual assaults remain underreported in the United States,8 this growth likely indicates increased comfort with contacting law enforcement for help following an attack.

Rather than dismissing in-flight assaults as “he said, she said” incidents that cannot be substantiated, investigators are clearing more cases by using dependable methods to conduct full criminal investigations.

Investigators must act quickly. Often, they are notified of a potential assault as the aircraft is landing or taxiing to its arrival gate and have little time to prepare. In general, the best practice is to conduct interviews of associated parties, to include flight attendants and potential witnesses, upon the flight’s arrival. Cases where notifications are not made until the day after the flight or later are far more difficult to research effectively — but no less important.

Collecting specific details and evidence, such as noting seat numbers and timelines and obtaining witness statements from the flight crew, is key in airplane sexual assault cases. As aircraft may travel through multiple time zones, it can be hard for a victim or witness to attest to the time of the incident.

Using events shared among all passengers, such as approximate time after takeoff or the incident’s proximity to a meal or drink service, can help investigators pinpoint when the assault likely occurred. Similarly, seat numbers can help identify other witnesses who are not immediately apparent when the flight arrives, allowing for follow-up interviews in the days after the flight.

The crew’s statements regarding all parties involved can also be illuminating. In one case, flight attendants were surprised to hear reports of an assault because the offender had asked to change seats to sit next to a sleeping victim, claiming to be the passenger’s husband.

“Because most assailants are repeat offenders, they have prepared for questioning and will not be easily implicated.”

Investigators should know what criminal charges or statutes to pursue based on the type and severity of the incident. However, as in any investigation, it is important to avoid jumping to conclusions upon arriving at the scene and to stick to the facts.

The assault will not likely be the offender’s first. Even though sexual assaults are often unreported, assailants will likely have experience dealing with police questioning regarding their activities and have preplanned responses designed to cast the incident as a “misunderstanding.”

In multiple cases, the FBI has encountered sexual predators who feign sleep to put their hands on a victims’ crotch or breasts or otherwise rub or grope them. While admitting they pretended to be asleep, those subjects will often claim the victims never told them “No,” therefore, giving implied consent for the assault. Of course, a passenger who is truly asleep and accidentally touches another person will not claim to have tacit consent for groping.

The FBI has primary jurisdiction on in-flight crimes, but the best approach for investigating these incidents is inherently collaborative. Sharing investigative duties among federal law enforcement, airport police, and other relevant entities can result in the most effective outcomes that consider context and relevant local statutes. In cases of known repeat offenders, the recent incident might not be the most immediate (or alarming) violation to charge.

An individual exposed himself and masturbated in front of two females onboard a domestic flight. The man assaulted one of the women when she got up to get help from a flight attendant. Though both incidents constituted federal misdemeanors, the offender was on probation for a prior incident and was prosecuted in state court as a felon. The conviction was assisted by a cell phone video taken of the subject’s actions.

In-flight sexual assaults follow a predictable but unfortunate routine, from victim identification to incident. Even if they have never been formally prosecuted, offenders with the boldness to attempt such crimes in a confined space, surrounded by witnesses, and in which they have only a few hours to act have a lot of experience avoiding arrest. Luckily, investigators familiar with this pattern and willing to look into reported incidents can find the information needed to apprehend offenders and protect victims.

Though the number of sexual assaults onboard aircraft remains few and the circumstances vary, special attention to tried-and-true investigative techniques has increased the arrest and prosecution of offenders. Investigators should share best practices with each other to effectively charge these incidents and ensure safer skies for all fliers.

“Sexual offenders follow the same patterns in the air as they do on the ground but with a shortened timeline.”

Sharing tips with traveling family and friends can ensure they are less susceptible to in-flight sexual assaults.

Special Agent Brooker can be reached at wtbrooker@fbi.gov.