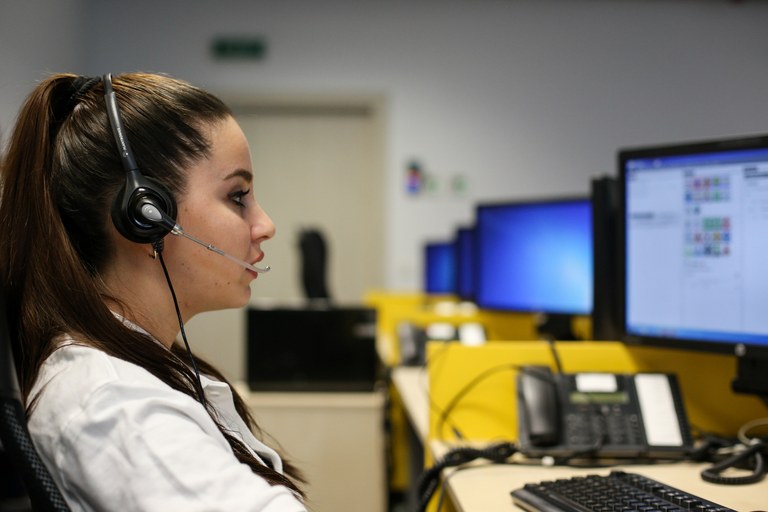 A recent survey, conducted by the authors, of approximately 200 FBI National Academy (NA) attendees found that 95% of those who investigated homicides often or always review the related 911 calls. These law enforcement officers stated that the calls provide a valuable starting point as the first witness statements for a case and allow investigators to review the demeanor and reactions of the caller. The calls also capture additional information that may help later, such as the voices of other people on the scene.

Officers may analyze voice modulation — change in tone or pitch — to interpret the veracity behind a caller’s description of an event. Is this a reliable measure of deception? What about minimization — an individual’s attempt to downplay culpability in an incident? Can investigators accurately decipher modulation and minimization from 911 calls?

While many factors go into the analysis of a 911 call, these two characteristics are typically recommended for investigators to analyze.1 In this article, the authors review the literature on voice modulation and minimization in 911 calls as deception indicators and then offer suggestions on using these calls to support homicide investigations.

An early research study examining voice modulation in 911 calls determined that when a caller reporting a homicide had limited change in tone or pitch, they would more likely be found guilty of that crime.2 However, a follow-up study conducted by the current article’s authors using a more recent set of 911 calls determined the opposite — homicide offenders were more likely than uninvolved callers to exhibit voice modulation.3

Complicating matters further, when the authors compared 911 calls involving a homicide staged as a suicide with those reporting a true suicide, voice modulation did not distinguish between the two groups of callers.4

In short, the literature to date is unclear on the relationship of voice modulation with involvement in a reported death.

The authors consist of law enforcement officers with at least 10 years of investigative experience and a forensic psychologist who regularly consults on cases. Yet, across 175 calls in their recent study, they could only agree on whether the caller demonstrated voice modulation in 72% of them.5 Although the differences in voice modulation scores were discussed and subsequently resolved through consensus, it is noteworthy that these seasoned law enforcement professionals would have relatively different concepts of how to assess voice modulation in the context of deception detection.

A change in vocal pitch could be difficult for investigators to determine without specialized equipment, which may explain the differences in agreement mentioned in the above study.6 Even regarding those times when voice modulation was heard, discussions among the authors found that the modulation was often perceived as staged, which could not be accounted for based on changes in pitch and intensity alone.7

Within the context of investigative interviews, studies measuring voice modulation found it is useful to detect deception. Using instruments that measure voice modulation more precisely than the human ear, researchers reviewed audio-recorded law enforcement interrogations and found a change in the vocal pitch, measured in hertz, of approximately 20 to 40% when suspects were deceptive.8

Other researchers found that in laboratory settings when interrogators used the Strategic Use of Evidence interviewing technique on study participants who participated in a mock crime, open-ended questions led to liars generally exhibiting a wider range of vocal pitch (measured in hertz) and greater vocal intensity (measured in decibels) than truth tellers.9

In a summary of all studies conducted on nonverbal behaviors, researchers found that changing one’s voice to a higher pitch was more common among those who were being dishonest.10 Higher pitch proved even more prevalent among liars who did not have time to prepare, as would be expected among those who call 911.11

Confronted with life-or-death decisions, 911 callers have little time to develop false statements. While there may be similarities between investigative interviews of and calls made by suspects, there is still an important distinction in that many types of 911 calls involve raw, uninhibited emotions from callers in emergency situations, which may limit the applicability of findings based on interviews. Moreover, during investigative interviews, law enforcement has more time to establish a baseline in an interviewee’s pitch, intensity, cadence, and other behaviors, something typically impossible with 911 calls because they are generally short and involve raw emotions.

“Overall, the evidence on voice modulation and minimization as appropriate indicators of deception in 911 calls is mixed. … ”

In fact, interrogators are recommended to use truthful behavior taken from the subject during the same interview setting while talking about similar topics to establish a baseline and reveal clues pertaining to potential deception.12 This stringent level of analysis may not be possible with 911 calls and voice modulation.

Below are excerpts from two 911 calls from actual homicide cases.

In the first case, the caller was later convicted of murder, while the one in the second was cleared by law enforcement of any wrongdoing. The caller who was found guilty used minimization. However, that is only known from the outcome of the verdict. Based on those statements alone, it is not possible to determine if either caller tried to minimize personal involvement.

Investigators trying to determine minimization in 911 calls may run the risk of having a “confirmation bias,” or the tendency to take in new information only as it supports one’s original belief about the case. In fact, the authors found no differences between homicide offenders and uninvolved 911 callers in how likely they were to minimize their involvement by stating they were unsure of what happened to the homicide victim.13

Follow-up research found using this word to measure minimization did not differentiate between involved and uninvolved 911 homicide callers.15 A more recent study found the same thing — simply using “just” was not a discerning factor to help differentiate who may be involved in the murder because of how common it is (over 80% of both innocent and guilty 911 callers used the term). However, the true red flag was the frequency with which the caller said “just.” Those involved in the homicide used the word an average of four times during a 911 call, as compared with an average of 2.5 times for those not involved.16

Not wanting to focus solely on “just,” the researchers explored the frequency with which callers told the 911 dispatcher of their own location prior to discovering the dead body. The idea here is that homicide callers could misdirect the investigation and minimize their involvement by giving themselves an alibi. Sharing this information proved slightly more common with involved callers: 52% of the homicide offenders told the dispatcher about their own location prior to the incident as compared with only 36% of callers who were not involved in the death.17

On its face, the investigative value of 911 calls in homicide investigations cannot be overstated. A review of these calls can provide investigators with a wealth of information before they conduct a single interview. The words the caller chooses will often provide the who, what, where, when, and how details.

“ … the investigative value of 911 calls in homicide investigations cannot be overstated.”

Because 911 calls are voluntary and callers dictate what they see as important, their investigative value increases. Frequently, these calls are also free of contamination caused by the interpretation of nonverbal behavior by dispatch or first responders. Homicide 911 calls reveal many aspects of the scene from an audio perspective because they capture not only additional voices and sounds in the background but also words or phrases the caller may unintentionally mutter. If one is lucky, the 911 call may feature the internal dialogue of a caller, unknowingly spoken aloud. In its entirety, the recorded audio can provide law enforcement some sense of persons likely on the scene and perhaps their interactions, forensic evidence that should be recovered, and what the caller chooses as the most important pieces of information to convey to first responders.

Homicide investigators benefit from reviewing a 911 call in conjunction with visiting the scene or interviewing the caller. Deception may be more readily apparent if the scene does not match the information provided or the subsequent interview reveals inconsistencies in the caller’s behavior. Preparation for a follow-up interview with witnesses or suspects includes revisiting the call coupled with the initial statements at the scene. Even better, an additional investigator, prior to reviewing the case facts, could listen to and analyze the 911 call to allow for a potentially more unbiased review.

Overall, the evidence on voice modulation and minimization as appropriate indicators of deception in 911 calls is mixed, and these linguistic features should not be used on their own for evaluating veracity versus deception.

If one incorporates the studies of voice modulation in investigative interviews, evidence leans toward changes in pitch and intensity being more common during periods of deception. However, investigators must consider that a person’s reaction to traumatic events on a 911 call can differ greatly from that individual’s demeanor during an interview.

For minimization, investigators should focus on the frequency with which the word just is used, not the use of the word itself, for hints about a caller’s possible deception. If a caller provides information about their own location prior to finding the dead body, research across studies supports the likelihood that they are trying to minimize their involvement in the crime. However, if a caller reports uncertainty as to what occurred, this is not a valid indicator of deception.

The knowledge base about deception indicators in 911 calls is slowly developing, and, as such, future findings may provide different results. As homicide investigations move forward, detecting deception from the verbalizations gathered from 911 homicide calls is likely more fruitful if done by comparing statements in the call to the case facts, written statements, and interviews of the caller.

“The knowledge base about deception indicators in 911 calls is slowly developing, and, as such, future findings may provide different results.”

Supervisory Special Agent Opanashuk, an attorney and former prosecutor, serves in the FBI's Behavioral Analysis Unit-4 (Crimes Against Adults/ViCAP) in Quantico, Virginia. He can be reached at lopanashuk@fbi.gov.

Supervisory Special Agent Robins serves in the FBI’s Behavioral Analysis Unit-4 (Crimes Against Adults/ViCAP) in Quantico, Virginia. She can be reached at cjrobins@fbi.gov.

Supervisory Special Agent Merola serves with the Bureau of Alcohol, Tobacco, Firearms and Explosives and is assigned to the FBI’s Behavioral Analysis Unit-4 (Crimes Against Adults/ViCAP) in Quantico, Virginia. She can be reached at Melissa.A.Merola@usdoj.gov.

Dr. Craun is a former research coordinator in the FBI’s Behavioral Analysis Unit-5 (Research and Program Management) in Quantico, Virginia. She can be reached at scraun@ussc.gov.

Dr. Miller, the command forensic psychologist for the U.S. Army Criminal Investigation Command, provides consultation to the FBI’s Behavioral Analysis Units. She can be reached at michelle.l.miller232.mil@mail.mil.

Supervisory Special Agent Chancellor serves with the U.S. Army’s Criminal Investigation Command in Fort Bragg, North Carolina. He can be reached at arthur.s.chancellor.civ@mail.mil.