Focus on Ethics: The Power of Police Civility

The Power of Police Civility 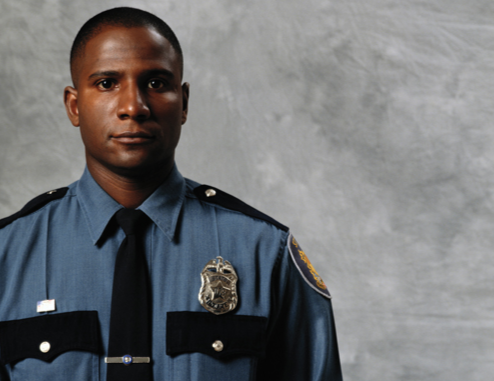 People refer to ethics with a certain level of reverence. Numerous subdescriptors define it and its systemic roots, especially when applied to policing. It touches all aspects of society. Academies present classes on ethics, and law enforcement personnel attend courses and seminars to ensure that their professional decorum remains intact and harmonious in concept and action. Officers abide by a code of ethics.1 Society scrutinizes and holds expectations of police conduct at a higher level than many other professions.

The ethical wheel has many spokes, including integrity, principles, values, morals, honesty, virtue, altruism, courage, character, and honor. While the contemporary pillars of ethics are taught and learned, mainstream theories and applications serve officers’ daily needs. Another spoke in the wheel—civility—often is overlooked and not on the list of most popular moral descriptors.

Often inconspicuous and overshadowed by professionalism, civility serves as a tangible application of professional standards where concept and theory become overt action. It represents a powerhouse of potential. Law enforcement organizations seeking to reduce personnel complaints, enhance public image, deliver a high level of public service, and increase the effectiveness of community policing must understand the power and potential of police civility.

Simply, civility entails treating others with respect; practicing good manners; and considering the feelings of other persons, their positions, and their situations. It represents self-disciplined behavior and patience with those who may not deserve it. Civility creates behavior that reduces conflict and stress and is void of self-interest.

Employee conflicts become healthy and productive with the application of civility. Sexual harassment cannot exist in a respectful, self-disciplined environment. Politicians dedicated to civil discourse will not use smear campaigns. Civility is right behavior that serves as an ethical sentry encouraging the prevention of and guarding against misconduct.

Civility differs from weakness. Practicing respectfulness does not mean officers must display extreme, overt kindness in all situations. As with the application of force, officers can use decorum subtly or with such depth that it can change a person’s life. This practice has existed for centuries.

As a 13 year old, George Washington based his Rules of Civility and Decent Behavior in Company and Conversation on the English translation of a French book on manners. The first rule of 110 reads, “Every action done in company ought to be with some sign of respect to those…present.”2

Dale Carnegie’s bestsellers, including How to Win Friends and Influence People, have sold more than 50 million copies in 38 languages. He bases his work largely on the practice of civility. In his Golden Book, Carnegie discusses the simplest components of decorum: smiling, controlling criticism, avoiding arguments, being sincere, demonstrating overt appreciation, listening, considering all opinions, seeing other people’s point of view, and sympathizing.3 Civility diminishes the gap between cliques, prevents divisional lines from becoming walls, and promotes healthy collaborative teamwork. One can imagine the value of officers and supervisors who exemplify these traits.

Common civility involves a driver slowing down to let a merging vehicle in the lane or a father who, despite his anger and frustration, resists cursing or yelling at a referee during a soccer game. It entails an act of kindness, such as helping a stranger change a flat tire, using patience and tolerance when not slamming the door in a solicitor’s face, or extending courtesy by not reading a text message in a movie theater.

Civility holds particular importance in law enforcement; when applied as a deliberate technique, the results can be amazing. Department leaders genuinely employing kindness in action can see morale increased, employees’ work becoming enjoyable, citizen complaints decreased, and a more community-friendly organization exemplified. Use of this simple trait may help decrease the use or abuse of sick leave and prevent valuable officers from looking elsewhere for employment. Top-down civility in police agencies cultivates teamwork, stronger relationships, and organizational advocacy. The application of decorum by ranking staff transforms line-level personnel from employees into stakeholders who matter, eliminating any “us and them” mentality.

Interdepartmental gossip, rumors, and verbal disparagement often comprise friendly banter and require little more than thick skin, an intact ego, and a quick wit for verbal defense. Such behavior coming from informal leaders, supervisors, or managers is different. It cuts deeper and has a dynamic adverse impact. This lack of civility takes place when joking becomes personal, turns into backstabbing, or does not stop. Individuals often internalize their negative feelings. Those who continue such verbal assaults may be unaware of the recipient’s silent frustration or latent anger. In law enforcement, civility is most powerful and best practiced first among each other.

“Civility creates behavior that reduces conflict and stress and is void of self-interest.”

As officers apply decorum, people view them as consistent, not fair one day and unfair the next, or unapproachable on Monday and angry and distant on Tuesday. Applied civility is free of hidden agendas, politics, and cliques. The expectations of civility-based leadership are transparent, lucid, and balanced. This creates a comfortable working environment.

A supervisor receives a suggestion for a new program, change in policy, or needed training and responds in a timely manner. This professional courtesy communicates the importance of the person and the suggestion. Sometimes, officers approach commanders or supervisors and converse with the side of a face while the person continues typing on a keyboard. The application of civility suggests that supervisors stop what they are doing and provide eye contact and full attention. This interpersonal communication personifies patience, respect, and tact and serves as a tangible component of civility.

Top-down police civility does not solve all of the unique issues faced by law enforcement. It can, however, result in positive changes and prevent adverse occurrences. Simple techniques and small tweaks often create bigger changes. When considering moral behavior, teaching leadership and ethics, or discussing professionalism, it is vital to consider civility and its unique qualities and add them to the repertoire. While understanding the power and potential of decorum is important, the small, collective, everyday applications of civility have the power to bring about real change.

1 The International Association of Chiefs of Police (IACP) first developed a code of ethics in 1957. This code was revised at a conference in Louisville, KY, on October 17, 1989. In October 1991, IACP members unanimously voted to adopt the code. Retrieved from http://www.ehow.com/ about_6331687_law-enforcement-code-ethics_.html#ixzz1qzVqbHOR (accessed April 3, 2012).