Focus on Media Relations: A Recipe for Success with News Outlets

A Recipe for Success with News Outlets 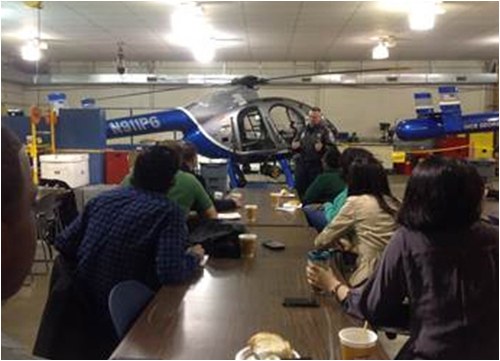 A large police department is finding a simple idea successful—breaking bread with media members who cover it each day. Twice each year the Prince George’s County, Maryland, Police Department’s (PGPD) Media Relations Division (MRD) hosts a media breakfast. Reporters and assignment editors sit down for a meal with the agency’s chief and executive command staff. Of course, PGPD provides food, but, more important, its personnel share positive stories about the agency and build mutually beneficial relationships.

MRD has hosted these breakfasts since 2012. In years past many personnel felt that PGPD did not get adequate coverage in the news. With a focus on transparency, the agency has transformed its relationship with the media. Two former journalists lead MRD with a commitment to ensure that the various media outlets report PGPD’s news fairly and accurately. The MRD team knows there is a wealth of positive, impactful stories to tell about the department.

As PGPD officials hoped and anticipated, media personnel covered the stories. Representatives from one major newspaper have planned to participate in a ride along with the K-9 Unit, one television station featured a story about the upcoming Young Adult Citizens Police Academy, and a leading radio station highlighted PGPD’s new aviation technology. Not only did the agency benefit but the community enjoyed positive stories about its police department.

The media breakfast’s face-to-face interaction did more than facilitate beneficial news stories. It helped foster a strong, respectful relationship between PGPD and the media. Of course, from time to time the news about the department will be negative. In those instances the agency will address concerns transparently. But, the breakfast allowed personnel to interact with media representatives in a relaxed atmosphere, shake hands, and put faces to names. This interaction put PGPD in a position to raise concerns about a particular story to a news director or ask a reporter to hold a report that could jeopardize an ongoing investigation.

Media representatives seemed to enjoy the breakfast meeting, as well. Most of the reporters and assignment editors lingered after it ended to chat with the command staff and members of MRD. Attendees sent several complimentary tweets. One well-respected veteran from the Washington, D.C., news market commented that more police departments should follow PGPD’s lead and invite the media to similar meet-and-greet events. Hopefully, other law enforcement agencies will. 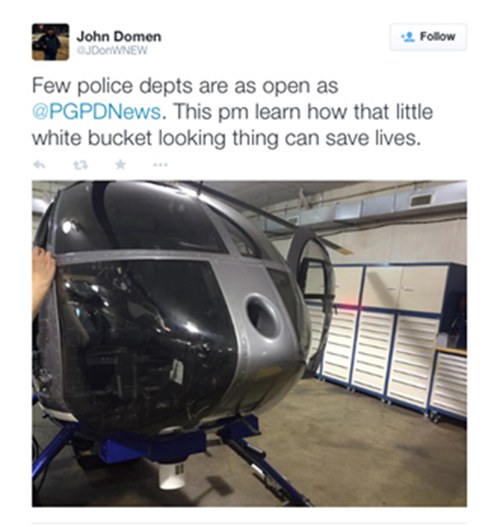 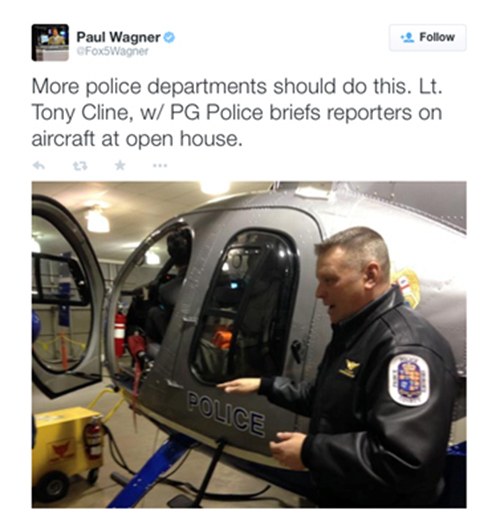 Ms. Cotterman is the media relations division deputy director with the Prince George’s County, Maryland, Police Department and can be reached at cmcotterman@co.pg.md.us.