Psychopathy is a well-known concept in the discussion of criminal behavior. Members of the law enforcement community, media, and general public often quickly label an individual a psychopath when hearing tales of violent crime, serial killing, financial scandal, and public corruption. While people must take caution when labeling someone too hastily based on limited information, officers find investigative value in identifying behavior indicative of psychopathy. Quite simply, they can combat crime more effectively when knowing the offender. 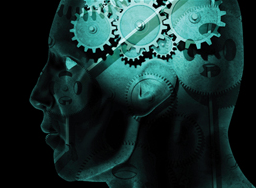 Although associated with aggressive and antisocial actions, psychopathy differs, in general, from criminal behavior. Not all psychopaths are criminals. However, some are, and their criminal behavior is predatory in nature. People often describe these individuals as charming, manipulative, and without conscience. Although they make up only 1 percent or so of the general population, psychopaths commit a disproportionate amount of serious and violent crime. This illustrates why identifying psychopathic behavior proves critical to an investigator’s mission.

Knowing and understanding an offender’s personality traits can help officers develop appropriate strategies for complex and unusual investigations. To this end, comprehending an offender’s psychopathy becomes critical in a serial murder, rape, or child abduction case. Crime scene and postoffense behavior of the psychopath likely will differ from that of nonpsychopaths committing similar offenses. These differences can help law enforcement link serial investigations. While preparing interview strategies, investigators benefit when they recognize their offender as a psychopath because certain themes may prove unsuccessful. While psychopaths present challenges to officers, they also possess personality traits that law enforcement can exploit successfully.

A clear and concise discussion of psychopathy can lead to a greater understanding of the challenges associated with these offenders. Further, this knowledge can promote and enhance cooperation between law enforcement entities to successfully combat the devastating effects criminal psychopaths have on society. To this end, the FBI can offer assistance and expertise.

The Training Division’s Behavioral Science Unit (BSU) provides education in various topics in the behavioral sciences to law enforcement executives from around the world who attend the FBI’s National Academy. Instructors also train new FBI agents, onboard employees, and state and local law enforcement partners through road schools across the country. In addition to their teaching duties, BSU members conduct research, host conferences, and write articles for publication on topics of importance to law enforcement to advance the field of knowledge in the behavioral sciences.

I am honored by the invitation to write an introduction to this focus issue of the FBI Law Enforcement Bulletin. I have spent my career conducting basic and applied research on psychopathy, a vitally important clinical construct. The academic view of psychopathy resonates seamlessly with those who work in the criminal justice system and routinely encounter people who embody the traits and behaviors that define this condition.

Psychopaths—perhaps 1 percent of the general population and 10 to 15 percent of offenders—are manipulative, deceptive, self-centered, lacking in empathy and guilt, callous, and remorseless. They present a serious challenge to everyone involved with criminal justice, including officers and investigators; judges, prosecutors, and defense attorneys; probation officers; corrections personnel; and psychologists, psychiatrists, and social workers. For more than three decades, I have had the pleasure of discussing the nature and implications of psychopathy with these groups. But, I derive particular satisfaction from working with those in the front line of law enforcement because they must face head-on the likelihood that some of the people with whom they deal are psychopathic. The consequences of these encounters always are uncertain and sometimes dangerous.

Most law enforcement officers learn quickly about the varieties and vagaries of human nature, and many have the experience and intuitive skills needed to guide their evaluations and interactions with the public. On the other hand, it is not uncommon for even the most astute officers to operate under the mistaken belief that others think and feel much as they do and to become the target of manipulation by one who is more skilled at playing head games. When officers do not know or suspect psychopathy during first contacts with individuals, the results can prove deadly, as Anthony Pinizzotto, Edward Davis, and Charles Miller III first showed in their 1992 publication Killed in the Line of Duty: A Study of Selected Felonious Killings of Law Enforcement Officers.1 This also can prove problematic during criminal investigations, undercover work, hostage negotiations, and interrogations, in which assumptions about the personality of a suspect may help determine strategies and tactics. In cases that involve white-collar crime, investigators also may feel frustrated and helpless when dealing with a system that seems to favor or fail to recognize the manipulative skills of psychopaths.

While welcome, the dramatic increase in awareness of the importance of psychopathy to the criminal justice system brings with it the need for caution. The emergence of media and other “experts” with little relevant formal training or experience has accompanied the popularity of movies and television dramas featuring criminal investigation and profiling. Unfortunately, the same holds true with respect to psychopathy and law enforcement. Authorities need to understand and refer to psychopathy properly, and those who provide training and consultation on the implications of psychopathy for law enforcement must have the credentials to do so. However, while qualified clinicians hold the responsibility for the formalassessment of psychopathy, those in law enforcement should continue to use their training, experience, and knowledge of psychopathy to generate hypotheses about the individuals they encounter. Simply recognizing that the behaviors and inferred traits of an individual seem consistent with psychopathy may prove useful in identifying effective investigative and interviewing strategies. In some cases, these informal impressions and evaluations may lead to requests for clinical assessments.

Over the years, I have had the honor and privilege of interacting and working with many outstanding experts in the FBI’s Behavioral Analysis Unit and at the FBI Academy. Many have contributed to this focus issue, which realizes a dream that retired Supervisory Special Agent Mary Ellen O’Toole, Special Agent George DeShazor, and I had a decade or so ago. We thank the staff of the FBI Law Enforcement Bulletin for helping make this material available to the law enforcement community. I hope that the articles and information contained herein will motivate readers to dig more deeply into the theory and research on psychopathy. An up-to-date and downloadable list of publications on the topic is maintained at my website http://www.hare.org.