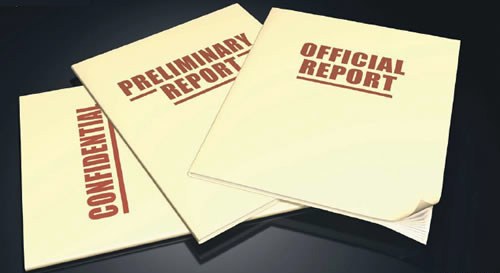 As you complete your midnight shift, you know that your department’s policy states that you must finish your paperwork before securing from duty. As usual, it was a busy night, and, to top things off, you were involved in a foot pursuit that resulted in the use of force and an injury to the suspect. Fighting to stay awake, you fill out your agency’s use-of-force report, turn it in, and head home for some well-deserved sleep.

Because of a great deal of scientific research on human memory, you should not be surprised to find that you have made errors in your use-of-force report. If you are lucky, these will be insignificant and easily corrected. Unfortunately, such errors could lead to accusations of untruthfulness, internal investigations, and even potential civil or criminal prosecution.1

Overconfidence in the accuracy of their own recollections leads most people to automatically assume that mistakes in another’s recall of events stem from dishonesty, rather than memory errors. This belief, however, can have a devastating impact on the reputation of an officer who reported a use-of-force incident incorrectly due to faulty memory recall.

The best way to deal with this problem is to avoid it in the first place by taking advantage of the vast amount of research conducted in the area of human memory. The law enforcement community and the courts have accepted and implemented many of these principles. While procedures, such as sequential lineups and the cognitive interview technique, have helped ensure the accuracy of the information provided by witnesses, law enforcement officers have received little training in methods to help them recall events as accurately as possible. Even more troubling, the procedures of many agencies often increase the likelihood of memory errors by officers.

A recent report by the British Psychological Society defined a traumatic event as “a situation in which the individual experienced, witnessed, or was confronted with actual or threatened death, serious injury, or the threat to the physical integrity of self or others.”3 The report included physical assault as one example of a typical traumatic event that could negatively impact memory, stating that “it is common that other parts will be more vague, have some gaps, in jumbled order, and possibly contain inaccuracies.” By this definition, many, if not most, use-of-force incidents could be considered a traumatic event and carry the implications of possible memory distortions.

Additional research in this area also has shown that people’s memory can be affected by exposure to high levels of stress. One study reported that “evidence that eyewitness memory for persons encountered during the events that are personally relevant, highly stressful, and realistic in nature may be subject to substantial error.”4 Based on relevant research, it is clear that when report-ing use-of-force incidents, officers need to be aware of circumstances that can lead to memory distortions.

Because officers are reporting an event where they may have some difficulty in completely and accurately recalling all details of the incident, they should enact procedures that help facilitate accurate memory. By following three basic procedures, agencies can enhance officers’ memories resulting in more accurate and detailed use-of-force reports. This not only benefits officers by avoiding the trouble associated with an erroneous use-of-force report but it saves their agencies the time and money associated with conducting internal investigations.

Many agencies require officers to complete all of their paperwork prior to securing at the end of their shift. While not always an issue, this policy can create significant problems in some circumstances. Research has found that people have a higher rate of false memories when suffering from sleep deprivation at the time of memory recall.5

While requiring sleep-deprived officers to complete and submit an alarm report or an accident report before the end of their shift may not have any serious repercussions, having them meet the same requirement on a use-of-force report constitutes another matter entirely. Use-of-force reports are routinely reviewed by a number of different personnel. An officer’s immediate supervisor, higher-level commanders, internal affairs personnel, and even defense attorneys may have access to this document. Such scrutiny makes it imperative for officers to get it right the first time.

Few persuasive arguments exist as to why use-of-force reports cannot be done later. Obviously, if situations arise where officers will be away from work for a significant period of time, their departments must arrange to get the reports completed. However, this should be the exception, rather than the rule. Also, under these circumstances, it should not negatively reflect on the officers if any reasonable corrections are needed. By taking the simple step of allowing officers to complete their use-of-force reports at the beginning of their next shift, supervisors can increase the accuracy of the documents.

Most use-of-force incidents are dynamic and constantly evolving. They may cover a large geographical area, such as during vehicle pursuits, or they may involve an extended period of time in stand-off or barricade situations. They also may include both time and space in such cases as police K-9 searches. Regardless of the circumstances, a large number of important details will occur in the course of the encounter that officers may have difficulty recalling later.

Research has shown that humans have difficulty accurately recalling details involving spatial memory.6 Add to that the stress involved during the use of force and it becomes easy to understand why officers may experience memory distortion when recalling the details of these encounters.

When possible, officers should return to the location of the incident. Such action often provides a number of memory triggers, enhancing the accuracy of their recollections. It also allows officers to get an exact picture of the physical environment under stress-free conditions. The actual distance that they were standing from a doorway or streetlight may not register as significant while they were chasing or fighting with a suspect. However, during a walk-through, they can pay attention to these types of details. During the initial encounter, breaking concentration to focus on specifics of this nature could have fatal consequences for officers.

The cognitive interview technique or similar methods have become widely accepted by the law enforcement community. These encourage witnesses to tell their story in its entirety with little or no interruption. Interviewers then ask follow-up questions as needed. Without interruption, the witnesses can concentrate and possibly provide information that the interviewers otherwise may not have discovered. Such a process also avoids memory distortion due to leading questions or random searches of the witnesses’ memories.

Unfortunately, many use-of-force reports violate this principle by requiring officers to check a box or select from a list of options regarding decisions made throughout an event. The forms often force them to mentally jump around from one part of the encounter to another. A typical use-of-force report may ask for the suspect’s actions first and then the officers’ responses. It may give a list of options to choose from and then a space to elaborate as needed. While these forms help with data collection, they leave much to be desired when it comes to getting a complete and accurate account of a use-of-force incident.

To enhance the accuracy of use-of-force reporting, agencies should follow the principles of the cognitive interview technique. Before starting the use-of-force report, officers should write out the entire story from beginning to end, including all of the information surrounding the event. Once they have completed the write-up, they can use it as a reference when filling out the use-of-force form. This will help negate the memory errors that can be caused by jumping around in the recounting of the incident.

Some may consider this duplication of effort a waste of time. Reporting a use of force is not the time to cut corners to save a few minutes. After all, an extra 10 or 20 minutes of effort ensuring accuracy in reporting officers’ actions may save weeks or months of stress and headaches.

If law enforcement officers apply three basic recommendations—get some sleep, conduct a walk-through, and write out the complete incident—they can minimize the effects of memory distortion when reporting their use-of-force actions. After all, their agencies spend a great deal of time and money on training with the goal of producing proficient and professional personnel. Another goal of this training is to avoid potential lawsuits. While a great deal of this training is time consuming and expensive, implementing these procedures costs nothing and can help achieve these goals.

“To enhance the accuracy of use-of-force reporting, agencies should follow the principles of the cognitive interview technique.”