Focus on Report Writing: Old Habits Can Hold Officers Back

Old Habits Can Hold Officers Back 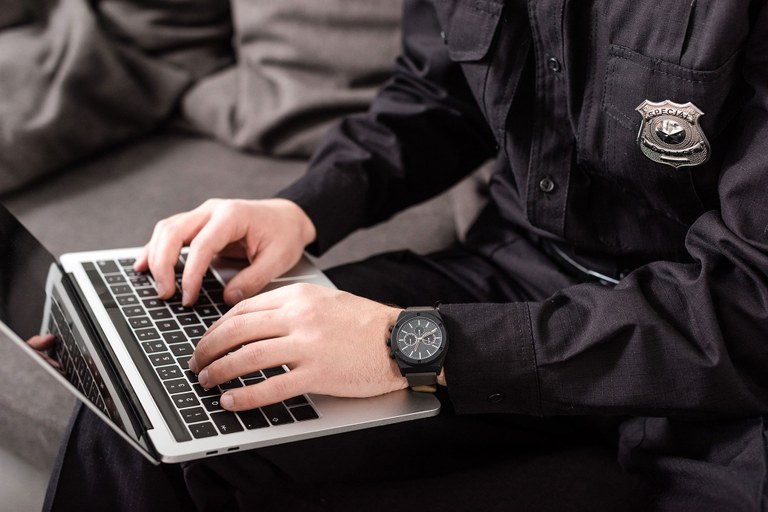 Habits allow individuals to save time and operate more efficiently at home and on the job. When people do not have to stop and think about routine actions, such as brushing their teeth, activating a turn signal, or starting a sentence with a capital letter, their brains can focus on other matters. Such routines serve as a kind of autopilot that simplifies persons’ lives.

However, habits also can prove counterproductive. Life consists of change, and often it no longer makes sense to continue performing a task the same way. Advancements in technology and the development of new products can make old practices unnecessary.

For instance, in the past people commonly ironed wrinkled clothes when they came out of the dryer. That made sense. Many individuals took a long time to break this habit when permanent press clothing became available. It seemed counterintuitive for them to put a shirt or dress on a hanger immediately after cleaning.

Similarly, law enforcement agencies have many proud traditions that honor the achievements, heroism, and sacrifices of police officers over the years. However, they no longer need some long-held customs pertaining to report writing.

The traditional introductory sentence in a police report serves as an appropriate example. In years past, officers wrote their reports on plain sheets of paper. Academies instructed them to begin every report with a “5W” sentence—beginning with who, what, when, where, and why. This lengthy sentence documented the officer’s name and serial number, as well as the location, time, and nature of the call. That practice was useful and made sense.

Today, most officers generate reports on laptops with dedicated fields for typing in the 5W facts, but many still include a long introductory sentence. “It’s the way we’ve always done it.” Yes, but it proves inefficient to include the same facts twice. Officers can simplify paperwork that consumes significant amounts of their time.

Some writing habits have questionable origins and should not be practiced. For instance, officers may fear using I and me in a report. They sometimes use clumsy workarounds, such as writing “this officer.” Others employ passive voice: “A baseball bat was seen in a corner of the living room.”

These habits reflect a time when law enforcement agencies mistakenly thought that using I and me could cast doubt on an officer’s credibility. However, officers always have used I and me when testifying in court. Credibility is rooted in character, not grammar. Changing language habits will not transform a dishonest person into a truthful one.

For instance, an officer questions two suspects about a stolen car. The first one says, “I didn’t steal that car.” The second one uses passive voice: “That car wasn’t stolen by this person.” Does the first person appear guilty because of saying “I”? Of course not.

The habit of using passive voice has minimal purpose. Further, this writing style can cause serious problems because it omits the name of the person who performed an action—information that might be important in an investigation or court hearing.

Visiting different agencies and reading several randomly selected police reports would reveal that many of them contain a passive voice sentence in the “disposition” section near the end. “The suspect was transported to jail.” “The victim’s injuries were minor and treated at the scene.” “The plastic bag and roll of bills were logged into the evidence room.”

“Some writing habits have questionable origins and should not be practiced.”

Pertaining to such reports, a question may arise regarding the transport, medical treatment, or evidence. They would offer no record of who did what. This could result in embarrassment for the department and possible confusion and postponements if a court hearing occurred. Every sentence in a report should begin by identifying the person who performed the action: “I transported the suspect to jail.” “Fallon’s injuries were minor, and EMTs treated her at the scene.” “Officer Kelly logged the plastic bag and roll of bills into the evidence room.”

Many officers overuse advise, not realizing that the same potential pitfalls exist: “She advised me that she heard a loud bang at 2 a.m.” “He advised me that he returned home from work at 5:30.” Advise means “counsel” or “suggest” to the average person. At best, the use of advise can create confusion when someone not trained as a police officer reads the report. At worst, substituting advise for tell or told can have disastrous results.

For example, a police report from a use-of-force investigation notes that the officer “advised the suspect to drop a knife.” But, instead of complying, the individual held onto it. Later, a defense attorney could argue that the suspect was never ordered to drop the knife—it was just a suggestion or friendly advice from the officer. Conversely, “I told Wiggins to drop the knife” is a clear and strong statement, but many police officers are reluctant to use simple, straightforward language when composing reports. They argue, “That’s not how police officers write.”

Old habits are hard to change. Some veteran officers may feel reluctant to write a more modern report. Patience, persistence, and encouragement from supervisors can ease the transition process. It also proves helpful for supervisors to remind personnel about the benefits of sensible writing habits, as well as avoidance of some of the potential problems associated with old fashioned report writing practices. When officers write reports more efficiently and with greater clarity, everyone benefits—the agency, officers, and the public they are sworn to protect.

“Patience, persistence, and encouragement from supervisors can ease the transition process.”

Dr. Reynolds retired as an English professor and currently manages a website dedicated to police report writing. She can be contacted at jreynoldswrite@aol.com.