School Shooters Can Be Stopped: A Valuable New Resource

School Shooters Can Be Stopped: A Valuable New Resource 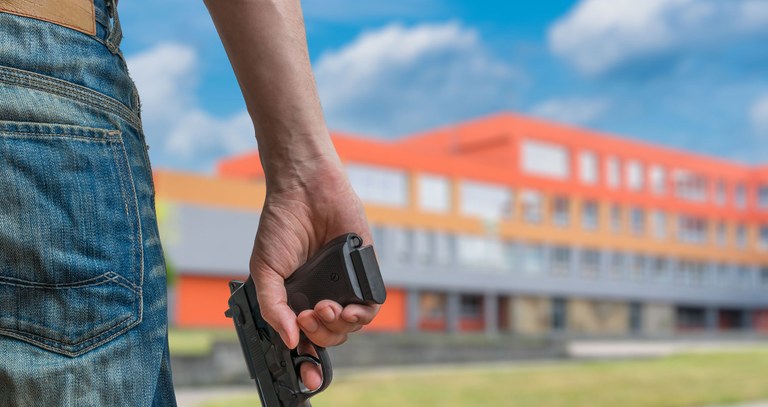 In the 20 years since Columbine, one of the biggest prevailing myths is that school shootings are unavoidable because no one ever sees them coming.

“Twenty years of law enforcement and behavioral research shows this is not the case,” said Kerry Sleeper of the FBI’s Office of Partner Engagement, “so the FBI launched the Partnering to Prevent School Attacks initiative to demonstrate that even though school shooters don’t fit an exact profile, there are warning signs we can heed and things we can do to prevent school violence.”

The initiative centers on the half-hour “Echoes of Columbine” documentary, meant for law enforcement agencies to share with their respective communities.

After a brief introduction from International Association of Chiefs of Police president Paul Cell, who collaborated on the video, “Echoes of Columbine” delves into the mind-set of potential shooters.

According to John Wyman of the FBI’s Behavioral Analysis Unit, two important issues for those who resort to violence are low resiliency and a lack of coping skills in the face of life stressors, some of which can be significant. “For these individuals, when bad things happen, whether real or perceived, they internalize them, stew over them, and can’t let it go,” he said.

As grievances add up, violence becomes an appealing means for “righting wrongs” and “correcting” perceived injustices. “It’s also a way to exert control or dominance over those they believe have offended them,” Wyman said.

He added that largely this is an internal process, but there are signs to look for, and research shows that early recognition can greatly aid prevention. “Almost all shooters turn to prior attacks for guidance and inspiration,” he said. “They might read books, watch videos, or seek out manifestos left by prior shooters.”

Other signs include increasing depression, hopelessness in resolving problems, or even talk of suicide. Changes in behavior are another tip-off. For instance, individuals may display impulsiveness, aggression, recklessness, or a sudden interest in firearms or explosives.

“…one of the biggest prevailing myths is that school shootings are unavoidable….”

There also is “leakage,” Wyman said, as an individual moves from ideation to action. “These individuals might talk to others about acting out or post those sentiments on social media,” he said. “You might see school assignments, such as journals, freewriting, or a video project, that show persistent fantasies of violence or that feature a character who takes revenge on others.”

Though there are other potential warning signs, Wyman cautioned that none should be taken in isolation. “When a pattern begins to emerge,” he said, “it’s important to pay attention.”

Wyman also addressed why people who see the signs do not always come forward. “Three of the biggest reasons are doubt, rationalizing the behavior as ‘just talk’ or ‘just a bad day,’ and a natural resistance to stigmatizing students or meting out a punishment that could last the rest of their lives.”

For this reason, the second half of “Echoes of Columbine” stresses the importance of a multidisciplinary threat-assessment-team approach in schools, which Wyman said must include educators, law enforcement, and behavioral health professionals to be effective.

“When you have such a team, people feel confident when they report concerning behavior that there’s an entity equipped to handle it in a way that looks out for the best interest of an at-risk student,” he said.

Sleeper also pointed out that a threat-assessment team with a clear mitigation strategy shifts law enforcement from the less effective, reactive approach of responding after an incident to proactive prevention. To support this proactive stance, “Echoes of Columbine” presents multiple recommendations, including easier ways for communities to tip off law enforcement and threat-assessment models that communities can adopt.

“These strategies are ones proven successful in schools across the country,” Sleeper said, “and our vision is that by getting law enforcement partners into schools to talk with administrators, it will not only help mature their prevention programs but also foster an atmosphere where reporting concerning behaviors early is instinctive.”

“If the last 20 years of research have shown us anything,” he said, “it’s that tips are critical to heading off a potential tragedy, and the earlier we get them, the better.” 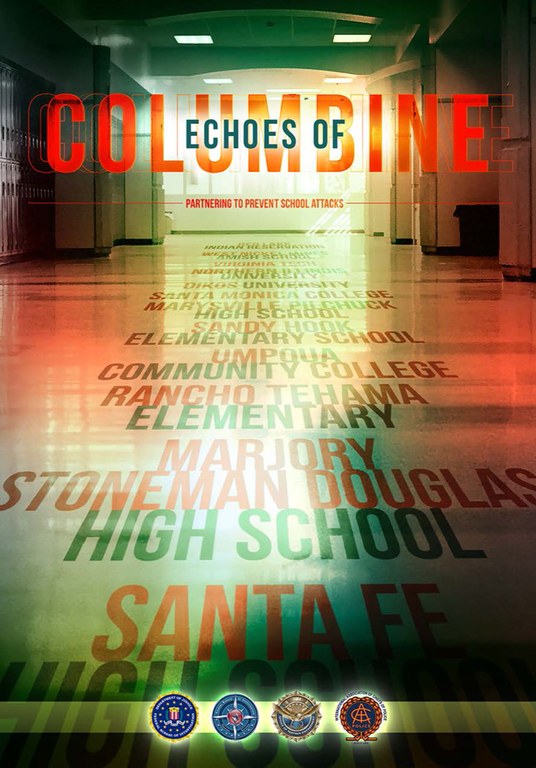 “Echoes of Columbine” is available on the Law Enforcement Enterprise Portal (LEEP) under “active shooter” resources. DVDs may be requested from the community outreach specialist at local FBI field offices.