Legal Digest: You Have to Speak Up to Remain Silent - The Supreme Court Revisits the Miranda Right to Silence

You Have to Speak Up to Remain Silent

The Supreme Court Revisits the Miranda Right to Silence 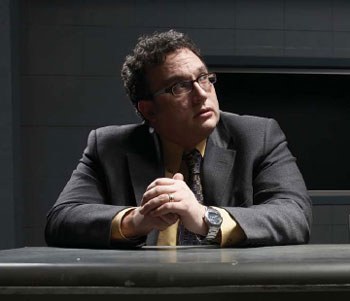 Forty-four years ago, the U.S. Supreme Court handed down one of its most famous decisions— Miranda v. Arizona.1 In Miranda, the Court addressed the application of the Fifth Amendment privilege against self-incrimination to in-custody interrogations and attempted “to give concrete constitutional guidelines for law enforcement agencies and courts to follow.”2 Miranda has become embedded in routine police practice to the point where the warnings have become part of our national culture,”3 the practical application of Miranda continues to be debated and refined. This article focuses on the Supreme Court’s most recent decision in this area, Berghuis v. Thompkins, which was decided on June 1, 2010, and shines new light on issues surrounding both the invocation and waiver of the Miranda right to remain silent.4 Despite these guidelines and the fact that “

In Miranda, the Court held that “the prosecution may not use statements [...] stemming from custodial interrogation of the defendant unless it demonstrates the use of procedural safeguards effective to secure the privilege against self-incrimination.”5 The procedural safeguards mandated by the Court are a specific set of warnings that must be given to individuals who are in custody and subject to interrogation.6 As one modern textbook explains, “The formula should be as easy as 1 + 1 = 2; that is, ‘custody’ + ‘interrogation’ = the requirement that Miranda warnings be given.”7

Once the warnings have been given, subjects must waive their rights before making any statements that can be used against them at trial, or, in the alternative, subjects may invoke the right to silence, the Miranda right to counsel, or both. Once either or both of these rights are invoked, all questioning of subjects must cease. “Although the rule seems straightforward enough, a number of issues arise in cases regarding the application of Miranda that typically hinge on the meaning of [the] terms: custody, interrogation, warning, [invocation] and waiver.”8 Berghuis is one of these cases.

As we will see, the issue in Berghuis is not whether the subject was in custody or whether appropriate warnings were given. “The dispute centers on the response—or nonresponse— from the suspect” once the warnings were given. More specifically, in Berghuis, the Court refines the meaning and scope of an invocation and waiver of the Miranda right to silence.

Special Agent Rudd is a legal instructor at the FBI Academy.

In Berghuis, Van Chester Thompkins was arrested in Ohio for a shooting that occurred approximately 1 year earlier in Southfield, Michigan. While in custody, Thompkins was questioned by two detectives in a police interview room. At the beginning of the interrogation, the detectives presented Thompkins with a general set of Miranda warnings.9

To make sure Thompkins could understand English, one of the detectives asked Thompkins to read a portion of the warnings out loud, which he did. Thereafter, the detective read the rest of the warnings to Thompkins and asked him to sign the form, indicating that he understood his rights. Thompkins refused to sign the form, and the officers began interrogating Thompkins. “At no point during the interrogation did Thompkins say that he wanted to remain silent, that he did not want to talk with the police, or that he wanted an attorney.”10

With the exception of some minor verbal responses and limited eye contact, Thompkins remained silent for most of the 3-hour interview. Approximately 2 hours and 45 minutes into the interrogation, one of the detectives asked Thompkins if he believed in God. Thompkins said that he did. The detective then followed up by asking Thompkins if he prayed to God. Thompkins said, “Yes.” The detective then asked, “Do you pray to God to forgive you for shooting that boy down?” To which, Thompkins answered, “Yes.” Thompkins refused to make a written statement, and the interrogation ended.11

Thompkins filed a motion to suppress the statements he made during the interrogation and claimed that his Fifth Amendment right to remain silent had been violated. The trial court denied the motion, and Thompkins’ admission was used against him at trial. Thompkins was convicted of first-degree murder and sentenced to life in prison without parole.

However, Justice Kennedy, in writing the majority opinion, explained that Thompkins’ mere silence in the face of questioning was not a clear and unambiguous invocation of his right to remain silent.15 The Court noted that, unlike its earlier ruling in Davis v. United States regarding the invocation of the Miranda right to counsel, it never had defined whether an invocation of the right to remain silent must be unambiguous. In Davis, the defendant initially waived his Miranda rights and was interrogated for 90 minutes before saying, “Maybe I should talk to a lawyer.” The Court held that if a subject is unclear, ambiguous, or equivocal in requesting a lawyer, officers can ignore the reference and proceed with the interrogation.16

Thompkins next argued that absent an invocation of his right to silence, his statements still should be suppressed because he never adequately waived his right to silence. Two portions of the original Miranda decision seem to tilt the scale in Thompkins’ favor on this issue. First, the Miranda Court said, “a valid waiver will not be presumed simply from the silence of the accused after warnings are given or simply from the fact that a confession was in fact eventually obtained.”18 Additionally, “a heavy burden rests on the government to demonstrate that the defendant knowingly and intelligently waived his privilege against self-incrimination....”19

“The procedural safeguards mandated by the Court are a specific set of warnings that must be given to individuals who are in custody and subject to interrogation.”

However, the Supreme Court has clarified its position with respect to the waiver since the Miranda decision. The impact has been to keep Miranda focused on the right to refrain from speaking and to consult with an attorney. As the Court in Berghuis noted, “The main purpose of Miranda is to ensure that an accused is advised of and understands the right to remain silent and the right to counsel….20 Thus, ‘if anything, our subsequent cases have reduced the impact of the Miranda21 rule on legitimate law enforcement while reaffirming the decision’s core ruling that unwarned statements may not be used as evidence in the prosecution’s case in chief.’”

Two cases clarify the Supreme Court’s position with respect to waiver—Colorado v. Connelly22 and North Carolina v. Butler.23 In Colorado, the Court explained that the “heavy burden” in Miranda requires that the prosecution prove waiver by a mere “preponderance of the evidence” standard.24

With regard to the Butler opinion, Justice Kennedy noted in Berghuis that “the Court in Butler therefore ‘retreated’ from the ‘language and tenor of the Miranda opinion,’ which ‘suggested that the Court would require that a waiver…be ‘specifically made.’” In Butler, the defendant was arrested for armed robbery, kidnapping, and assault. FBI agents then provided him with Miranda warnings. Once the agents were satisfied that the subject understood his rights, he was told that he did not need to speak with the agents nor did he need to sign the Miranda form. The defendant declared, “I will talk to you but I am not signing any form.” He then made several incriminating statements. The Court, in Butler, allowed for the use of these statements against the defendant at trial. In Berghuis, the Court stated, “Butler made clear that a waiver of Miranda25 rights may be implied through ‘the defendant’s silence, coupled with an understanding of his rights and a course of conduct indicating waiver.’”

“...police officers are not required to obtain a waiver of a defendant’s right to remain silent before beginning an interrogation.”

Initiation of Interrogations Without a Waiver

Finally, Thompkins argued that even if his answer to police questioning constituted a waiver of his right to remain silent, “the police were not allowed to question him until they obtained a waiver first.” The majority disagreed and noted a direct conflict between Thompkins’ argument and the Court’s earlier ruling in Butler, which allows courts to infer a waiver from a subject’s actions: “This principle would be inconsistent with a rule that requires a waiver at the outset.”27

The Court further noted practical reasons why a waiver should not be required for an interrogation to begin. “Interrogation provides the suspect with additional information that can put his or her decision to waive, or not to invoke, into perspective. As questioning commences and then continues, the suspect has the opportunity to consider the choices he or she faces and to make a more informed decision, either to insist on silence or to cooperate.”28

In the end, the Court explained that “the primary protection afforded suspects subject to custodial interrogation is the Miranda warnings themselves.”29 “The Miranda rule and its requirements are met if a suspect receives adequate Miranda warning30, police may interrogate a suspect who has neither invoked nor waived his or her Miranda rights.”31

Berghuis is the latest in a line of Supreme Court cases that attempt to clarify the parameters and provide practical guidance to law enforcement officers and the courts regarding the procedural safeguards first promulgated in Miranda. In summary, the Berghuis Court held that 1) a custodial subject’s invocation of the Miranda right to silence must be unambiguous. Mere silence, even for an extended period of time, does not constitute an invocation of the right to silence. 2) A custodial subject’s waiver of the right to silence may be implied— once a subject has been sufficiently “Mirandized,” merely responding to an interrogator’s questions could be considered a waiver of the right to silence.32 And, 3) police officers are not required to obtain a waiver of a defendant’s right to remain silent before beginning an interrogation. Under this new ruling, it is clear that subjects will have to speak up if they truly want to remain silent.

“...if a subject is unclear, ambiguous, or equivocal in requesting a lawyer, officers can ignore the reference and proceed with the interrogation.”