Characteristics of an Ideal Police Officer 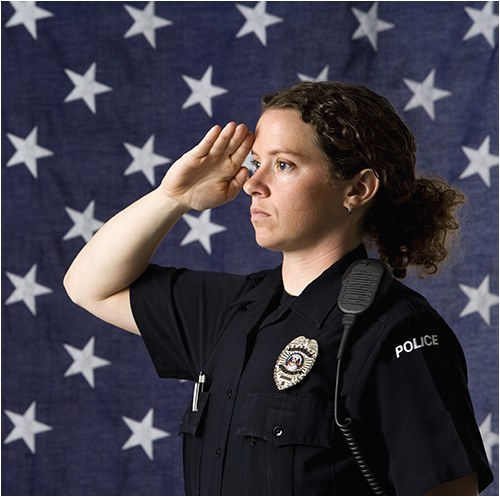 Anyone involved in hiring police officers knows the challenges associated with success in these efforts. To this end background investigations prove crucial, although potentially time consuming and costly. Successful ones rely on a clear understanding of what knowledge, skills, and traits applicants should possess. This allows for a focused background investigation leading to the selection of the most qualified applicants. Of course, traditional criteria, such as honesty, financial responsibility, stable employment history, and a clean police record, still hold importance and warrant thorough consideration. However, 10 other factors prove crucial to a police officer’s success.

Officers must have the zeal to fight crime. Although much police work does not specifically address illegal acts, crime can cause major problems in communities and create social unrest. Law enforcement personnel need to remain aware of chances to discover such issues and act accordingly.

Perhaps, the traffic contact provides the most common opportunity for police officers to uncover crime today. Some officers may conduct traffic stops and focus only on the specific violation while not paying attention to the actions of the driver or occupants and what they may portend. Equally unacceptable, an officer may not visually inspect the interior of the car for obvious criminal violations. Such personnel are preoccupied with getting credit for issuing the ticket. Traffic enforcement is an important function in policing, and properly executing it also can help reveal more serious criminal offenses.

Additionally, officers need to remain aware of crime trends and patterns in their patrol and surrounding areas and at least partially direct their activities based on this data. Just as the manufacture of illegal drugs has precursors, looming criminal conduct has behavioral predictors. For instance, a man and woman arguing could indicate potential family violence, a dispute between a customer and store employee may lead to assault, and, of course, someone casing a business could reveal criminal intent. The important point is that the officer observing these situations must take the initiative to intervene and uncover crime. Applicants without prior police experience may have demonstrated initiative in their civilian jobs.

Ferreting out crime and criminals may “ruffle feathers.” This does not mean the officer did anything wrong, only that someone did not like it. 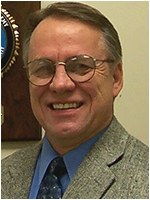 Law enforcement personnel must strive to behave ethically—to do the right thing. They must commit to proper principles and values as guides to their actions and adhere to the Constitution and pertinent statutory laws. The pursuit of ethical behavior never ends. Police administrators, managers, supervisors, and, most important, patrol officers should consider the promotion of ethical behavior a top concern.

When responding to calls, law enforcement personnel often have backup officers to hold them accountable. With a strong sense of ethics, personnel can ensure that their colleagues do not succumb to the pressures of the incident and violate ethical standards. A former deputy chief of the Los Angeles, California, Sheriff’s Office asserted that officers must have the courage to intervene and protect their colleagues from crossing inappropriate boundaries.1 In short, personnel must look out for each other.

3) Respect and Knowledge of Laws

Police applicants must know and adhere to federal and state laws. The Constitution serves as the founding legal document and provides the basic parameters of much of the activity of law enforcement personnel. It is not negotiable. Officers should appreciate this fact and conduct themselves accordingly. Although they may find it challenging, as custodians of the Constitution police officers must respect its boundaries.

Pertinent state laws work hand in hand with the Constitution. If applicants have attended the basic police academy, they should have solid working knowledge of criminal laws and procedures. Clearly, new officers have a lot to learn, but veterans seeking a new department should demonstrate thorough legal knowledge. The legal arena consumes a large portion of the police officer’s work environment, and personnel must be well-versed in appropriate laws.

Recruiters must focus on applicants’ verbal and nonverbal communication abilities. Although writing skills are valuable and warrant examination, officers’ ability to effectively relate face-to-face with community members holds the most importance. In the current environment of policing, with heavy emphasis on tactical maneuvers, officers seldom favor training to sharpen their communication skills. However, officers spend much more time talking to complainants, witnesses, suspects, and the public at large than they do engaging in tactical encounters, although all police contacts involve some degree of proper tactics. Clearly, the relationship between the two must be understood.

Unfortunately, many officers may focus on mastering the tactical aspects and not the communication skills that often save the day. Put another way, in the arena of policing the best overall ammunition is skillful communication. Effective communication skills constitute the primary difference between officers who can resolve most crisis incidents without physical altercation and those who cannot.

Common sense is “the ability to think and behave in a reasonable way and to make good decisions” and “sound and prudent judgment based on a simple perception of the situation.”2 Synonyms, like horse sense and levelheadedness, coupled with related words, such as street smarts and practicality, sum it up. Officers need to make common sense part of all their decisions and avoid the extremes on either end of the continuum. Having and applying common sense can both solve and prevent problems.

Characteristics of civility—represented by action or inaction—include tolerance, kindness, consideration, and understanding.3 It has been described as a willingness to sacrifice personal desires for the betterment of the community.4 In policing, the proper use of civility is crucial to overall success. Officers who have appropriate “bedside manner” with citizens avoid many of the verbal and physical hazards prevalent in policing. Civility is not a sign of weakness, and, properly exercised, it can enhance officer safety. One author stated that civility and tactics go hand in hand, calling it “tactical civility.” He argued that maintaining civility, especially in the face of potentially explosive circumstances, can work to officers’ benefit in that they maintain self-control and disguise their state of preparedness and tactical advantage. Additionally, tactical civility reflects well on officers in video, audio, and in the official report, thereby helping to protect them from complaints and lawsuits.5 Civility is not just a nice trait for officers to possess but an absolute necessity.

People choose their careers for a variety of reasons. When they select policing, it is critical for long-term success that they want to help people. The internal desire to make the community better by protecting and serving should drive police applicants. Individuals who do not like interacting with and helping people should not explore policing as an employment option. One author stated that “[o]fficers who think of police work as a calling tend to meet and overcome ethical challenges much better than those who view it simply as a job.”6

“Of course, traditional criteria…still hold importance and warrant thorough consideration. However, 10 other factors prove crucial to a police officer’s success.”

This is not meekness or weakness, but modesty and respect for others, as well as a lack of arrogance and bravado about oneself. In short, humble people do not brag or show off. They have confidence in their skills and do not feel the need to boast about themselves. Police officers exercise a prominent role in society and wield immense authority and power. The proper degree of humility can help engender respect and trust from the public.

In the early 1800s the father of modern policing, Sir Robert Peel, identified this character trait as necessary for police officers.7 Although difficult to achieve, officers should strive for perfection in this regard. This involves self-control or self-discipline and requires an abundance of competence, confidence, and emotional maturity—desirable traits in their own right. Peel recognized that officers who cannot control their tempers would not be well-suited to properly handle people in the wide variety of circumstances law enforcement personnel confront. When police officers encounter citizens who lose their temper, resolving the contact becomes more difficult. If officers respond by losing their own temper, the circumstances become incendiary and often lead to a less-than-desirable result for both parties.

The desire for new knowledge is critical for true long-term success. Like other disciplines, policing continues to evolve and requires practitioners to stay abreast of the expanding knowledge base. Not only do laws change regularly but police practices and tactics evolve too.8 Most departments provide some level of in-service training to their officers. Although this is appropriate, officers also must seek out new knowledge personally and simply not expect their departments to provide all their training and education. Applicants who have a history of seeking new knowledge in previous occupations likely will grow with the police agency.

These attributes are not presented in any rank order. All are important for success, and they function in a symbiotic relationship and help produce an all-around top-notch police officer. Such personnel stand out in their departments in large part because they have an abundance of these traits and exercise them routinely. Of course, these attributes are not the only ones of concern when agencies hire an officer. However, they certainly are worthy of attention and likely will enhance the overall quality of the new workforce.

1 Keith D. Bushey, “My Expectations of You in the Areas of Courage and Ethical Behavior,” Police Chief, August 2000, under “Focus on Ethics…Expectations of a New Law Enforcement Officer, http://www.keithbushey.com/expectations-of-a-new-law-enforcement-officer (accessed November 20, 2014).

“The internal desire to make the community better by protecting and serving should drive police applicants.”