By Cary A. Friedman 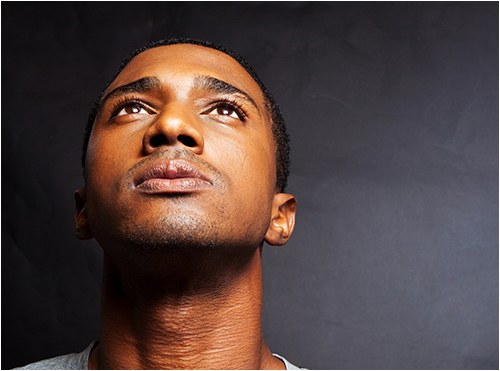 Some instructors, such as the author, feel privileged to teach law enforcement officers how to nurture their spiritual side. Usually, police trainers help officers negotiate the physical, emotional, and psychological challenges and dangers they encounter throughout their careers. However, the spiritual trials and necessary responses during a law enforcement career differ significantly from other tribulations and resolutions.

When officers confront ordeals in other dimensions, they aspire to survive them. They work hard and hope to remain unscathed, like when they first entered the profession. Most officers start out physically robust, emotionally healthy, and psychologically strong. They hope to retire in that same condition after serving a long career in policing.

Dealing with law enforcement’s physical challenges and threats accounts for most of the training officers receive. However, they rarely view the career primarily as a means of developing and enhancing physical well-being. Few young people have chosen policing careers because they aspire to cultivate and enjoy optimal emotional and psychological health. Stress and trauma become part of the job, and officers sometimes carry emotional issues due to their experiences. They endeavor to survive and remain unharmed.

Trainers often provide insights and practical tools to meet the physical, emotional, and psychological adversity of law enforcement. The greatest success occurs when an officer retires from a long, active career without too many scars. In such instances, spirituality seems to set itself apart from policing’s other aspects.

Individuals become defined by their spiritual dimensions—the place inside where values, aspirations, fears, hopes, and the essence of their being reside. The human spirit drives people to act and accomplish. The most intensely spiritual motivators that inspire people to pursue a law enforcement career appear to include a desire to make a positive difference in the world; champion noble ideals, like freedom, justice, and the sanctity of human life; protect the weak and innocent; and battle evil.

Many officers enter the profession motivated by spiritual ambitions just like these. They might not recognize their motivation as intensely spiritual, but if they become aware and train accordingly, that spirituality can grow throughout a career in policing. 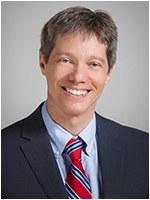 Rabbi Friedman is a law enforcement trainer; author; and associate director of an institute dedicated to officer survival.

The physical, emotional, and psychological aspects of a career equate to the details, but not the essence. Challenges, stressors, and efforts in those dimensions liken to the mechanics of getting the job done. They are technical facets of the profession, insofar as performing the duties of a law enforcement job require involvement and present significant challenges.

No person enters the profession and says, “I look forward to being involved in physical altercations with people” or “I can’t wait to experience the emotional and psychological traumas of this job.” These become incidental aspects of the career. They seem nearly inevitable, but they remain merely features of the career, not the career itself.

The essence of the career belongs directly in the realm of the spiritual. Officers may engage in physical combat and experience emotional and psychological trauma in pursuit of their goals to help people and champion justice; however, these tribulations do not establish the purpose of the career.

Imagine a Sunday afternoon when siblings decide to visit their mother. To get there, they must deal with the complexities of driving along highways or navigating public transportation. They decide to drive, but their car breaks down. Luckily, one of them knows something about car repair. So, after a quick fix, they hit the road again.

The purpose of their outing remains to visit their mother. The process of driving and the application of car repair skills are the mechanics needed to fulfill their goal. An unsympathetic, cynical observer might argue that they enjoy driving and riding, and chose their mother’s house as a convenient stop to use the restroom or get some food before returning home. But they know differently. They understand the reason for enduring the effort and inconvenience to make this trip.

This example demonstrates the difference between physical, emotional, and psychological aspects and the spiritual dimension. Although they may not use the term specifically, cadets enter law enforcement with deeply spiritual aspirations, and they recognize that fulfilling those goals requires involvement in the mechanics (physical, emotional, and psychological aspects) of their career.

The world of the human spirit proves significant. It motivates individuals to choose this occupation. Officers sometimes indicate that they considered a career in the clergy before deciding on law enforcement. Both professions convey deep aspirations of a noble human spirit to serve a transcendent cause to attend to the welfare of human beings.

As soon as cadets enter the law enforcement profession, they become distracted by its glamorous mechanics. No one ever seems to mention the spiritual motivations of the job that initially brought the new recruits into the field.

Psychologist Carl Jung observed a curious phenomenon about deeply spiritual people who do not nourish their spiritual side. If they withhold the spiritual sustenance their souls need, they begin to experience existential pain.1 When these individuals understand the source of their pain, they know how to address and resolve it. However, if they do not realize it, they engage in obstructive behaviors while hoping the pain will diminish. A person with unfulfilled spiritual aspirations becomes capable of wreaking havoc when dealing with this pain because attempts to relieve it can prove destructive. The pain does not go away, and efforts to alleviate it often increase it. Jung considered this the reason 12-step programs, with their heavy emphasis on spirituality, succeeded in helping so many people whose spiritual nourishment had been withheld and who tried to numb their pain with self-destructive, addictive behaviors.2

Cadets enter law enforcement careers aspiring to give expression to, nurture, develop, and exercise their spiritual side, which needs regular, sustained replenishment for health. If they obtain that nourishment, officers often become more profound human beings and achieve a level of mature idealism. If they do not receive that sustenance, realize they are spiritual beings, and know they need support on that plane, they likely will end up frustrated, confused, depressed, or dispirited.

Almost nothing in these officers’ careers will remind them of their innate spirituality. Several aspects of the job may distract them and convince them that their careers center on the physical dimension. Without proper recognition and guidance, their efforts will prove counterproductive, and their pain likely will increase. Their efforts to numb that ache will continue in the wrong direction.

It would be frustrating to aimlessly drive around for hours (or years) because of a forgotten destination. This would become tedious and taxing because of a lack of purpose. If officers recognize the spiritual aspirations that drew them to the profession; acknowledge, own, and celebrate that aspect of themselves; and use their career achievements—both victories and defeats—to nourish their spiritual side, they will experience the job as originally intended to enhance their spirituality and become more compassionate, ethical, and profoundly human.

Most officers prefer not to sidestep the spiritual aspect of their careers and themselves. They want to feel, embrace, nurture, and enhance it. Ignoring this essential part of their essence often weakens them. However, acknowledging and nourishing it strengthens and fortifies officers.

Law enforcement officers do not merely want to survive in the spiritual realm of their careers. They would rather thrive in it. If recent headlines taught us anything, it is that our society needs empathetic, moral, and deeply human officers. To achieve this, they must embrace their spirituality.

The author may be contacted at caryf@lawenforcementsurvivalinstitute.org.