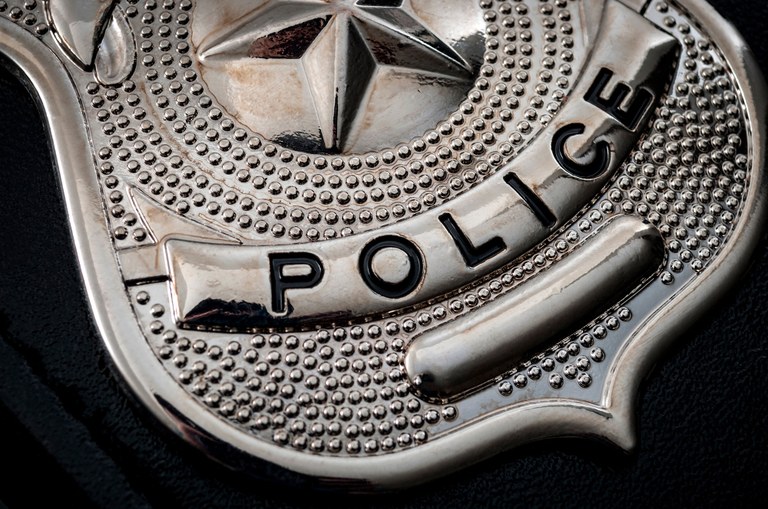 The first sentence of the Fond du Lac County, Wisconsin, Sheriff’s Office mission statement includes the word fair, meaning “marked by impartiality and honesty: free from self-interest, prejudice, or favoritism.”1 Fairness involves treating people equally or in a way that proves right or reasonable. These concepts remain with us through life and seem especially pertinent to law enforcement.

Every day, officers find life unfair, and many other people do as well. It is wrong that children are molested, women are beaten, and people die in car crashes. As part of the justice system, officers help bring a sense of fairness back to what often seems unjust.

Individuals grasp the concept of fairness at a young age. Children learn to play fairly and treat everyone impartially when making choices that affect others.

Adults often tell youngsters who complain of perceived injustices that life is not fair. Sometimes, parents experience this daily as children gradually learn this valuable lesson. Young people confront actions they often analyze alongside other incidents. They soon develop the mental capacity to determine what seems right or wrong.

Analysis of situations continues into the teenage years, when life seems even less fair. While growing up, many adolescents often hear or say, “It is not fair, Sara got a new car!” or “It is unfair that Nick gets to stay out past midnight and I don’t!” Life remains unjust, and sometimes youngsters repeatedly point out such circumstances.

Continually hearing adults say that life is unfair becomes tiresome. At this point in their existence, people are in a position to either make things right or accept that sometimes life is not fair. They can move on instead of dwelling on what they cannot control. Some individuals get stuck on the idea of unfairness, while others stop using excuses and make the best of a situation.

Fairness often relates to the topic of justice, which involves the need to determine right from wrong. To carry out their responsibilities, three of the major components of the judicial system—the legislature, law enforcement, and the courts—must determine fairness.

The legislature exists to enact, amend, and repeal laws. Fairness begins here because legislators determine which laws to sanction to keep the public safe. One of the most significant factors involves deciding what seems fair.

Not long ago, women’s voting was against the law, slavery and segregation were legal, and alcohol was illegal. Today, these laws are reversed. Voters determined they were unfair, and the legislature reacted and reformed them. This ongoing process enables changes across the nation.

Fairness must constitute one of the key pillars of law enforcement. Without the public’s perception of impartiality, police officers face increased struggles. Some people argue that citizens who consider their law enforcement agency fair more likely will cooperate, call on police, and support the department.

Recently, some individuals have protested the actions of their local law enforcement organization. Most of these demonstrations resulted from the perception of someone experiencing unfair treatment by officers. Police may have acted appropriately, but the public perceived the results as unjust.

Law enforcement agencies gain more cooperation from suspects who feel officers have dealt with them fairly than from those who believe they have received unfair treatment. This demonstrates why treating people justly proves important. Not only will police officers obtain better support today but, by representing law enforcement as fair, they will garner assistance in the future. It could mean the difference between an individual complying or becoming physically combative with police.

The courts decide whether laws were applied properly. Determining fairness remains a big part of that decision. Laws are designed to be fair, and the courts must ensure they are followed.

Additionally, courts impose sentences on people determined to be guilty of violating the law. The judge decides on a fair sentence based on the crime committed. In many judicial systems, sentencing tables have become more commonplace. One person should not receive a harsher punishment than another individual who committed the same crime under similar circumstances. To avoid this, many state legislatures passed laws giving judges less discretion and more specific direction for sentencing on certain crimes. This increases fairness of the imposition of a sentence.

Agencies need to deal fairly with the public they serve, and it proves just as important for leaders to exhibit fairness with their employees. Impartial employment and allocation practices comprise significant components of this concept.

“Individuals learn the concept of fairness at a young age.”

Leaders should address whether their agency’s hiring and promotion processes demonstrate fairness. What about the pay structure and benefits, such as vacation and overtime? Agency heads must determine if these policies are unbiased, and employees should perceive these decisions as just.

Unfair labor practices—or even the perception of them—can lead to bigger issues, such as low morale and productivity. Eventually, the public could see the agency as unjust.

Impartiality in allocation of resources proves important. Agency leaders sometimes may cater to divisions or special teams they belonged to earlier in their careers. A SWAT team could receive more funding than other special teams because the chief was a SWAT member. A jail might obtain more money because the sheriff served as a prison administrator. Sometimes, leaders receive reminders to remember where they came from; however, they must balance that idea with avoiding the impression of favoritism and unfairness.

If law enforcement leaders remain fair and consistent in hiring and promoting employees and allocating resources, personnel will view the agency favorably and support its goals and policies. In turn, if officers and civilian employees serve the public with fairness, their jobs will become easier because citizens will honor the organization’s objectives and strategies.

Fairness in enacting, amending, applying, and repealing laws; public relations; employee hiring and promoting; and resource allocation prove essential for successful law enforcement operations. Impartiality must be an integral component of law enforcement agencies for them to succeed as productive organizations.

Captain Waldschmidt can be contacted at ryan.waldschmidt@fdlco.wi.gov.