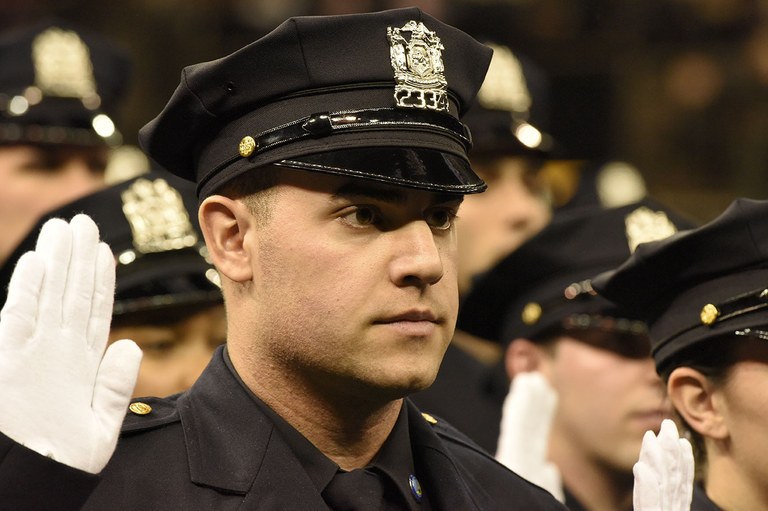 Law enforcers have many loyalties: their partner, unit, agency, promises made, and oaths sworn. However, if any of these should come into conflict, where will an officer’s greatest loyalty lie?

Oaths, including affirmations, for public office too often seem perfunctory—a quick one-time request to “Raise your right hand and repeat after me.” Most are conducted with little indoctrination and lesser follow-up throughout an officer’s career.

Once that commitment gets tested, the true meaning of what should have entailed a solemn rite comes to the fore. Hand raising with pomp and circumstance means little in terms of how someone truly values and adheres to the oath at the time it is challenged.

The essence of a public oath extends beyond mere symbols and words—thus lies the crux of this part of a law enforcer’s professional life. By raising a hand while reciting an oath publicly, an officer openly communicates in both words and gesture what should represent a wholehearted commitment. It should be a transforming experience.

Officers should not take a solemn oath until they examine its true and implicit meanings to fully understand and completely accept what they ardently are committing themselves to do. They need to have a strong conviction to endure long after the emotion of the moment has faded and years of adversity have pummeled its ardor. 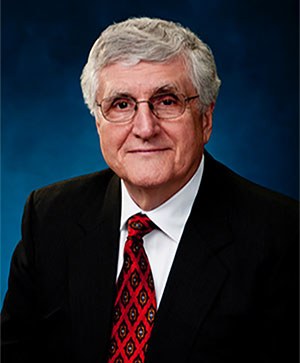 Mr. Meister, a retired FBI supervisory special agent and instructor at the FBI Academy in Quantico, Virginia, is an author and private consultant.

In the United States, all public office oaths require true faith and allegiance to principles of lawful authority derived from the Constitution. This should not be just to a document or a few carefully crafted words. Officers should embrace the ideal behind it all, that which sets our framework for governing in deference to law and a Bill of Rights that impacts everything public officials do. This framework defines where an oath’s license to empower appropriately lies and also provides the basis for evaluating anything that tests its premise.

Officers may be tempted or compelled to subjugate their public service oath to a lesser loyalty or friendship. However, they must deny the immediacy and intensity of any situation or another person’s expectation that may cloud their resolve to fulfill what they have solemnly and publicly sworn.

Oaths of office must trump all other promises and commitments largely because of the principle of public trust. We hear the term occasionally, but mostly as an afterthought in a news article pertaining to the arrest or indictment of a government official. Unfortunately, this principle, occasionally referenced as almost sacred, is seldom fully explained in any formal sense and too often recognized “after the fact.”

A fine line exists between the need for the public’s caution and the degree of trust afforded public officials to do their job. Democracies—where the public elects, empowers, and allows a select few to govern many—depend on this important principle. While the concept of public trust may be somewhat difficult to articulate and fully appreciate, as many ideals are, the implications for an official can be very real. Public trust lies at the core of a law enforcer’s ability to perform effectively.

The level of trust citizens have in their police officers ultimately determines the extent to which they will help (e.g., cooperate to solve crime, maintain order, comply, assist a beleaguered officer) and support (e.g., increase budgets, grant needed authority, appreciate and recognize) them, helping to fulfill their official and sometimes personal needs.

A law enforcer’s impact on individual lives may be greater than that of any other public official. Nowhere in the public service realm can the relationship between citizen and government mean more in times of stress and discomfort. While all government institutions must uphold the public’s trust, it falls on police to enforce the framework of our social order with direct, very visible, sometimes contentiously personal, and even deadly impact. For this reason, law enforcement always will bear the greater burden of this important principle.

Unfortunately, little time and effort goes toward addressing the importance of a public service oath regarding its role in securing and maintaining the general public’s trust. It is key to our Constitution’s purpose: “…to form a more perfect Union, establish Justice, insure domestic Tranquility, provide for the common defence, promote the general Welfare, and secure the Blessings of Liberty to ourselves and our Posterity….”1 Further, such an oath forms the foundation for law and order in a uniquely diverse populace and enables the majority to realize that ideal here more than in any other country.

This may sound sentimental to officers working adversarial environments where the public’s reception seems skeptical or downright hostile. However, public trust holds validity when considered within the whole of law enforcement. Any official’s irresponsible action can impact far beyond the immediate circumstances.

“By raising a hand while reciting an oath publicly, an officer openly communicates in both words and gesture what should represent a wholehearted commitment.”

A long list of important moral principles and values, like honesty, commitment, openness, and fairness, underlie the oath and its connection to public trust. Government personnel are employed in the public sector based on professional merit and examination, and such merit stems from the public’s perception of their commitment to those values.

When new recruits accept the provisional symbol of authority in a badge or credentials and solemnly swear in public to all that backs it up, they willfully assume a large part of the public’s trust. While the public largely relies on hope, faith, and the expectation that officials will perform accordingly, processes exist to help reinforce this sentiment. A free press and transparency through freedom of information is one, and official oversight from legislative, judicial, and internal scrutiny is another.

But, equally, if not most important, is the solemn oath of office. The oath helps bolster every citizen’s faith and belief that those sworn will live up to the ideal it represents and do so unconditionally.

More effort should go toward keeping the importance of this solemn rite current throughout a public service career. Some oaths may need rephrasing to better articulate their direct relationship to the ideal behind it all. Repeating the oath or reemphasizing its importance during career milestones, such as promotions, transfers, and other official occasions, could help keep it current in officers’ minds and will. This could help beleaguered officers navigate a perplexing quandary other loyalties and dilemmas can coerce.

For instance, a dear friend or loyal colleague has committed an egregious wrong, and a strong desire to protect or lessen the consequences lies heavy in an officer’s heart. That is when the ideal behind the oath—what is larger and greater than oneself or anyone else—must win the day.

Oaths for public office deserve a lot more effort to educate and indemnify than a one-time “repeat after me….” The most loyal law enforcing men and women stay true to oaths they have taken, honestly and courageously valuing their sworn duty in the highest realm. They also expect the same from others.

“More effort should go toward keeping the importance of this solemn rite current throughout a public service career.”

Mr. Meister can be reached at apmeis45@gmail.com.