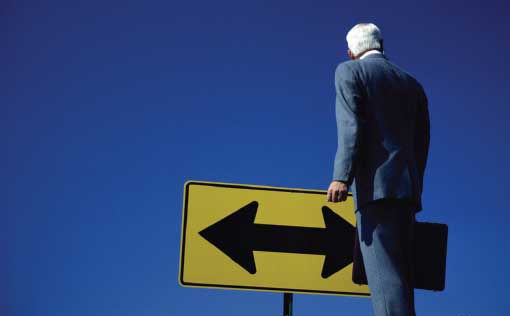 As everyone does, those who take an oath to protect and serve the public also face ethical dilemmas. When such situations arise, officers carry the burden of deciding which road to take. They deal with temptations continually. Most law enforcement personnel make the right choices; however, as in any profession, some have made poor decisions. And, once a transgression becomes public, it often leaves those who know the perpetrator shocked and confused.

Ethical decision making simply involves thought processes. Of course, life is not always black and white with obvious answers. In the wake of a bad choice by a law enforcement officer, questions arise. Why did he take such a stupid risk? What was she thinking? Did they expect to get away with it? Why do people sometimes behave unethically?1

Moreover, everyone likes receiving recognition or rewards for a job well done. Leaders must ensure that personnel receive appropriate recompense for ethical behavior. Agencies may feel that high ethical standards simply are expected. That is true. Those burdened with upholding the law must live above reproach. However, this does not mean that properly modeled ethical behavior does not deserve recognition. Public acknowledgment of exceptional principled conduct provides other personnel the opportunity to visualize exactly what the department expects from them. To identify issues and understand consequences, people have to be educated.

Through a simple assessment, leaders can determine if employees receive sufficient instruction. Each negative answer to several questions exponentially amplifies the likelihood of unethical behavior.2

Identification of the issues makes the consequences easier to understand. Law enforcement organizations face the challenge of moving from a reactive mindset to a proactive one. All too often, changes result from hindsight, not foresight. Agencies must proactively eliminate the barriers that cause unethical behavior. To this end, adopting counternorms and falling into groupthink represent the two most dangerous hazards that organizations may encounter.

If, through words or deeds, leaders have sent the message that the agency will tolerate unethical behavior, the organization may adopt counternorms, employee-accepted practices that act contrary to prevailing ethical standards.3 For example, the social order has clearly identified such concepts as being open and honest, following the rules, and acting as a team as valuable traits. Agencies with employees guided by counternorms value being secretive and devious and doing “whatever it takes” to get the job done. Shifting between proper standards and counternorms can create ambiguity, which may lead to unethical conduct.

In an environment rife with unethical behavior, employees may exhibit groupthink, a mode of thinking where members of a group show more interest in unanimity than in critical analysis of the issue at hand. Such personnel try to avoid focusing harsh judgment on the ideas of their leaders or colleagues.4 Inherent dangers and pitfalls arise in this situation. “Usually, the more complex an issue, the more likely groupthink can take over; people are less likely to disagree when they don’t have all the facts. It is a process of rationalization that sets in when members of a team begin to think alike. It occurs when a group places higher priority on organizational counternorms that lead to organizational benefits, thus encouraging and supporting unethical behavior.”5

“Why do people sometimes behave unethically?”

When faced with an ethical dilemma, some people have difficulty putting aside their ego and asking for feedback. According to experts, emotionally intelligent individuals deny their ego, possess self-confidence, and seek counsel from others prior to making tough choices.6 Law enforcement officers are self-confident and intelligent, so why would they not do so? For them, it is easier said than done. They feel that asking someone else for feedback requires them to be vulnerable to that person.

And, in light of the expectations they feel they must fulfill, police often consider vulnerability as equal to weakness. More specifically, officers seeking feedback may perceive that asking someone else for advice relegates them to a subordinate role. This perception, that it is weak to confer with others, carries danger. Two heads truly work better than one. In this regard, the temptation to behave unethically resembles a flowing river that searches the landscape for the path of least resistance, seeking out the weaker pockets of earth to make traveling easier. Soliciting feedback and sharing the burden enables others to bring attention to those weaker areas so they will not be overwhelmed when the water approaches.

Society’s guardians value courage above most any characteristic, considering it an indispensable commodity. Law enforcement personnel represent the community’s last line of defense. It is the officers who run toward the gunfire. Across the nation every day, agencies conduct training on how to remain courageous under fire. Yet, does it not require bravery to make ethical decisions? While agencies likely will not dispute that fact, how often do officers receive ethics training? Of course, law enforcement personnel must hone the skills that could mean the difference between life and death. However, officers face ethical predicaments more often than shootouts in the street. Moreover, ethical breaches have a tremendous potential to ruin careers.

Why does the subject not receive more attention? Perhaps, the very word ethics can raise many questions. Is it just a fancy word for doing the right thing? Will it be interpreted as another way of controlling people under the guise of a moral code? Will the training really make a difference? It takes courage to lead in this area. It takes courage to conduct a cultural analysis of the organization to determine how it stacks up and to create strategies for a desirable outcome. The key to success lies in discussing ethics and equipping the men and women of law enforcement with the tools needed to be victorious when faced with a dilemma.

Officers display courage when they must make a decision in the midst of several unknowns. Investigators make cases on tangible facts. Unknowns that hang in the air like so many gnats are death to an investigation. But, an investigation can be suspended; an ethical dilemma cannot be avoided. Just as running toward the gunfire requires bravery, it takes courage to make a decision when not everything is known. And, it takes wisdom to use all available resources to close the gap between the known and the unknown.

Anyone easily can get caught up in circumstances. Some law enforcement personnel call it “tunnel vision.” When it occurs, officers simply can turn their head to the right or to the left. That small movement disengages the brain long enough to bring perspective back to the situation. This also applies to ethical dilemmas.

The potential for unethical behavior always looms, and no one is above it. The difference between success and failure lies in the strategy employed. Agencies and their officers must face ethical dilemmas proactively, with measures already in place. Ethical decisions are not always easy, and the right answer does not always make itself readily known. It is vital to a department’s success that those involved are not caught with their guard down.

“...does it not require bravery to make ethical decisions?”