In January 2021, my department experienced its first officer-involved shooting that resulted in the death of a suspect.

Within 16 hours of the knife-wielding individual being shot during a domestic violence incident, activists from the neighboring metropolitan area wrenched the narrative away from the police via social media. They called for justice through a “direct action” march on the city hall complex, declaring police had “executed” a man during a mental health crisis.

After the 31 hours following the shots-fired radio call and explosion of violence that damaged our police facility, I experienced the greatest health scare of my life. This had me question my continued role as a leader in policing.

In recent years, law enforcement has started addressing the internal struggle for physical fitness, work-life balance, and mental health care for line officers dealing with day-to-day conflict. Gone are many of the old mindsets of police leaders and mentors who said “suck it up” or encouraged, with a wink and a nod, younger officers to drink away their stress. Many organizations have replaced harmful practices like these with employee assistance plans, mental health counseling, and physical fitness programs and incentives. Additionally, personnel receive a general education on recognizing the stressors leading to harmful behavior. 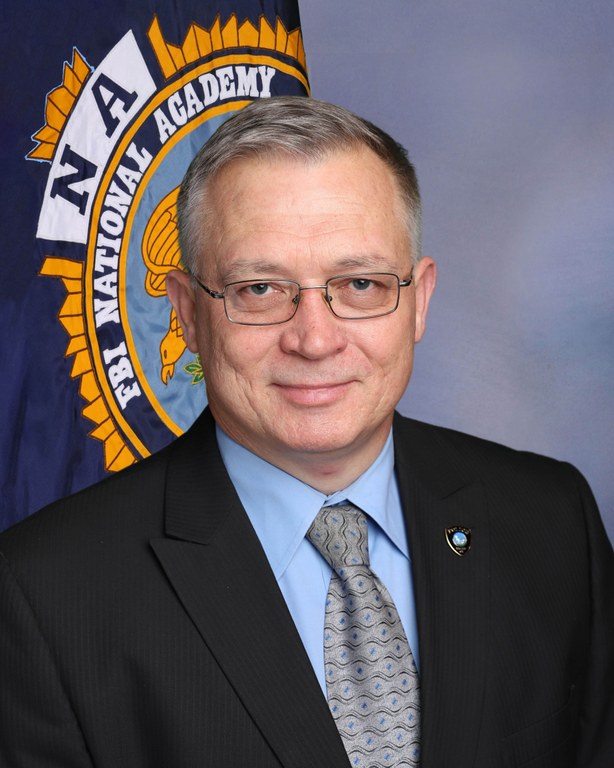 Lieutenant Charlton serves with the Tigard, Oregon, Police Department and is a graduate of FBI National Academy Session 281.

However, those of us in leadership can miss the obvious signs of personal burnout. As supervisors and managers, we spend so much time “watching out for the troops” that we fail to conduct self-checks. Sometimes, we look in the mirror and ignore the signs.

Chronic situational stress brings feelings of helplessness, hopelessness, disillusionment, and a negative view of our work or colleagues.2 Unchecked, this can lead to physical, mental, or professional danger, bringing us to a breaking point where we can no longer cope with our environment.3 Our peers and friends in law enforcement can sometimes be reluctant to mention an issue or intercede when they see the signs. Further, the processes in place to help officers are not always open to the “brass” or may be restricted in some way.

Agency physical fitness programs in my region are normally negotiated with the line officer’s bargaining unit. A monetary incentive to complete my department’s onboarding fitness test is open to union members only, leaving supervisors to find their own motivation to take part.

Two months before the pandemic, I transferred from an active patrol assignment to an administrative role in investigations and internal affairs. I spent the next six months researching and creating policies and procedures related to the virus and limiting its spread. Like most governments around the nation, my city was in crisis mode while dealing with COVID-19’s overall impact.

Then, the nationwide response to George Floyd’s death increased the sense of urgency and stress as we implemented changes required by state and local leaders. I spent days driving back and forth to work wondering what emergency would be next. Personnel management problems increased as people in the division exhibited stress brought on by the pandemic. There always seemed to be another urgent matter around the corner. I was becoming a “reluctant manager” while being reactive and failing to anticipate employees’ needs.4

For the first time in my career, I was violating a personal rule to never take work home with me. Because I felt behind, I worked on projects and policies in the evenings and weekends. This cut down my working out to only one night per week — I told myself that would have to suffice for now. Fortunately, things were good at home with my family. However, I gained 15 pounds during 2021. I was slowing down, my joints ached, and, while unaware at the time, I was often in a fog when away from work.

Then, January 2021 came, and the officer-involved shooting occurred. The protesters arrived and immediately turned violent, creating a riot. After the damage was done, the investigators began to track down the riot organizers. But, I was a manager, an administrator “chained” to a desk.

While the detectives searched for suspects, I took a break from paperwork and received my first COVID-19 vaccine at the local fire department. My blood pressure was so high that a physician was called in. What he said chilled me: “I don’t think we need to load you into an ambulance, but you need to see your doctor soon.” At my previous checkup eight months earlier, my blood pressure was normal.

After a series of medical tests over three months, I learned my high blood pressure resulted from my choices and environment. The doctor told me if I left law enforcement soon, my blood pressure could return to near normal levels. Of course, the caveat of “with proper diet and exercise” was added.

I was stunned! Leave police work after only 22 years? Was I ready? I did not think so, but I needed to look back over the past year. As I took stock, I struggled to come to grips with my self-image. While on the surface I was a contributing member of the command team, underneath I struggled to keep my head even near the surface. I did not like my assignment, asking myself several times, “When did I stop being a cop?” Daily, I wondered why my job was important and where it was taking me. I was becoming something I despised in others — a placeholder or a roadblock.

I decided I needed a change, or I needed to change. The first choice would be to just get out of the way, to stop being an obstacle if others could find passion in the work. Alternatively, I could start down a road toward personal growth.

My first step was to not look at my work the way I had. I can view it as a challenge or goal, but I should not consider my work and tasks as simple drudgery. A new path requires a new way of viewing the job.

Next, I focused on my health. While I still took the blood pressure medication, I tried to get back to regular workouts and healthy eating. I stopped my excuses and planned my exercise for each week. It was a struggle to break the habit of not working out, but I succeeded.

Finally, I put myself back into a learning mindset, seeking a graduate degree. Rather than turning away from this career that has supported me, I am regaining my purpose. Also, opening a book to learn has always been freeing for me, challenging my mind and helping to relieve my stress.

“ … those of us in leadership can miss the obvious signs of personal burnout.”

I know other leaders in law enforcement are in similar situations. They manage the everyday stress of the job their own way. However, with the outside tensions of the last couple of years closing in and pressuring noble people in unyielding ways, these conscientious leaders find it more difficult to shed the accumulative stress. But, change can happen.

Apathy and complacency may slowly take the focus away from what is important in your job. Do not let it sneak up on you.

Look into methods of wellness and mindfulness, as I have, and apply them. Reestablish a healthy routine.5 Manage your stress, get physical exercise at least three times per week, include people outside of law enforcement in your social network, find a quiet spot to use relaxation techniques, and follow healthy eating habits.6 Eating well does not mean trying out the latest fad diet but establishing a lifestyle of healthy, unprocessed foods. Plan your meal preparation ahead of the workweek so you are not searching for a quick solution to fit your schedule.

The change of course I am recommending should not seem daunting. I am still in the process of modifying my daily life to achieve success, so remember to be incremental and purposeful as you start. Our officers need effective, diligent managers who have their employees’ best interests in mind and see the bigger picture. Those leaders must also be clearheaded and focused, ready with a supportive word or guiding hand.

We cannot be the leaders our people need if we do not routinely take stock in our own well-being. Public servants deserve to have the best leaders possible in these difficult days of law enforcement. Do what you teach others to do — be well and passionately serve as an example. Do not wait. If you put it off until tomorrow, whom will you leave behind today?

“We cannot be the leaders our people need if we do not routinely take stock in our own well-being.”

Lieutenant Charlton can be reached at nchar111@gmail.com.