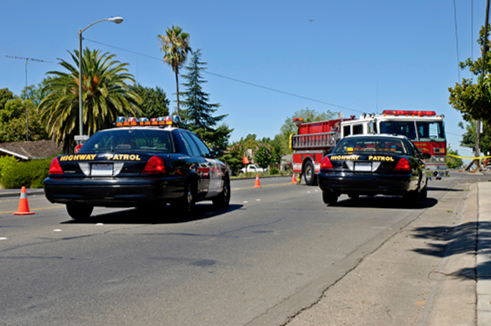 Public safety consolidation unites police, fire, and emergency medical services into a single unit. Various types of mergers exist, some involving only two of the three organizations. Advocates refer to increased savings and improved coverage as reasons for combining. Opponents say that it costs jobs and decreases security.

Consolidated public safety services existed in ancient Rome. After a fire in the city in 6 C.E., the Roman emperor shifted firefighting responsibility from bands of slaves called familia publica to a new unit of freedmen known as vigiles or vigiles urbani—city watchmen. The army was barred from the city limits, and Rome had no police force, so the vigiles also became law enforcement officers.

By day the vigiles served as police officers, and at night, when most fires occurred, they functioned as fire-response crews. After six years of service in the vigiles urbani, a freedman was eligible to become a citizen, a highly desirable status that resulted in upward social mobility.1

Public safety consolidation continued for centuries throughout Europe. Today partial consolidations exist, while fully integrated services remain scarce. In Great Britain combined police and fire responsibilities were the norm until World War II. Nazi bombings of London forced the nationalization and separation of law enforcement from fire protection. Germany and Japan maintained united services throughout the war, after which the allies deemed it undesirable to have police officers working as firefighters and subsequently separated the two.2

Consolidated services exist in North America, some dating back more than a century. In 1911 Grosse Pointe Shores, Michigan, created the first department of public safety in the United States by combining police and fire departments. By including paramedic services, this became the first community to triple-train its public safety officers.3

Today Michigan has more consolidated departments than any other state. It provides organizational models across the United States and to foreign countries. For example in February 2011 an 11-member delegation from Sweden toured the state, examining these paradigms.4

In 2010 Walker, Michigan, with a population of 23,537, considered a new organizational structure for its police and fire departments. The fire subcommittee reported that it did not recommend the creation of public safety officers. The proposed nominal consolidation was to provide management accountability while preserving the technical expertise of existing police and fire staffs.8

In the 2010 police department report, the public safety director indicated difficulties due to layoffs and unfilled positions, but made positive comments regarding administrative consolidation. The 2010 fire department report was similarly affirmative.9

In the late 1970s, Grosse Pointe, Michigan, consolidated fully. The Citizens Research Council of Michigan recommended the merger in July 1976. The council’s executive director indicated that combining police and fire services was feasible and could improve assistance at a reduced cost.10

According to the 2011 Public Safety Annual Report, full consolidation continues to serve the Grosse Pointe community well.11 The merged public safety force responses increased 5 percent to 5,322 for police service calls in 2010. Firefighting activity increased slightly in 2011. Out of 386 calls, actual fires comprised a small number, with only five reported monetary losses of $500 or more.12 In 2009 Grosse Pointe arranged with a transportation company to provide ambulance service, thus, adding medic and advanced life support units. In 2011 citizens made over 188 ambulance requests, and the average response time was just four minutes.13

These examples involve small, suburban communities; however, combining services also makes sense in larger urban settings. A recent International City/County Management Association (ICMA) article identified a regional government approach as another type of consolidation. The director of research and public safety programs at the ICMA Center for Public Safety Management indicated that integration reduces costs and improves operations. This may mean consolidating local governments to form regional ones. This already has occurred in Indianapolis, Indiana, and Charlotte, in Mecklenburg County, North Carolina.14

Indianapolis created a department of public safety that, according to its 2012 report, will remain a national model by integrating the police, fire, homeland security, animal care and control, and communications divisions into one department. This structure increases operational effectiveness by leveraging the strengths of the individual sections. Each division has its own operational goals and unique personalities.15 Indianapolis and surrounding Marion County comprise a consolidated administrative unit governed by a city/county council known as Unigov. Established in 1970 this body merged city and county governments. Walker, Grosse Pointe, and Indianapolis provide examples of three different types of consolidation.

“Advocates refer to increased savings and improved coverage as reasons for combining. Opponents say it costs jobs and decreases security.”

The International Association of Fire Fighters (IAFF) and the International Association of Fire Chiefs (IAFC) oppose merging police and fire services. These organizations produced a guide to assist community members in countering public safety consolidation attempts.16 They base the rationale for this opposition on the potential reduction of firefighters. The IAFF and the IAFC also give other reasons.

Often, little evidence supports an anticonsolidation agenda. In the 1970s when Grosse Pointe was considering consolidation, the Citizens Research Council (CRC) presented seven arguments against the program to demonstrate how easily they could be refuted.

The council refuted the seven arguments based upon the Grosse Pointe model. It offered numerous counterarguments.

Fiscal savings, greater efficiency, and better coordination of services constitute the basis of the CRC report.

“Such a program is reasonable if certain circumstances prevail; however, not every community meets the requirements.”

Does public safety consolidation make sense? Such a program is reasonable if certain circumstances prevail; however, not every community meets the requirements. Consolidation is feasible in small communities, but may be less workable in larger ones.

Modified types of police and fire service mergers work well in certain settings. Communities seeking guidance on consolidation can find information in community reports on the Internet. A citizen task force or a consultant to study the community’s needs and resources prove valuable when contemplating a merger.

An ICMA Management Information Service report from the 1990s entitled Forecasting the Outcome of Police/Fire Consolidations remains useful.23 This document defines the issues surrounding consolidation, identifies key decisions that communities will need to make, and offers guidance for assessing and overcoming environmental barriers. The report’s most useful feature is the authors’ mathematical model for predicting the effect of consolidation on costs and performance of police and fire services.

The driving force toward consolidation is the opportunity to decrease funding. Fire, police, and emergency medical services usually are a local government’s biggest expenses and raise the most difficult management issues. Merging offers valuable opportunities to reduce spending. The concept provides an alternative for local government managers and elected officials who face demands for more services from communities resistant to paying higher taxes.24

The critical need for communities to coordinate their responses to emergencies is almost as prominent as economizing. “Because of terrorism, police and fire departments today see their roles differently than they did 15 years ago. As the first responders to potential terrorist attacks with a significant responsibility to prevent such attacks from occurring, local police and fire agencies now have a much heavier workload. In light of these changing conditions and increased demands, the public safety concept may be more attractive than ever before….”25

Mr. Morley is a writer, editor, researcher, and an adjunct lecturer specializing in promoting access for students with special needs.

Mr. Hadley began his law enforcement career in 1991 and currently is the director of the Kalamazoo, Michigan, Department of Public Safety.

The authors wish to thank Professor Charles R. Forker, Indiana University, Bloomington, for his advice on the particulars of this article.

7 N.N. Dane, Jr., “Police and Fire Consolidation: What Is Concept Viability in Urban California by 1999?” California Commission on Peace Officer Standards and Training, 1989.

8 Fire Subcommittee, “Report and Recommendations Regarding a New Organizational Structure for the Police and Fire Departments,” memo to the Walker [Michigan] City Commission (May 17, 2010), p. 1.